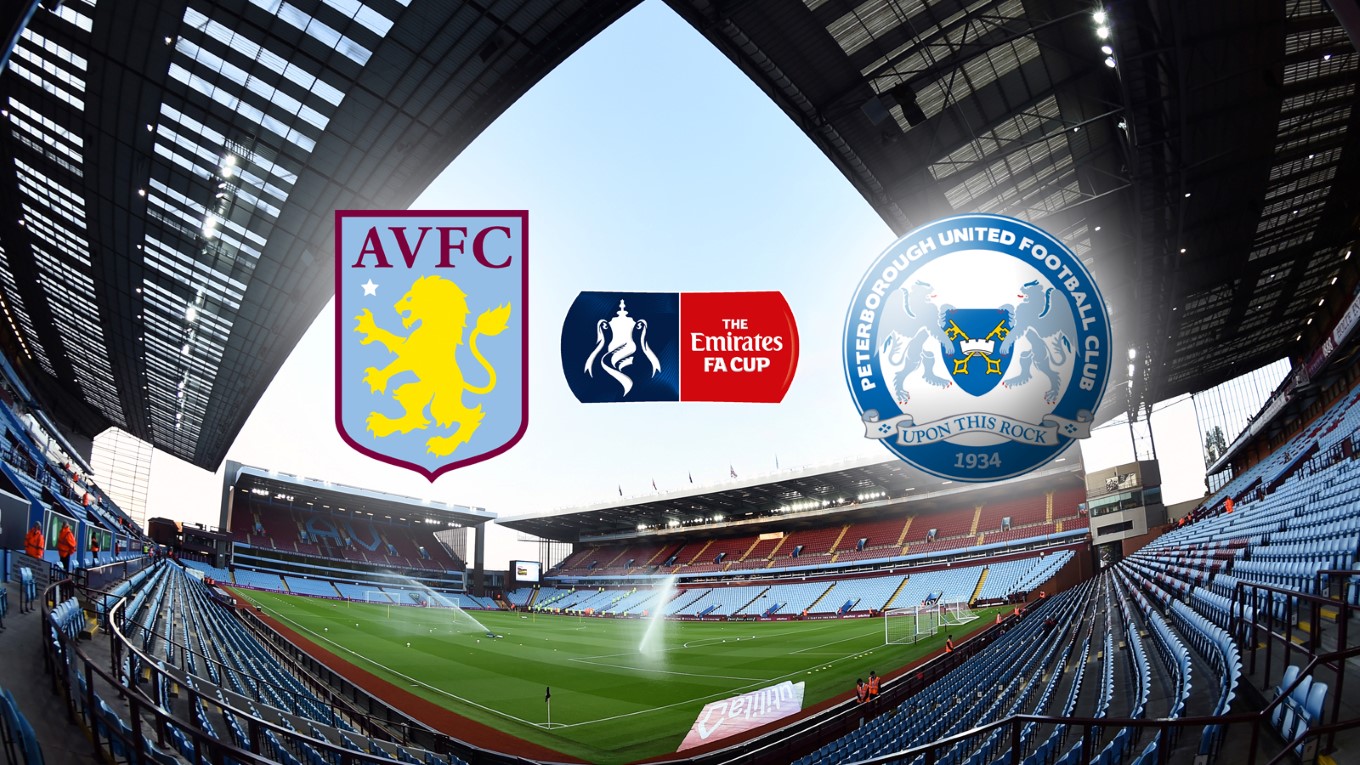 Posh head to Villa Park in the third round of the Emirates FA Cup on Saturday.

Peterborough United travel to Sky Bet Championship side Aston Villa on Saturday in the third round of the Emirates FA Cup (3pm) and Grant McCann’s men will be backed by over 4,300 superb Posh supporters at Villa Park.

Posh made it this far in the competition with victories over non-league sides Tranmere Rovers and Woking in the first round and second round respectively, both ties won in replays and both times Posh scored five goals.

Posh are without the services of talented Welshman Gwion Edwards due to an ankle injury but there is better news on Jack Baldwin who has recovered from a hamstring injury. Ricky Miller will not be available for selection while negotiations continue on a transfer away from the ABAX Stadium.

Steve Bruce’s selection options are set to be boosted further by the return to first-team training of youngster Andre Green. John Terry is also likely to feature - the captain has been missing since November with a broken metatarsal. The 19-year-old has been missing since the beginning September, having gone under the knife to cure a recurring hamstring problem. Terry was sent-off the last time he faced Posh.

“Aston Villa are a very good side, I watched them beat in-form Bristol City 5-0 and they were excellent, but we have some good attacking players in our side and we will go there and play our way. We will be backed by over 4,300 Posh fans and we want to put on a performance for them. I am sure they will have a good day out.”

Tickets will be on sale until 3pm on Friday at www.theposhtickets.com, via the Ticketmaster hotline 0844 847 1934 (calls cost 7ppm plus your network access fee) and in person at the ABAX Stadium.

Robert Jones is the match referee.