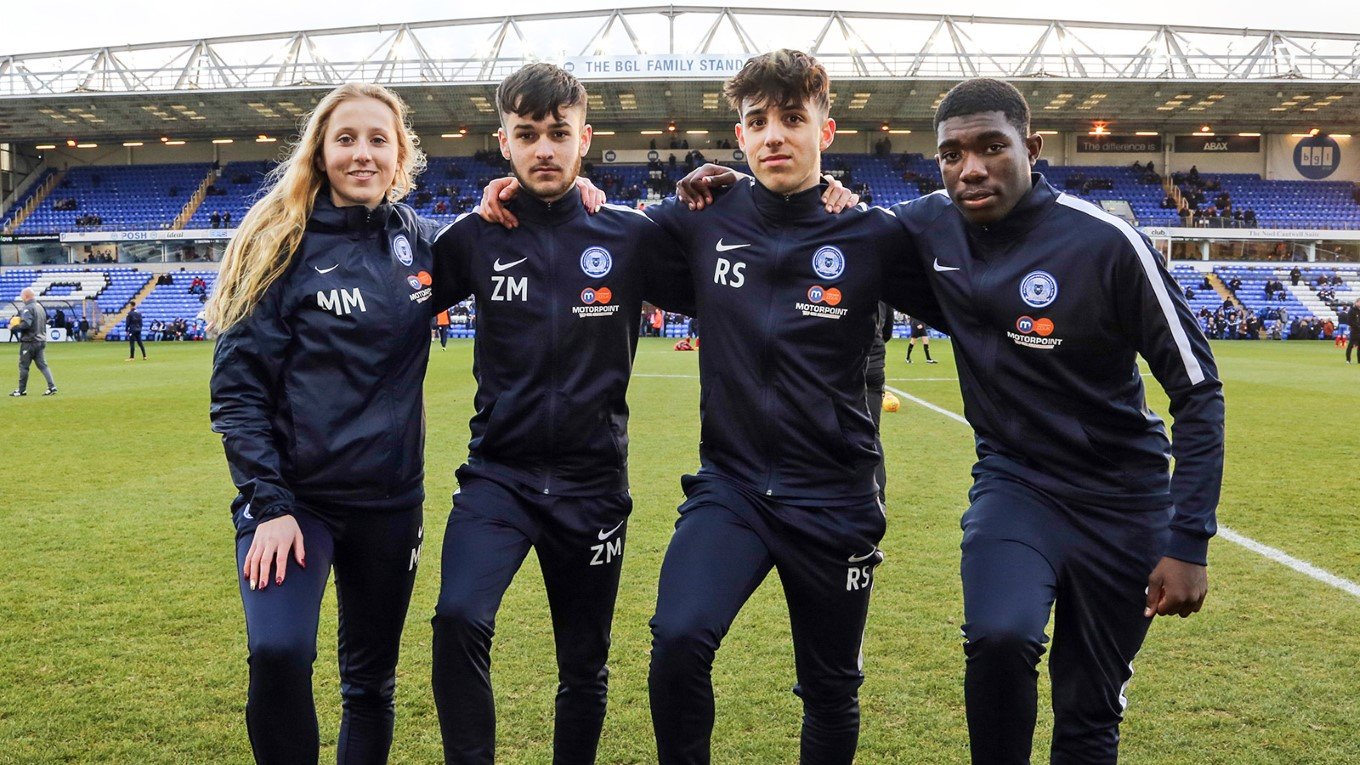 Michael Johnson updates supporters on the latest from the Posh Futsal department.

Our Futsal scholars have enjoyed a short break over the festive period and have had time away. However, we have held events for both the boys and girls to celebrate Christmas as a team. On Friday the 22nd we held a 1st year vs 2nd year fixture at Yaxley FC which was a fantastic opportunity for Futsal scholars to express themselves in a different sport. The game finished 4-2 to the 2nd years who were ecstatic to gain bragging rights until the end of season fixture which we will hold at the ABAX.

The next day more events followed, first being a trip to escape room Peterborough where we saw scholars try varied rooms with only an hour to escape from each of them. The Posh Futsal then travelled to the ABAX to watch first team fixture v Bury FC. The day had been designated a ‘Futsal’ day with our scholars running the fanzone outside the stadium and events pre match pitchside. Not only were there events for our scholars to celebrate the futsal day, in our match day programme there were 5 pages to cover everything from individual player profiles to recruitment dates. Before KO, around 2.40pm we had 4 of our scholars on the pitch representing one stand. Zach Mulholland, Rodrigo Silva, Antonio Jaquite and Mai Moncaster were the players competing against each other on the day at the ABAX. Zach Mulholland conquered the challenge not dropping his ball for the longest while being distracted from club mascot Peter Burrow.

As our Futsal Day was not only just for scholars but also for any futsal related projects, the PDC joined scholars on the day and trophies were presented by first team player Callum Chettle to winners of the PDC awards (Best Trainer, Most Improved)

Ahead of September 2018, The Posh Futsal are recruiting for our unique scholarship programme based at Mick George Training Academy. Our trial dates are open for players aged 15-17, please see below for details.

All Trial days will be held at the Mick George Training Academy/ Nene Park Academy, Oundle Road, PE2 7EA. For any further details or questions please email or to book, email Futsal@theposh.com

GK specific Futsal training returns in February with Jose Lima returning to coaching for the Blues. Jose has coaches over the previous three years for The Posh providing first class delivery for our scholars and youngsters. Jose has played futsal at International level as well as coaching currently for England in a capacity. He is also continues to play at National league standard for local rivals Cambridge United.

If you are a goalkeeper be it football or futsal, get involved. We have limited spaces available and you can find out more information by following our social media @Theposhfutsal or getting in touch by email Futsal@theposh.com. The Goalkeeping sessions will be running once a month on Saturday afternoon’s between 12-3pm at Nene Park Academy. Please look at the following dates:

To book on any of the above or all, please visit https://officialsoccerschools.co.uk/peterboroughunited/ or email Futsal@theposh.com