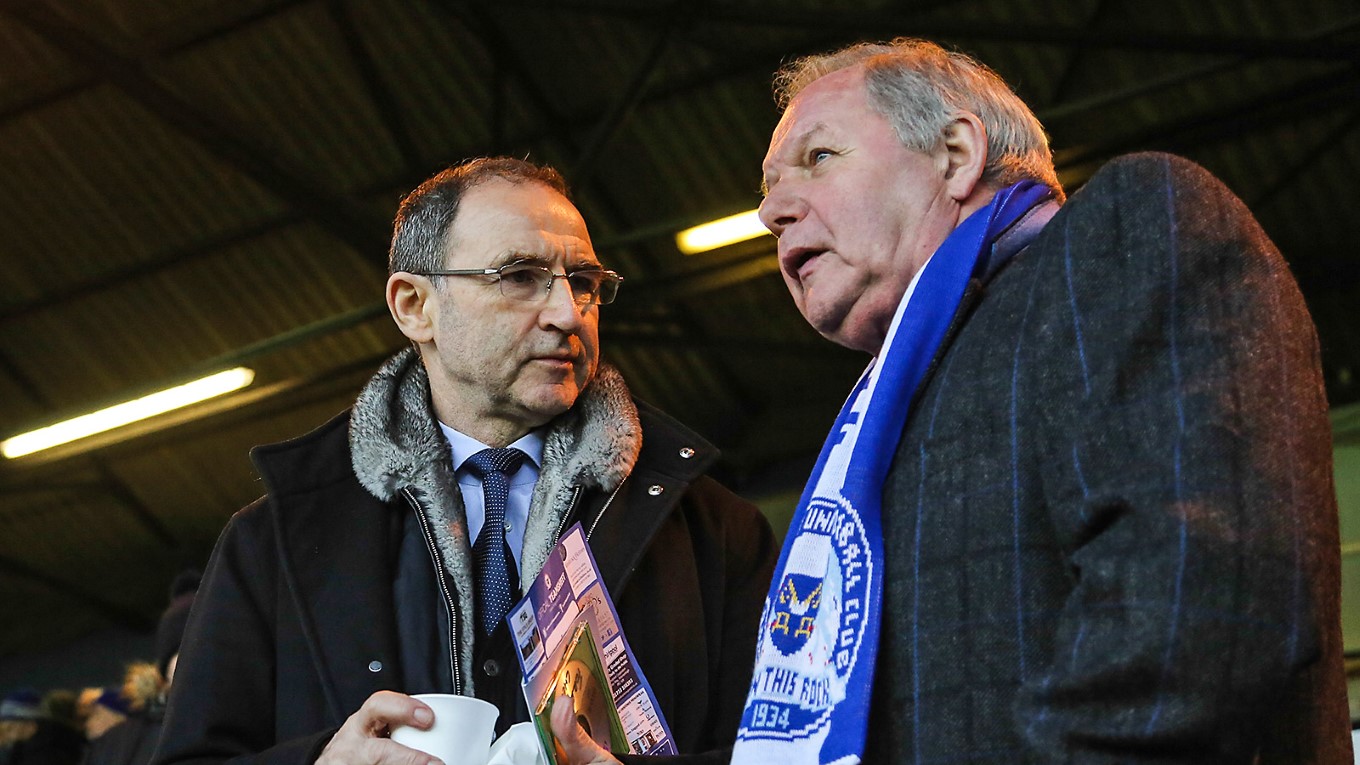 Peterborough United Director of Football Barry Fry believes Steve Bruce is the man to lead Aston Villa back to the Premier League and has urged the Villa supporters to get behind their boss after months of discontent in the stands.

Fry, who managed Villa rivals Birmingham City, is sure to receive a hostile reception but believes Posh can cause a few problems to the Championship side when the two teams meet in the Emirates FA Cup third round on Saturday.

“Our FA Cup tie at Aston Villa on Saturday will be a fantastic experience for our chairman Darragh MacAnthony, the board of directors, manager, the coaching staff, players, officials and our supporters. When I was manager of Birmingham City I spent a lot of time at Villa Park as my old mate Ron Atkinson was in charge

“The stadium is one of the best in the country, it creates a fabulous atmosphere and I am sure there will be a big crowd there at the weekend. I always got a lot of stick at Villa Park because of my Bluenose connection and no doubt I will get a lot of stick again.

“Villa fans do not know how lucky they are to have Steve Bruce as their manager. Steve could easily have been Manchester United or England’s manager let alone Villa’s. I can’t understand some of the stick that Steve has received since he took over at the club, his record at getting Championship teams into the Premier League is second to none.

“Villa have been in turmoil since Martin O’Neill left in my opinion. What I am amazed at is the lack of ambition shown by the Villa owner – why buy Villa if you don’t want to take them back to the Premier League? They have a great stadium, training ground and a huge fan base – I cannot believe the club is not backing Steve to the hilt.

“Although we will be massive underdogs on the day, I am sure we will give Villa a fright or two. Our young manager Grant McCann will play an attacking game and with the leading scorer in the Football League in Jack Marriott (21) and the leading assist maker in the EFL in Marcus Maddison (21 plus nine goals) in our ranks, we will give it a good go. Danny Lloyd has scored 10 goals in the last few months and is really good form and our talented midfielder Leo Da Silva Lopes, who has made over 80 appearances before the age of 19, is getting more experience every game he plays.

“It is a really good game for us to showcase our ability and we are all looking forward to it. I hope the 4,000 plus Posh fans have a good day out and I am sure they will be heard,” Fry said.