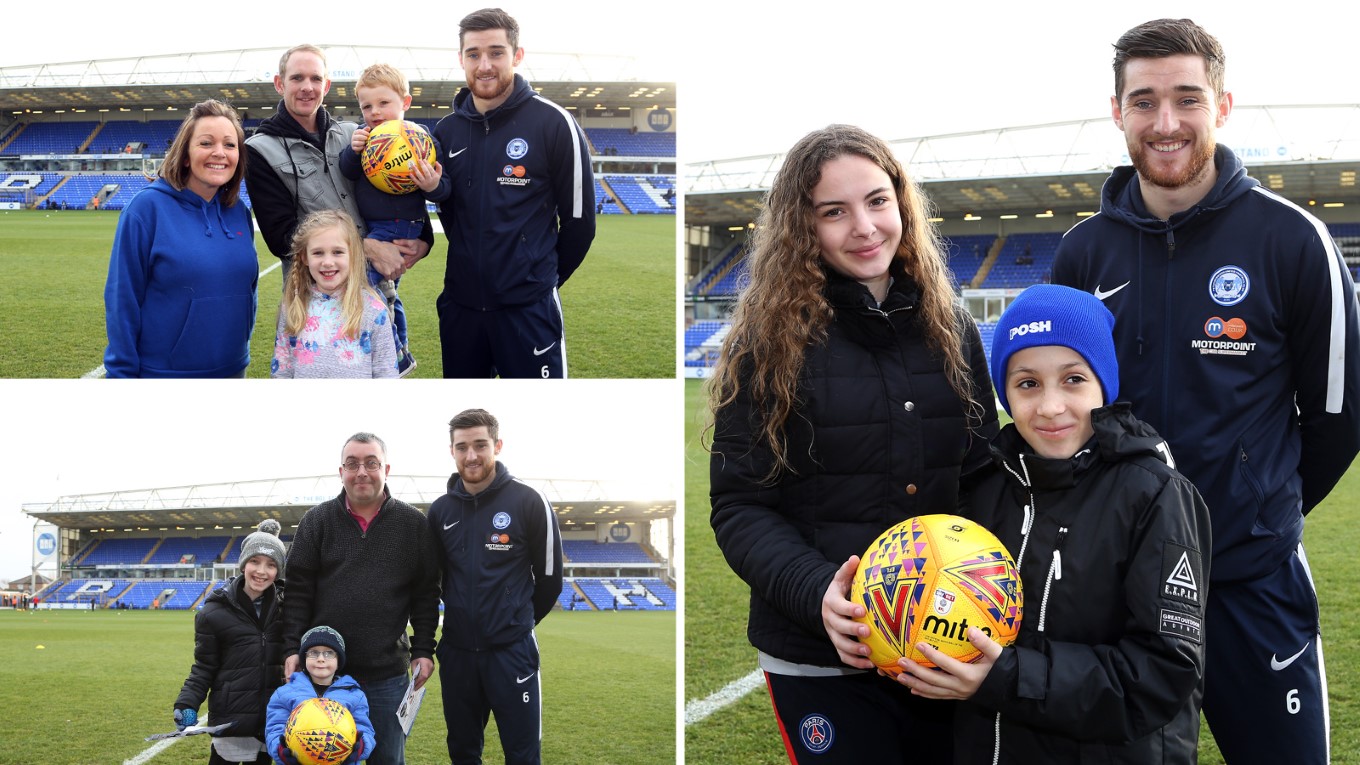 Ahead of the New Year’s Day fixture with Doncaster Rovers at the ABAX Stadium, we welcomed a number of ‘First Time Fans’ with several youngsters watching Peterborough United in action for the first time.

The five young fans were taken pitchside to sit in the dugout before having a photograph with club captain Jack Baldwin. They met mascots Peter Burrow and Mick the Skip before taking their place in the tunnel to see the players as they went out for the warm-up prior to the 1-1 draw with Darren Ferguson’s side.

They were all given a memento of to mark the occasion of their first game before taking their seats to watch the game. If you are attending your first ever Posh game, let us know in advance by emailing newfans@theposh.com