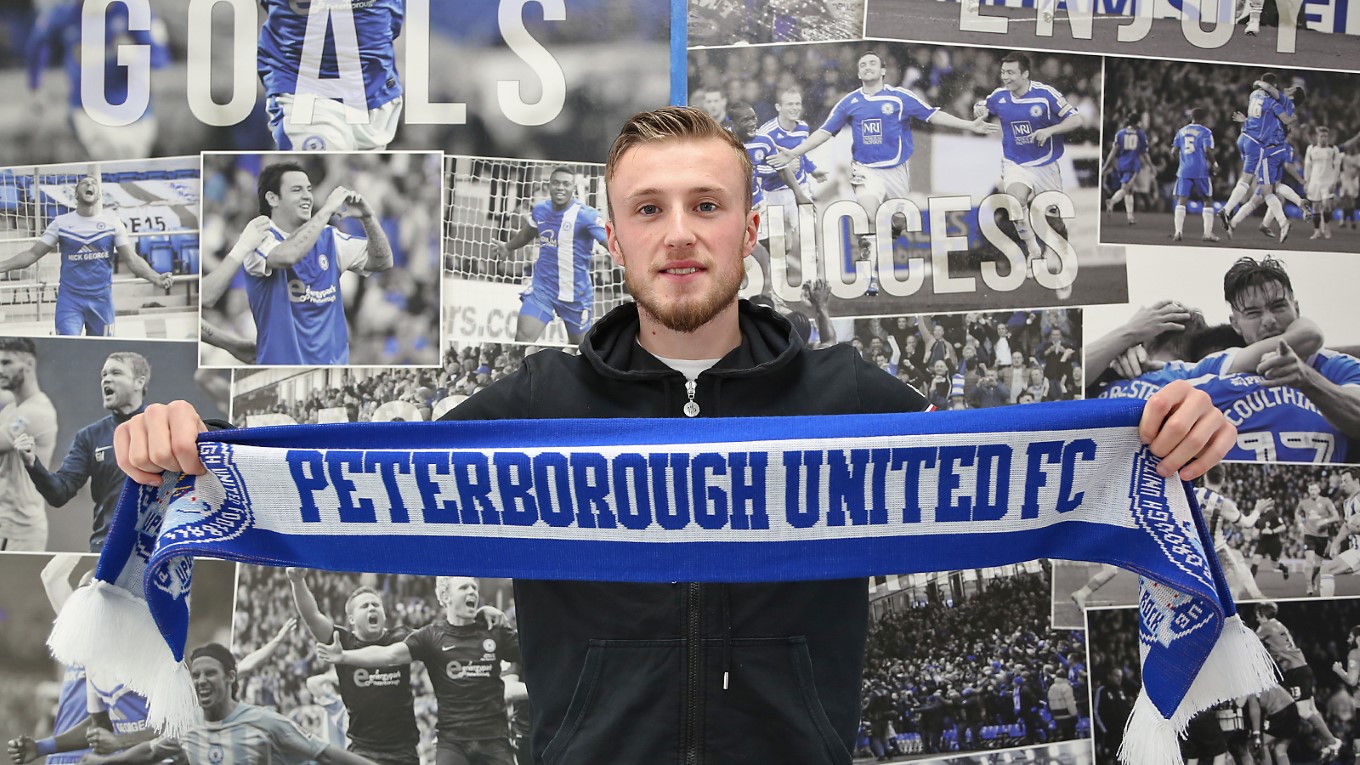 George Cooper talks about joining Peterborough United as he completes a move to the ABAX Stadium on three and a half year deal.

Peterborough United’s latest January transfer recruit is already chomping the bit to get started after completing the formalities on a long-term contract at the ABAX Stadium and admits it has been a ‘whirlwind’ day after making a long journey down south to put pen to paper.

Posh secured the signing of highly-rated attacking midfielder George Cooper on Thursday lunchtime and after travelling over four hours from his current base in the North West, admitted it was a relief to get everything sorted.

“Yeah it has been a long day. I set off at around 7am this morning (Thursday), but it is all done now and I cannot wait to get started. I am only 21, but I have played a lot of games for my age and I like to be creative, I want to assist goals and I want to score goals. I haven’t scored as many as I would have liked this season and that is something that I definitely want to improve on.

“I want to take this opportunity to thank everyone at Crewe. I have been there for a very long time and there are a lot of good people at the club. You are taught very well from such a young age and they have helped me improve and now I am ready for the next challenge.

“When I heard of the interest from Peterborough, I was keen to get things sorted. I know all about the club, they like to attack and score goals and hopefully I can help that. My target is to train well and try and get into the side, but there are a lot of good players here,” Cooper said.

The 21-year-old is cup-tied for the Checkatrade Trophy tie with Lincoln City on Tuesday night and will miss the Emirates FA Cup tie with Leicester City for the same reason. “It is frustrating to miss those games but that is how it goes. I will be supporting my new team-mates in those games.”

Cooper could make his first appearance in a Posh shirt against Oldham Athletic on Saturday at the ABAX Stadium. Tickets are available at www.theposhtickets.com, via the Ticketmaster hotline 0844 847 1934 (calls cost 7ppm plus your network access fee) and in person at the ABAX Stadium Box Office. Remember it is cheaper if you purchase in advance!