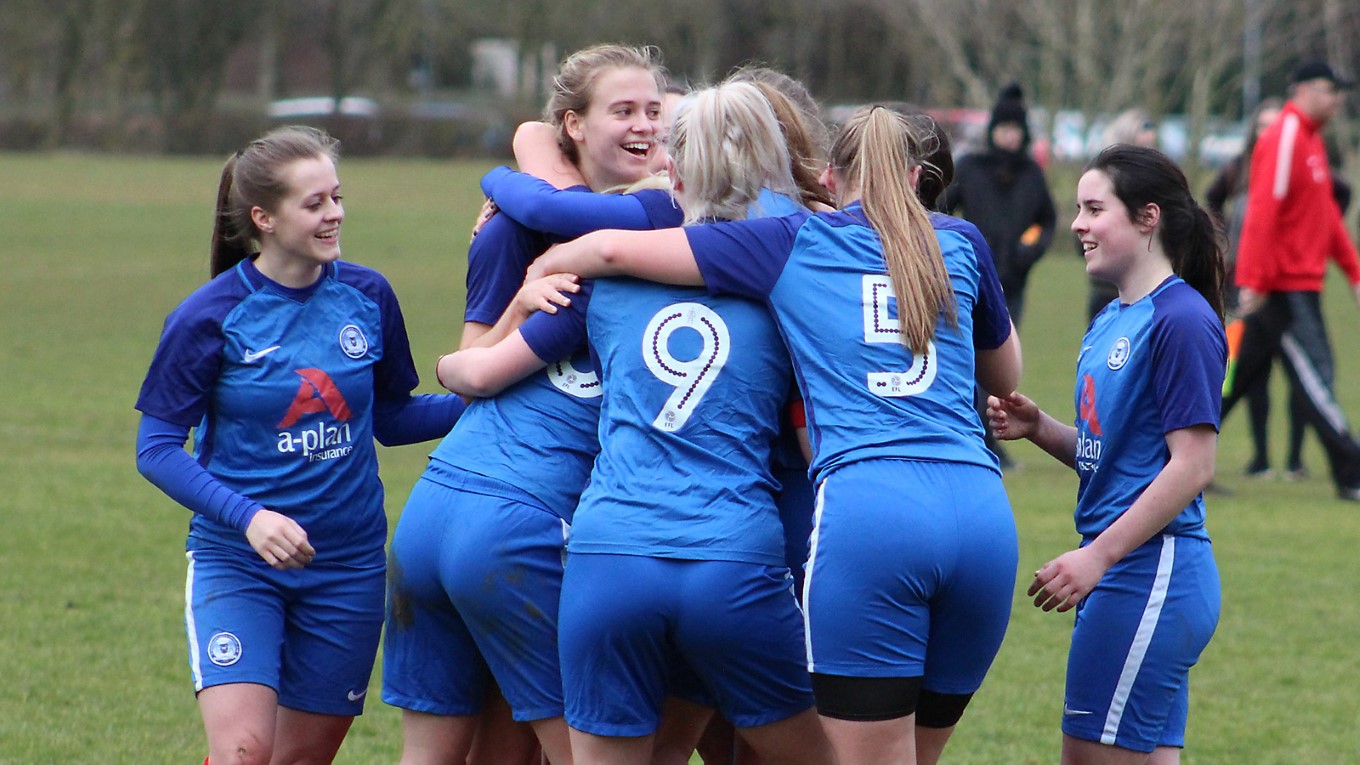 The Peterborough United Ladies defeated their local rivals and put their title hopes back in their own hands.

However it was Keir Perkins who opened the scoring in the 25th minute after a great free kick from Emma Stevenson which was flicked on by Jess Driscoll into the path of Perkins who slotted home past the oncoming goalkeeper.

The second half saw the Ladies start really well but it was Northampton Town that scored the second goal to make it 1-1.  The Ladies refused to let their heads go down and continued to push forward hoping to score their second goal. It came in the 80th minute when Bronwyn Mulheron rose in the penalty area to head home from close range to make it 2-1.

The Ladies had only just finished celebrating when Jess Driscoll in the 83rd minute finally got her just deserts with a wonderful solo goal which saw her drift past the Northampton defender and chip the ball past the path of the oncoming goalkeeper to make it 3-1.

This was a hugely important win for the Ladies and leaves the destiny of the League in their hands.