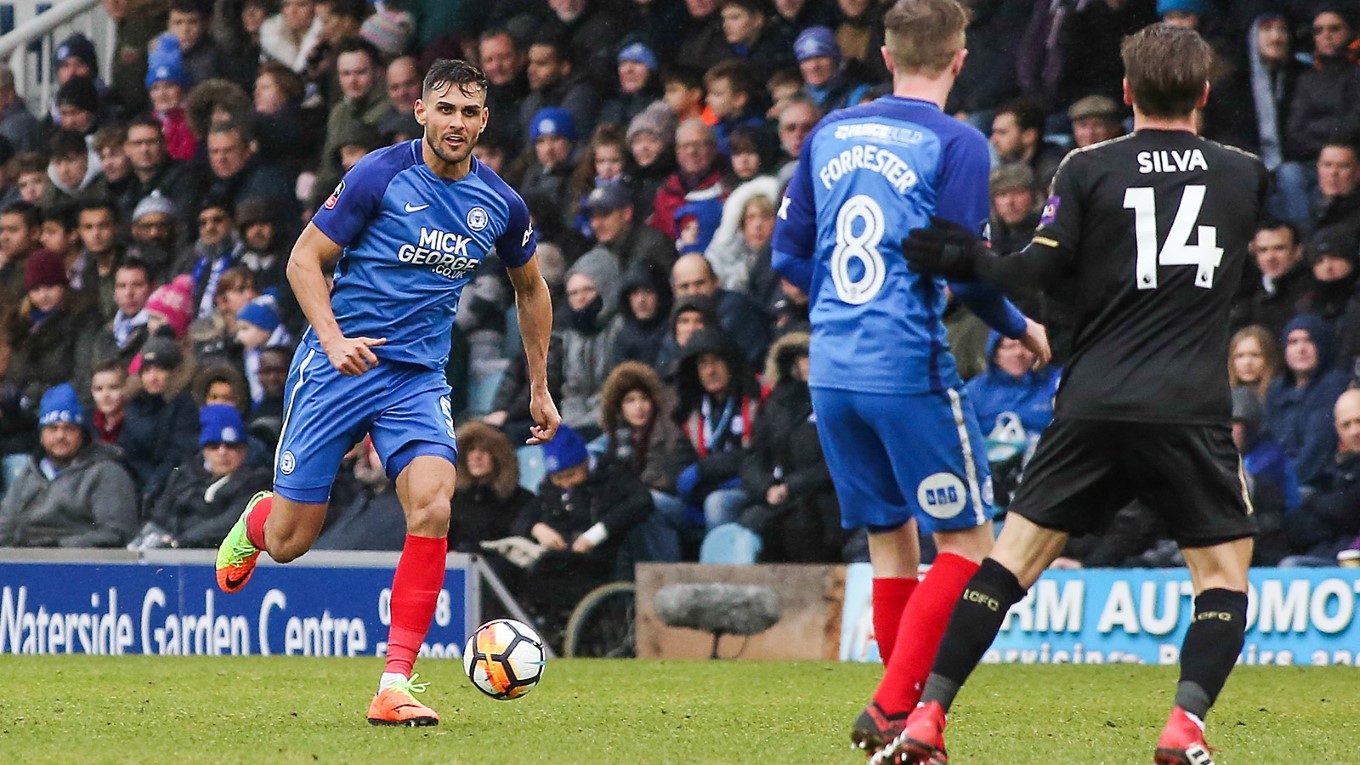 To coin a famous Robbie Williams song, defender Ryan Tafazolli has urged his team-mates to have 'no regrets' as they embark on the final stretch of the season.

Peterborough United centre back Ryan Tafazolli has urged his team-mates not to let the opportunity of reaching the Sky Bet League One pass them by as they prepare for the final few months of the campaign with Saturday’s trip to Gillingham next-up for Grant McCann’s men.

The former Mansfield Town defender insists confidence is high in the camp despite the weekend home reverse to Southend United and believes he is part of a ‘hugely talented’ squad. “There is massive belief in this squad that we can be successful and we are still full of confidence despite the last couple of results”, Tafazolli said.

“It is getting to that point in the season now where every game is like a cup final. We know how important it is to put a run of form together and pick up victories in a row. We are going into every game with a positive mind-set, on the front foot and play the Peterborough United way, trying to score as many goals as possible from now until the end of the season.

“We don’t want to have any regrets, this is a very talented squad and we know that we can achieve what we set out to achieve. We are a in a decent position in the league and we need to make the most of that starting on Saturday at Gillingham. They are in good form but so are we,” Tafazolli added.

The powerful centre back could come up against Tom Eaves at Priestfield. Eaves is in good form with four goals in his last five appearances and 13 for the season. The Gills have also moved away from the drop zone and are on the fringes of the play-off position themselves.

“I relish playing against physical opposition, it is a big part of my game. I will study the opposition as we get closer to match day and go from there. As a defensive unit, we are always striving to improve and generally, we have done okay, but we are always looking for clean sheets. As defenders, that is what we love,” Tafazolli continued.

Posh have not conceded more than one league goal in a game since 17th December when Fleetwood scored twice in a 3-2 victory for Posh.