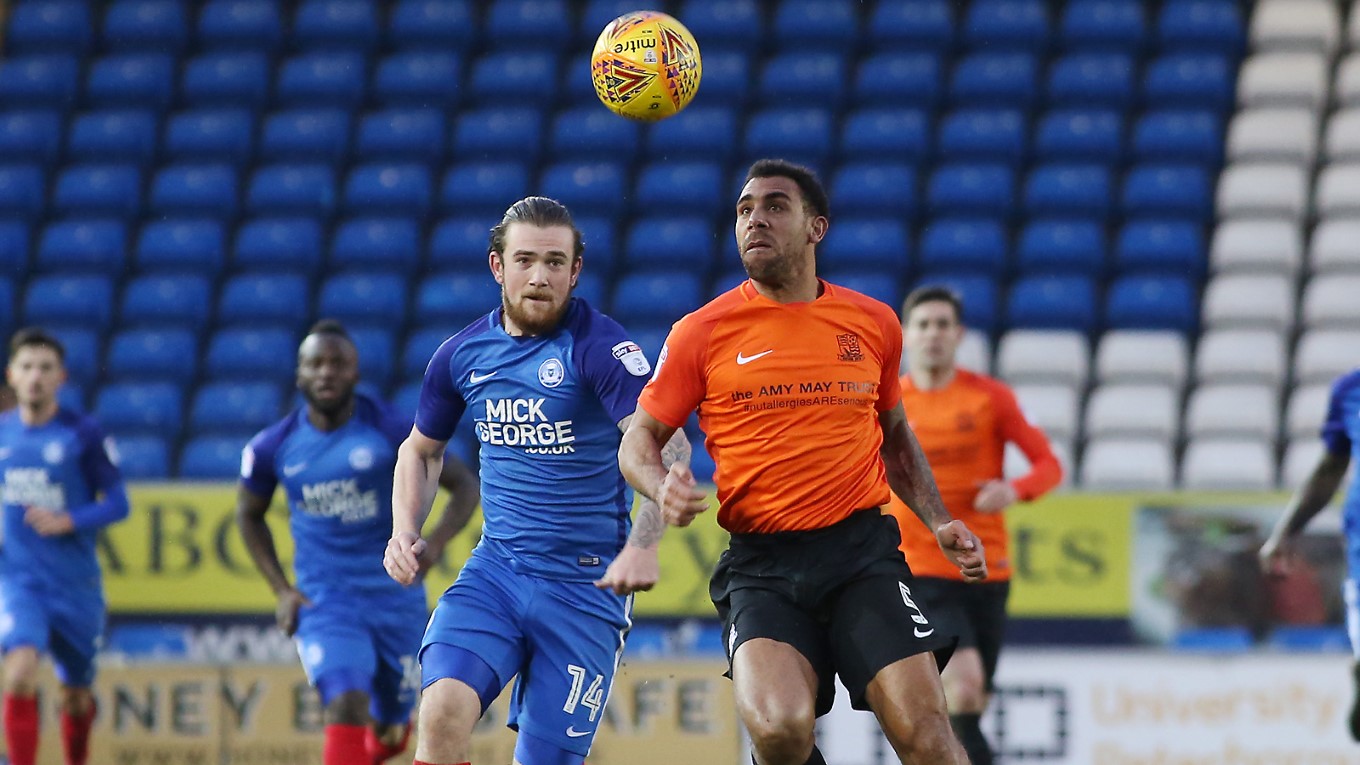 Peterborough United missed an opportunity to close the gaps on the teams above them in the Sky Bet League One table after losing 1-0 to Chris Powell’s Southend United who made it back to back wins, claiming only their third away league win of the season in the process.

Stephen McLaughlin had the first shot of the game, but his low effort went wide of the far post from 20-yards. The visitors opened the scoring on six minutes, DEMETRIOU converting from the spot after Jonathan Bond was adjudged to have felled McLaughlin in the box. Bond was cautioned by referee Dean Whitestone.

Bond did well to keep out a deflected Cox effort moments later as the visitors continued to be on the front foot in the early exchanges. Jack Marriott saw a header saved by Oxley after a fine delivery from George Cooper on the left. Oxley had two attempts to gather a curler from Maddison moments later after the winger provided some decent trickery to beat his man.

Cooper curled a free-kick over the top from 30-yards after Maddison had been tripped following a pacy break. Yearwood was lucky to get away with just a caution after a shocking tackle on Anthony Grant on 34 minutes.

Hughes had the ball in the back of the net on 36 minutes after he latched onto a fine Maddison pass, but the assistant referee had raised his flag and the ‘goal’ was chalked off for offside. Maddison picked out Marriott on 40 minutes, but after a bobbly first touch, his shot was smothered by keeper Oxley.

Cox was incredibly fortunate not to score the own goal of all time on  47 minutes as he raced back towards his own goal – he fired the ball at his own goal with keeper Oxley thankfully for the Shrimpers well placed. Oxley had more to do less than 60 seconds later after a wonderful pass from Maddison picked out Marriott, the keeper doing well to deny the top scorer after racing from his goal.

Southend were forced into a change following that chance, John White stretchered off with Anton Ferdinand his replacement. Cox was an inch away from making it 2-0 on the break, his curler had Bond beaten but it also somehow went wide.

McLoughlin then fired wide on 56 minutes after more good work from Cox as Posh were punished for a slack header clear. Goalkeeper Oxley did well to beat away a long-range strike from Forrester on 66 minutes. Grant McCann made a double change with 20 minutes to play, Danny Lloyd and Junior Morias the men introduced.

Teenager Leo Da Silva Lopes was the final substitution used by the Posh management, debutant Bogle the man to be replaced. Ten minutes of added time was indicated by the fourth official for the injury to White and multiple examples of time wasting from the visitors.

Hughes had the ball in the back of the net again deep into stoppage time, but once more the assistant referee had his flag raised for offside.