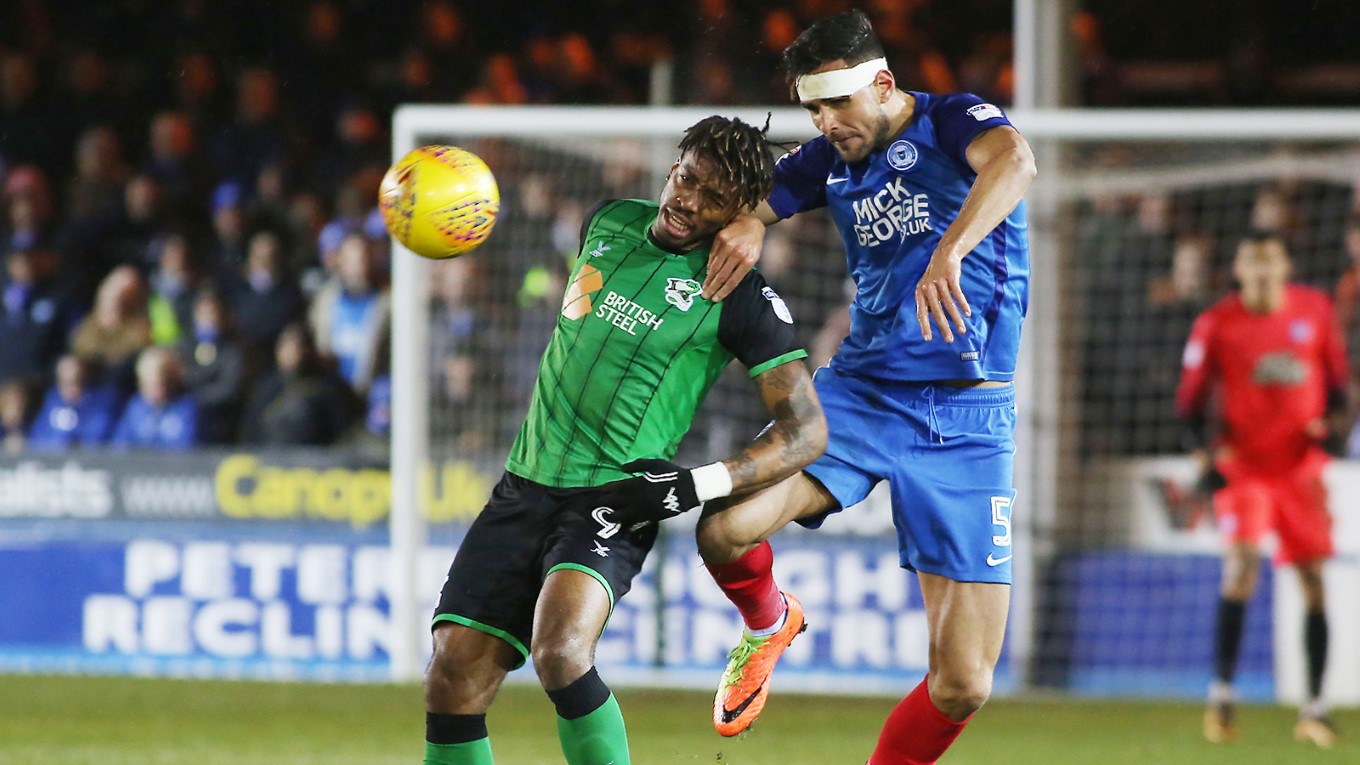 Junior Morias and Marcus Maddison on target in entertaining 2-2 draw at the ABAX Stadium.

Peterborough United and Scunthorpe United played out a hugely entertaining Sky Bet League One contest at the ABAX Stadium but both had to settle for a point in a game that swung from end to end at great regularity.

Posh made an excellent start to the game and got their reward inside two minutes as Marcus MADDISON finished off a flowing move involving Anthony Grant and Junior Morias with a crisp left-foot finish from 25-yards which nestled in the back of the of the net.

Junior Morias was superbly denied by Gilks after a powerful drive from distance as Grant McCann’s men continued to make all the early running. Bond was called upon on seven minutes to claim a towering Toney header but the effort was pretty much straight at the keeper after a good clipped cross into the box by the overlapping Iron full-back.

Maddison was superbly denied by Gilks by his near post after a jinking run from deep with Morris going into the book for a foul earlier in the move on Grant. Toney saw a shot go wide of the near post on 23 minutes but Bond had that covered anyway.

Sutton saw a strong run, aided by a slip from Ward, see him advance into a dangerous area, but his shot cleared the crossbar. Novak was denied a crisp equaliser by an excellent stop from Bond before Taylor went into the book for a foul as he tried to curtail a Scunthorpe break.

Morris sent a free-kick into the side-netting on 32 minutes from the resulting set-piece with the visiting fans thinking it had crept in. Minutes later though and the visitors were level, a neat one two and TONEY was baring down on goal and he fired low past Bond to make it 1-1.

Toney struck the bar with a header on 36 minutes before Baldwin produced a fine block to stop the rebound as the promotion-chasing visitors continued to pile on the pressure. Doughty and Ward both saw shots blocked following a corner from Maddison that caused panic on 40 minutes.

Morris saw a late free-kick go wide of the near post after Tafazolli had committed a foul on the lively Adelakun. Deep into first half stoppage time, Posh got themselves back in front, wonderful work from Ward down the left and Junior MORIAS was there to convert from six-yards.

Moments after the interval, Marriott showed excellent skills to beat his man on the halfway line and his speculative left-foot shot from distance was shovelled unconvincingly around the post by Gilks. Townsend fired wide of the far post with team-mates sliding in at the other end after Toney again caused problems.

Taylor diverted a goalbound Toney free-kick over the bar on 53 minutes after Maddison had upended Novak. Toney saw a powerful free-kick well claimed by Bond on 58 minutes with Maddison booked for the foul that led to the set-piece.

The visitors were level on the hour mark as Ryan YATES managed to squeeze a shot into the back of the net despite the best efforts of Bond after Townsend had done brilliantly to get to the by-line and pull the ball back across goal.

Marriott saw a snap-shot pushed out by Gilks on 63 minutes before it was hacked clear as Posh tried to respond again. Posh made a double change on 73 minutes with Danny Lloyd and Andrew Hughes replacing Ward and Baldwin. Tafazolli planted a header into the side-netting from a Maddison corner as the game moved into the final 10 minutes.

Substitute Da Silva Lopes saw a tame effort easily gathered by Gilks and was then cautioned for a barge as the game entered five minutes of stoppage time. Hughes clipped the top of the crossbar with an overhit cross.

Posh were denied a very late winner by a superb Gilks stop to deny a curler from Maddison from just inside the box. Bond produced an even better save with almost the last kick of the game, clawing a McGeehan effort around the post.