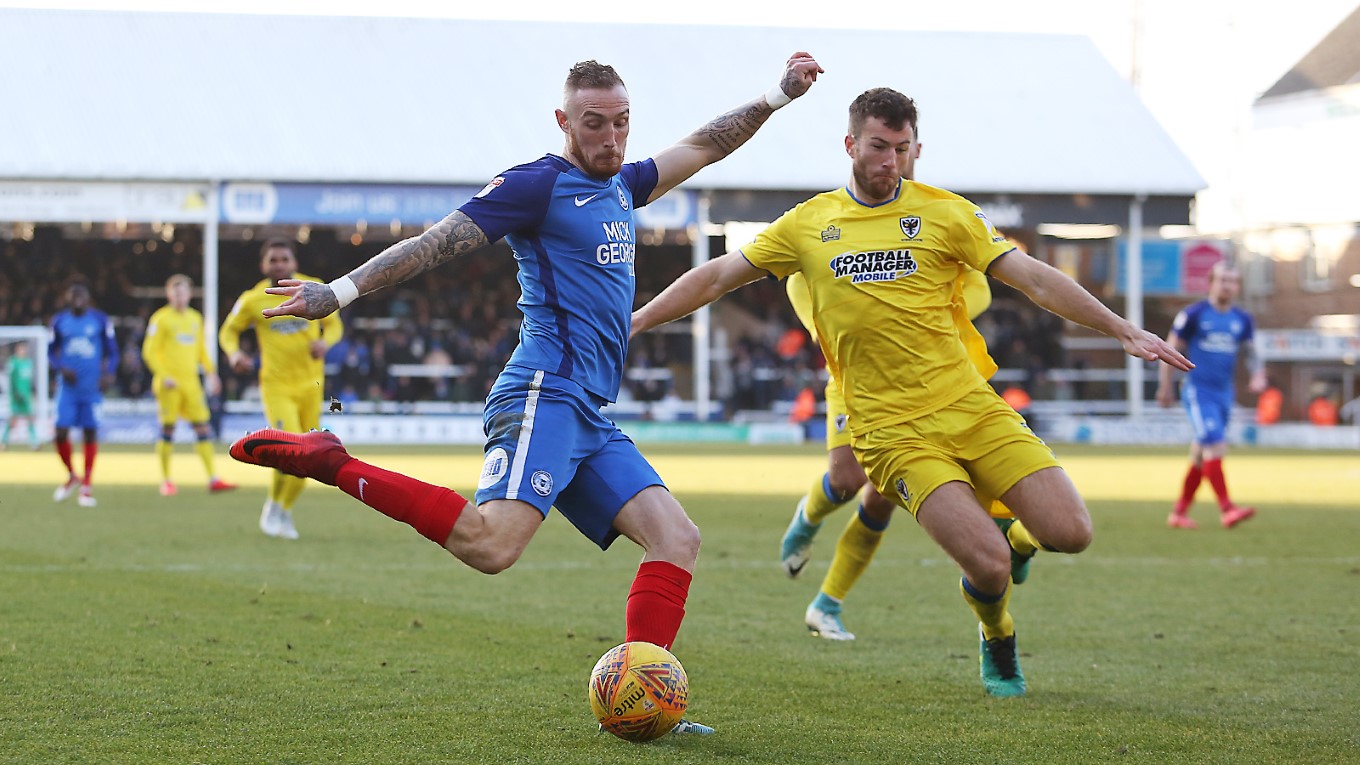 Peterborough United forced to settle for a point after 1-1 draw against AFC Wimbledon.

Peterborough United registered their fourth draw in a row as AFC Wimbledon left the ABAX Stadium with a point following a 1-1 draw with Grant McCann’s men securing a point thanks to a Marcus Maddison effort 10 minutes from time.

Adedeji Oshilaja headed over from a corner kick inside the opening two minutes for the Dons after outjumping Ryan Tafazolli at the back post. Harry Forrester sent a free-kick over the bar on eight minutes after a foul by Da Silva Lopes.

Maddison fired wide of the near post with his right-foot after being picked out by Forrester on the quarter hour mark but in truth the winger was off balance when he hit the effort. Maddison saw another effort blocked after a decent spell of Posh possession.

Andy Barcham curled an excellent effort inches past the post on 33 minutes after cutting inside onto his right-foot. Keeper Long was called upon to deny a curler from Maddison on 36 minutes after a wayward Shephard pass had diverted into his path via a deflection.

Harry Forrester fired well over the bar on 38 minutes after a slip from Grant allowed him to waltz through midfield unchallenged. Anthony Grant fired over from long-range after he was picked out by Marriott as the first half drew to a close.

Posh made a double change at the interval with Omar Bogle and Steven Taylor replacing Grant and the injured Tafazolli. Trotter saw a shot on the turn go over the bar on 48 minutes after a deep cross to the back post.

Bogle sent a curler from distance wide after showing some good hold-up ability on 55 minutes as Posh pressed for a breakthrough. Posh were a whisker away from taking the lead on 64 minutes as Forrester saw his goal-bound header cleared off the line by Fuller after Lloyd had seen his initial effort loop up into the air after a good cross from Maddison.

Da Silva Lopes sent a dipping effort just wide of the upright moments later, the keeper Long was definitely worried, flying through the air to try and get to it. Marriott fired a free-kick straight against a 10-man Dons wall on 68 minutes.

Bond made his first save of the afternoon two minutes later, denying a speculative volley from Trotter before the visitors made a double change with Parrett and Kaja, who scored against Posh in a midweek friendly at the Mick George Training Academy, introduced.

The deadlock was broken on 74 minutes as a simple ball over the top was latched onto by the dangerous TAYLOR and he fired low past Bond into the bottom corner. Baldwin was cautioned moments later for a foul.

Keeper Long produced a fine stop to deny Bogle’s shot on the turn on 84 minutes after Lloyd had nodded a Freestone free-kick on. Four minutes of added time was indicated but Posh couldn’t force a winner.