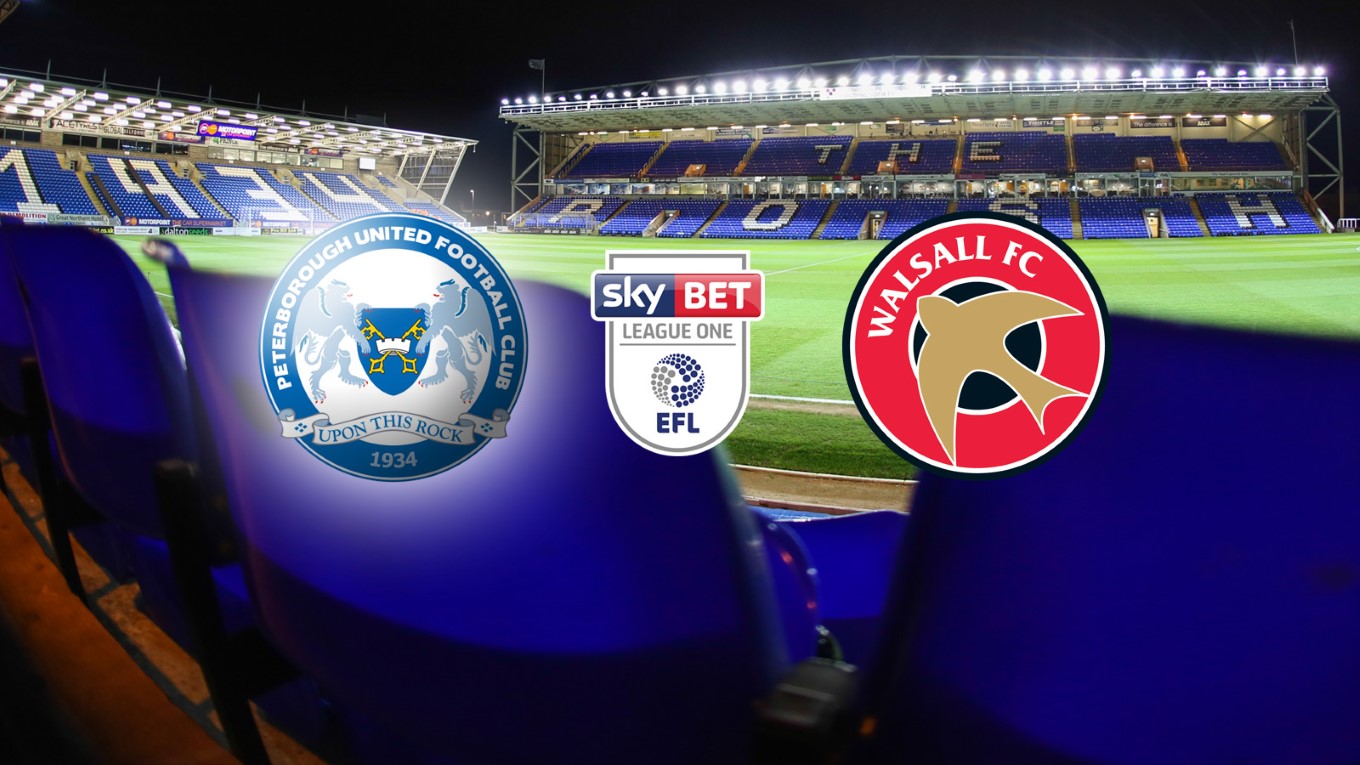 Match preview for Peterborough United vs Walsall on 27 Feb 18

Posh face Walsall at the ABAX Stadium on Tuesday night and tickets are availabe for the match now!

Peterborough United entertain Walsall at the ABAX Stadium on Tuesday evening (7.45pm) in Sky Bet League One action with David Oldfield taking caretaker charge of the Posh side following the departure of Grant McCann on Sunday evening.

After four successive draws, Posh are six points adrift of the play-off positions but this fixture against the Saddlers is one of two games in hand that the club have over many of their rivals in the table. Walsall were beaten by promotion contenders Blackburn Rovers in their last fixture at the Banks’s Stadium.

Posh are waiting on the fitness of defender Ryan Tafazolli after he limped out of the 1-1 draw with AFC Wimbledon due to a hamstring injury. His situation continues to be monitored. Gwion Edwards and Alex Penny are both long-term absentees while Andrew Hughes remains a doubt after missing the game at the weekend due to injury.

Former Posh attacking midfield man Erhun Oztumer is expected to line-up against his former employees. Oztumer scored against Posh earlier in the campaign and the diminutive number 10 will be a threat on Tuesday evening. Another former Posh man, Flo Cuvelier is expected to be among the substitutes.

The game is a Category “B” fixture so it is cheaper admission for Posh fans. Tickets can be purchased now at www.theposhtickets.com, via the Ticketmaster hotline 0844 847 1934 (calls cost 7ppm plus your network access fee) and in person at the ABAX Stadium Box Office.

Lee Swabey is the match referee for the game.

The match day programme will be available around the ground for £3 featuring the latest from the Academy, the women and girls department and an interview with teenage left-back Lewis Freestone.