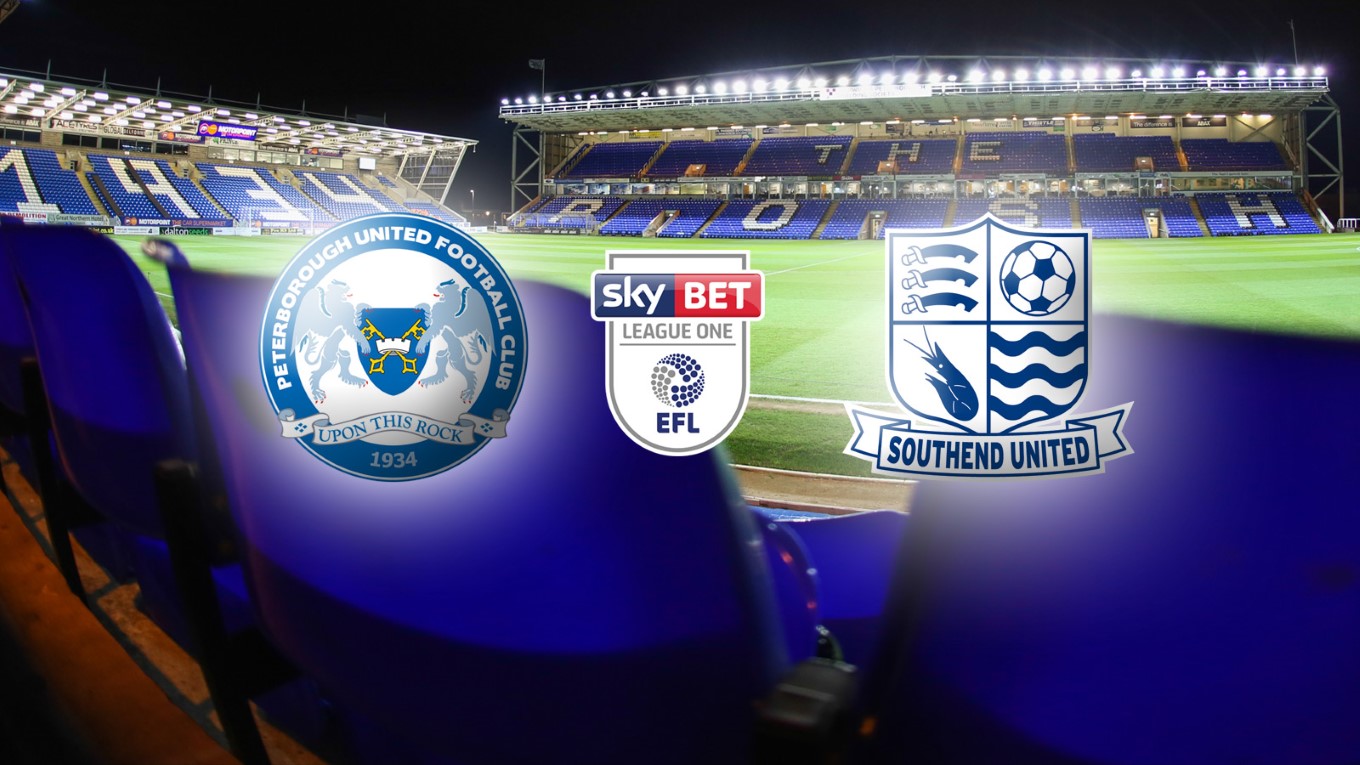 Posh host the Shrimpers at the ABAX Stadium on Saturday afternoon (3pm).

Peterborough United return to Sky Bet League One action on Saturday with Southend United visiting the ABAX Stadium (3pm) and new signing Omar Bogle could be handed his first start after joining from Cardiff City on transfer deadline day in a loan deal until the end of the campaign.

After two cup games in recent weeks, Posh have no distractions between now and the end of the season with the first of 18 league fixtures taking place this weekend. The Shrimpers have changed their manager with Chris Powell replacing Phil Brown. Southend won their first game under Powell’s management with a 3-2 victory over promotion contenders Scunthorpe United at Roots Hall.

Posh are without the services of Gwion Edwards who remains sidelined with an ankle injury. He is making good progress but no timescale has been set on his return. New signing Omar Bogle will be in the squad after joining from Cardiff City. Joe Ward and George Cooper return to the squad after being cup tied for the Emirates FA Cup fourth round defeat to Leicester City.

Shayon Harrison, Freddie Ladapo and Sam Mantom have all joined the Shrimpers to bolster the squad ahead of the clash at the ABAX Stadium. Harrison made the move from Tottenham Hotspur, Ladapo joined from Crystal Palace while Mantom will strengthen the midfield after joining from Scunthorpe United. All three could feature at the ABAX.

“In my opinion, Southend are in a false position in the league. They have a strong squad and they have added to it in recent days. Shayon Harrison is a talented player, I have seen him play and he will be a threat. But it is about what we do and we have had a good January transfer window. I was delighted to get Omar Bogle into the building. We have 18 games remaining and I am sure it will be a really good ride for the Posh fans.”

’I’m very pleased with our transfer business. It’s been a big turnaround for me and the club over the last seven days with a game to prepare for and the transfer window deadline looming large in the horizon. It was imperative that we got some players in and I’m very happy with our recruits,” Southend boss Chris Powell said.

Tickets are on sale at www.theposhtickets.com, via the Ticketmaster hotline 0844 847 1934 (calls cost 7ppm plus your network access fee) and in person at the ABAX Stadium Box Office. Southend sold out of their initial allocation of 500 and are expected to bring over 750 fans.