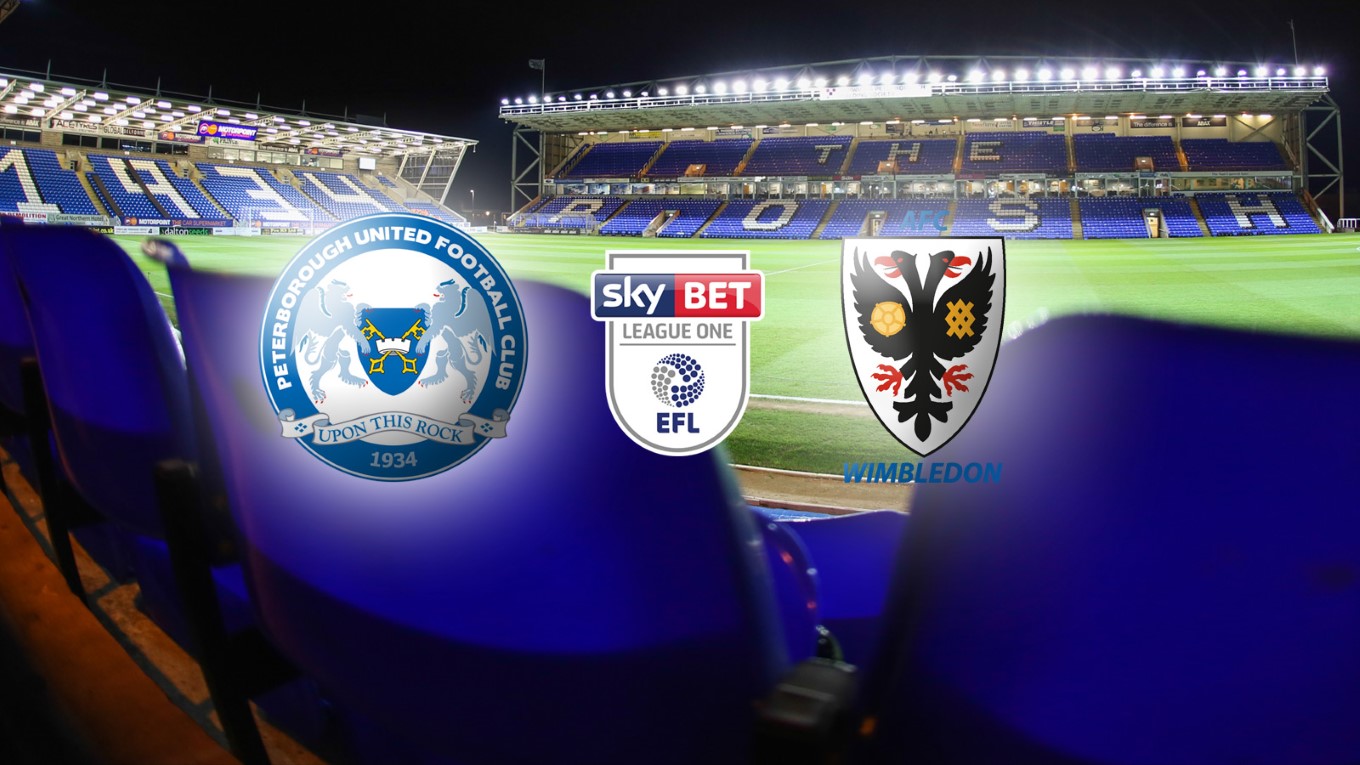 Posh face AFC Wimbledon in the first of two home games over the next few days at the ABAX Stadium.

Peterborough United entertain AFC Wimbledon at the ABAX Stadium in Sky Bet League One action on Saturday afternoon (3pm) as Grant McCann’s men try and build on three successive draws, two of which coming on the road at Gillingham and Blackpool.

The Dons have hit a bit of form themselves with a thumping away win at Bradford City but still find themselves in a bit of trouble towards the foot of the division. Neal Ardley’s men held Posh to a 2-2 draw earlier in the campaign with Danny Lloyd scoring his first EFL goal in the televised clash.

Posh have an injury concern over one unnamed player ahead of the game with Gwion Edwards and Alex Penny definitely ruled out. Edwards is now out of his protective boot and will step up his rehabilitation while Penny has now seen the specialist over his dislocated shoulder and has begun his rehab.

The Dons are checking on the fitness of Darius Charles ahead of the game. He has a sore hip. Will Nightingale is back in training and Egil Kaja is in contention after scoring against Posh in a behind closed doors game at the Mick George Training Academy this week.

“Every game in this league is a tough game but from now until the end of the season our focus is only on ourselves and how we can affect things. We want the players to play without fear, when we score, I want us to go and get the second goal and the third goal. That is our mind-set. We are in a positive frame of mind.”

AFC Wimbledon assistant manager Neil Cox said: “We don't get carried away. We know we've got thirteen big games to come – thirteen cup finals. We set our stall out last week to get a result and I thought the boys did really well and carried out the game-plan."

Saturday’s game is a Category “B” fixture which means cheaper admission for Posh fans. Tickets are on sale at www.theposhtickets.com, via the Ticketmaster hotline 0844 847 1934 (calls cost 7ppm plus your network access fee) and in person at the ABAX Stadium Box Office.

The match referee is Anthony Backhouse.

Local successful boxer Cello Renda will be introduced to the crowd as he shows off his latest belt that he won.