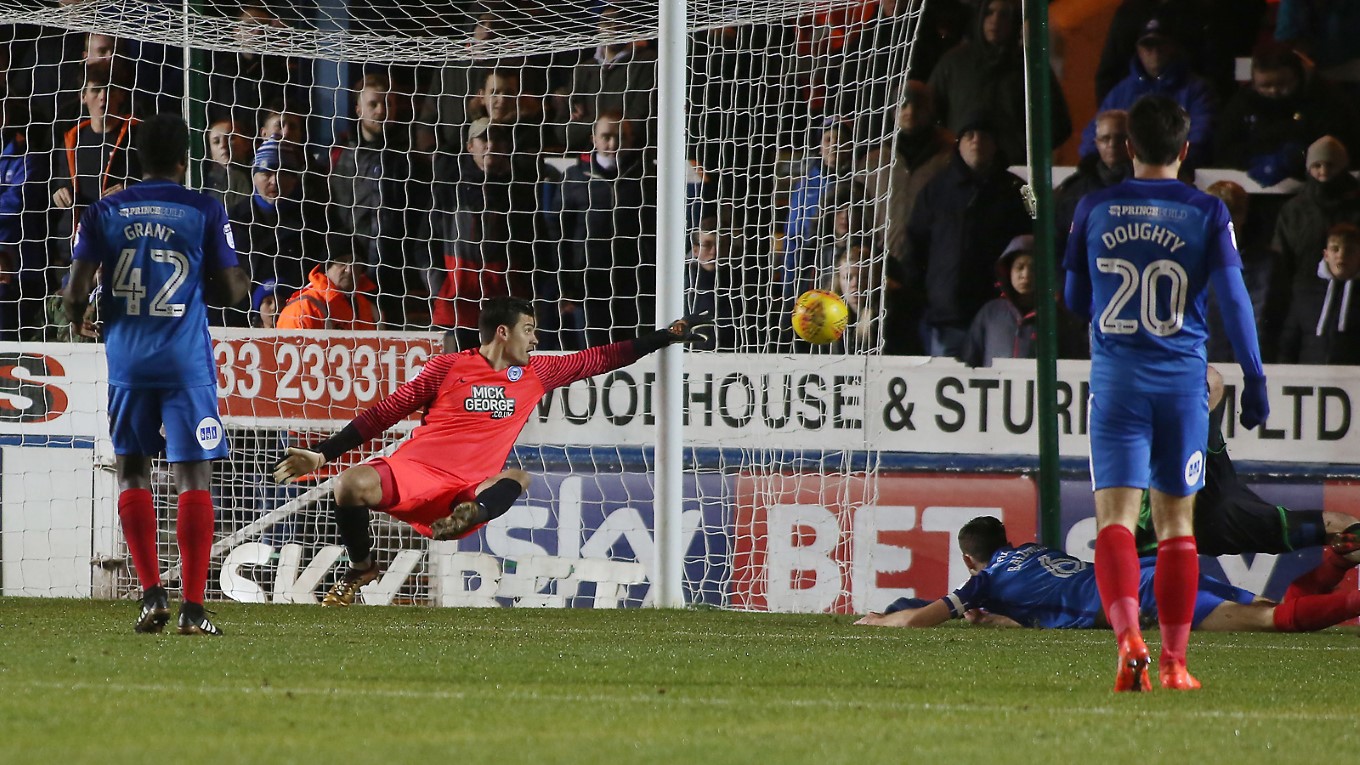 Bond Looks Back On Entertaining Draw

Jonathan Bond assesses the 2-2 draw with Scunthorpe United in Sky Bet League One.

Goalkeeper Jonathan Bond believes the club’s encouraging performances can be turned into a succession of victories as Peterborough United look to muscle their way in on the play-off push following Tuesday night’s entertaining 2-2 draw against fellow promotion hopefuls Scunthorpe United at the ABAX Stadium.

Bond produced a number of saves including deep in stoppage time, but Posh had plenty of opportunities themselves with Marcus Maddison, Jack Marriott, Ryan Tafazolli and Junior Morias all going close as the action swung from end to end.

“It was a good game being played out in front of me between two sides that were going all out for the three points. The first goal that we scored was a well worked effort and we got into some good positions throughout the game. They had a few spells in the game, we came under a little bit of pressure at the start of the second half when they managed to equalise.

“I thought we had won it late on when Marcus cut inside on that left-foot. He is so dangerous when he cuts inside like that. The keeper has pulled off a ‘worldy’ to be fair and that was the last chance we had and then they had an effort that I just managed to get around the post. That summed up the game, end to end.

“In the main, our displays have been encouraging, but we know that we need to go on a run now as we enter the final few months of the season. We played well at Gillingham at the weekend and there were lots to take from the performance against Scunthorpe. We need to start picking up wins, a good February and March sets you up for the run-in.

“Every win is going to be crucial from now on. We know what we need to do that and hopefully we can achieve that. We need to be a little more ruthless. We have some experienced players, but in the main we are a young team and we need to kill the game. The game always seems to be alive when we play and in this league anything can happen.

“Maybe some supporters will be coming away from these last two games disappointed that we have only picked up two points and of course as players, we are always disappointed not to take maximum points, but there is a positive atmosphere around the dressing room, we know that we are a good side and we are working hard to improve.”