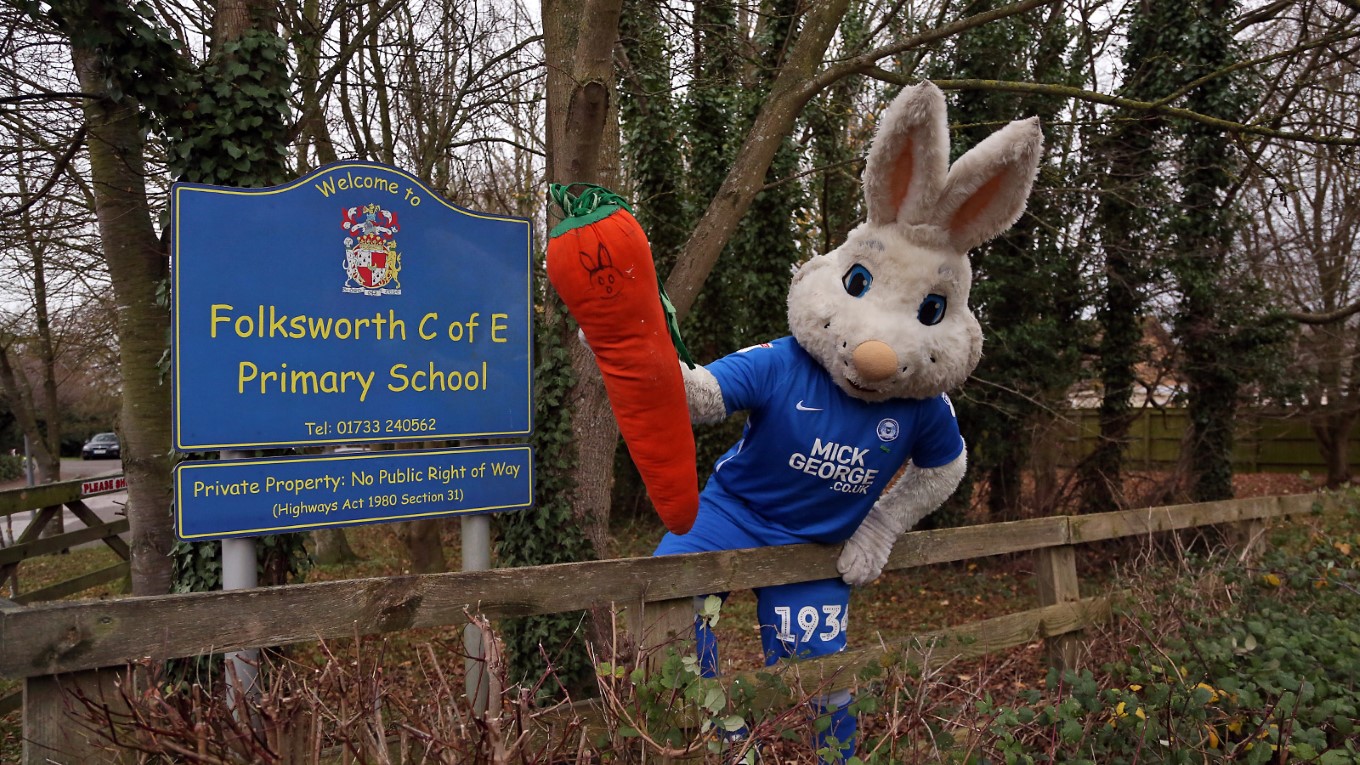 The Peterborough United Schools Initiative received a warm welcome from teachers and pupils alike at Folksworth Primary School as pupils were given FREE tickets to a forthcoming fixture at the ABAX Stadium.

The tickets also allow a parent/guardian to be admitted free of charge. Former Posh striker Lee Clarke was in attendance as he takes PE at the school and he watched on as mascot Peter Burrow showed off his flossing skills.

Press Officer Phil Adlam said: “It was great to visit Folksworth Primary School. They were extremely welcoming and it was nice to see a familiar face in Lee. Funnily enough, moments after that visit, I had a message from another former Posh player turned teacher in Gareth Jelleyman and a visit to his school in Barnack is now on the agenda.”