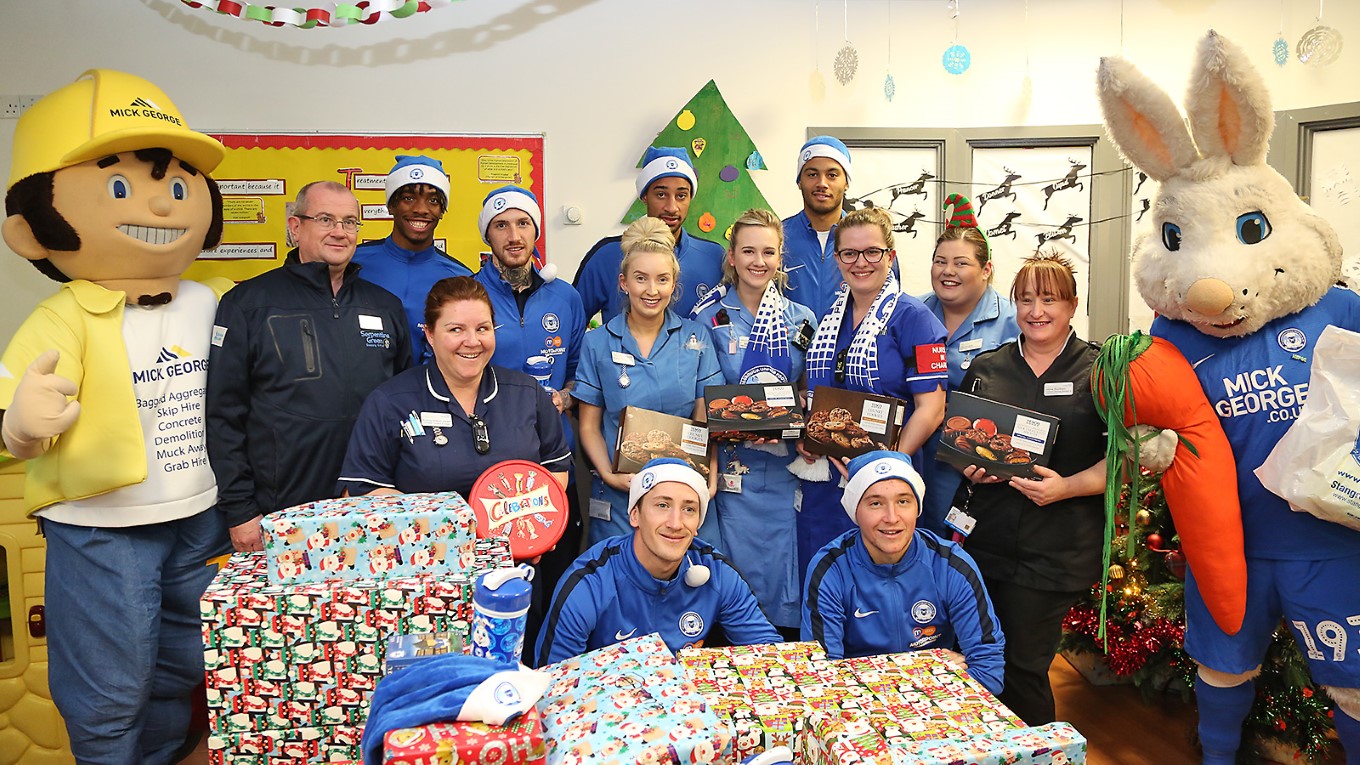 On Tuesday afternoon, members of the Peterborough United first team squad were joined by Peter Burrow, Mick the Skip and staff from the football club at the Amazon Children’s Ward of Peterborough City Hospital to deliver presents to youngsters who are set to spend the festive period receiving care and treatment.

Woodyard said: “It is something that I have done at my previous clubs, but it is the first time that I have been on this visit with Peterborough United. It is an extremely important thing to do and hopefully we have put a few smiles on a few faces.”

Bennett added: “You see their faces light up when they are given the presents and that is what Christmas is all about. I think Peter Burrow may have been slightly more popular than us but as footballers, it is important that we give our time up to come and do visits like these. Hopefully they will be able to enjoy the festive period.”

The club’s Supporter Liaison Officer Chris Abbott, Marketing Executive Jake Baxter and Stadium Manager Dawn Brittain were also present at the visit alongside Mick George’s mascot Mick the Skip. A club spokesman said: “Steve Coulson at Serpentine Green is an extremely generous man. The work that he continues to do to support the Amazon Ward is outstanding and it really is appreciated, not just by the football club, but also by the Peterborough Phantoms, who he supports too. We thank Steve and all at Serpentine Green for their continued support.”