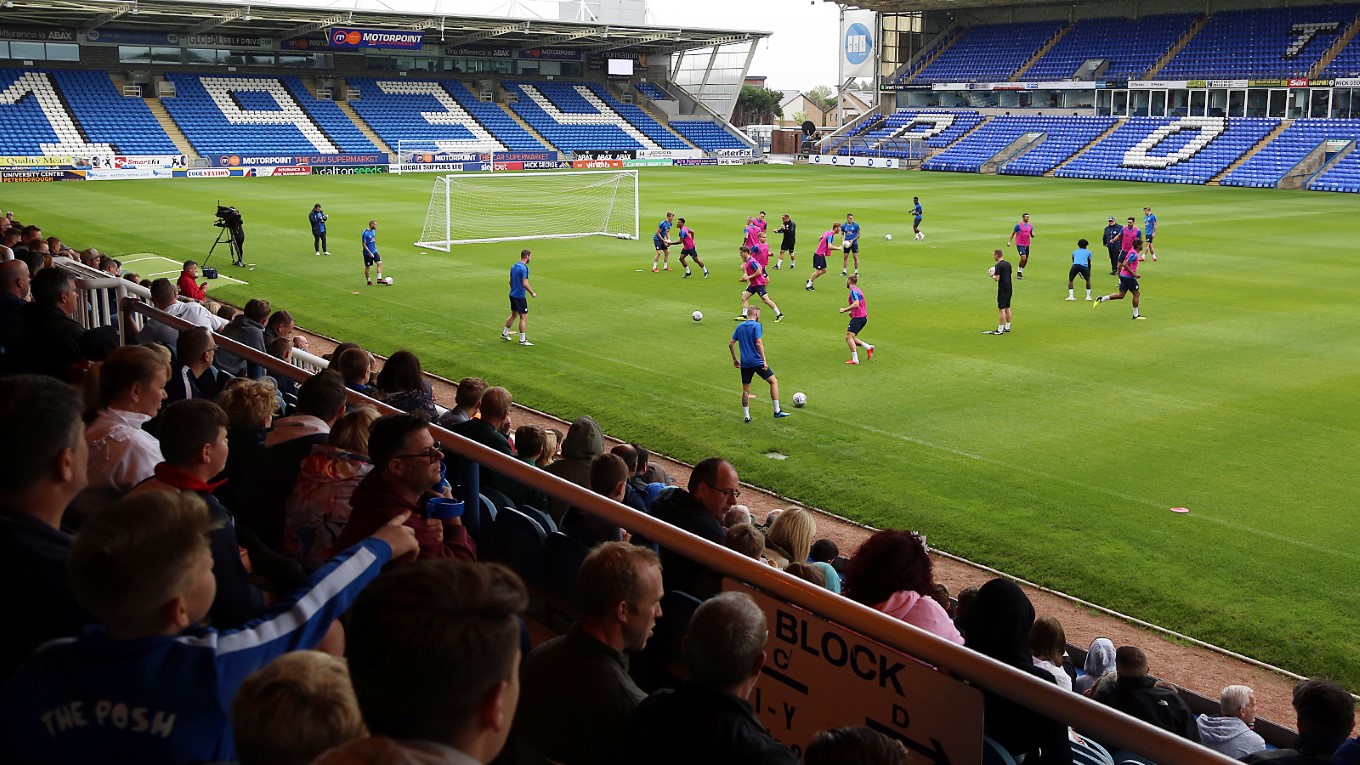 With youngsters across the city breaking up for Christmas in the next few days, Peterborough United will hold a special event at the ABAX Stadium on Thursday 20th December which will be FREE for supporters to attend.

The first team squad will hold an open training session on the pitch before a short 11v11 fixture against members of the Posh under 18 side. The squad will then head to the Caroline Hand Executive Suite for a signing session where kids and grown-ups alike can have photographs taken with their Posh favourites.

Manager Steve Evans, who was the brainchild of the idea, said: “A lot of youngsters across the Peterborough area break up for Christmas on Wednesday (19th) so it was the perfect opportunity for us to put on an open training session where supporters can come and watch and afterwards spend some time with the players.

“It is a bit of a festive treat and hopefully we can see a large number of supporters come down to the stadium. I know at this time of the year, sometimes parents have a challenge to keep their children entertained so hopefully this event can help. We will select ten youngsters on the day to take a penalties against Aaron Chapman and Conor O’Malley and Peter Burrow will be there too.”

The Ticket Office and Club Shop will be open from 9am until 5pm on the day with plenty of perfect late festive gifts in store. Remember, Posh entertain Walsall at the ABAX Stadium on Saturday 22nd December (3pm) and there is plenty of festive fun for all of the family at that fixture within the fan zone. To find out more about the Posh Christmas Market click here.

9am: Ticket Office and Club Shop open
1030am: The North Stand will be open for supporters to watch training
11am: First team training on the pitch.
12pm: 11 vs. 11 game featuring members of the first team and the under 18 squad.
12.30pm: Ryan Tafazolli, Louis Reed and Joe Ward will be in the Club Shop to sign autographs.
12.30pm: Rest of squad will be in the Caroline Hand Executive Suite to meet supporters, pose for pictures and sign autographs.
2.00pm: Event concludes.
5pm: Ticket Office and Club Shop closes.

Please note, parking on site is limited but Fair Meadow Car Park opposite the stadium will be open (pay and display)