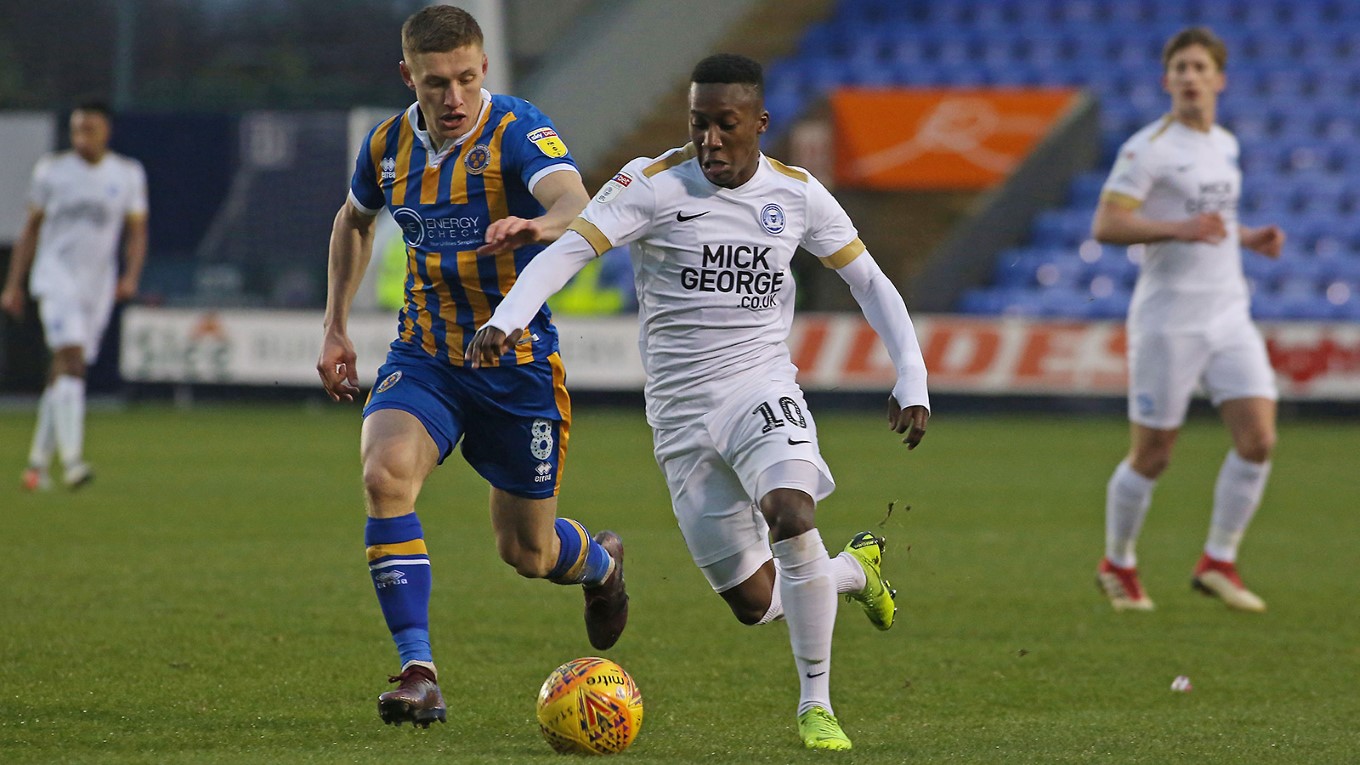 Peterborough United scored in stoppage time to secure a 2-2 draw at Shrewsbury Town with defender Rhys Bennett scrambling home an equaliser from a quickly-taken corner kick, but manager Steve Evans was disappointed with the manner of the goals conceded.

It was a nightmare start for Posh as inside the two minutes, Greg DOCHERTY unleashed a low shot into the bottom corner from 25-yards. After a disappointing 10 minutes, Posh got themselves level on 12 minutes as a low right-footed cross from Marcus Maddison was turned in at the near post by Matt GODDEN for his first league goal since October 13th.

Toney was denied by Steve Arnold at the near post on 22 minutes after a header from a first time Ward cross. Aaron Chapman did well to beat away a stinging Docherty drive on 34 minutes after a poor defensive header.

Chapman did well to tip a swerving Laurent shot around the post on 40 minutes after the keeper’s initial clearance had held up in the swirling wind. On the stroke of half-time, Toney saw a low shot parried by Arnold before the referee brought the first half to a close.

Posh made their first change on 56 minutes as George Cooper replaced Dembele. Colin Daniel saw a powerful effort from long-range go wide of the near post moments later. The home side got their noses in front on 59 minutes and it was a terrible goalkeeping error as Chapman tried to get to a through-ball but was beaten to it by OKENABIRHIE who rounded the keeper and slotted into the empty net.

The second Shrews goalscorer tested Chapman again on 63 minutes but this time the keeper was able to gather. Maddison saw a low effort from 30-yards diverted around the post by Arnold with Daniel’s header from the resulting corner kick going wide.

Posh somehow managed to contrive a glorious chance to level after a fine counter attack, Ward’s low cross picked out Godden but he hit the bar from two-yards. Jamie Walker replaced Reed as manager Steve Evans made his second change of the game on 70 minutes.

Grant was cautioned for a foul on Walker on 78 minutes and Jason Cummings followed him into the book for a blatant shirt tug. As the game moved into five minutes of added time, Posh found a leveller following a goal-mouth melee with BENNETT apparently getting the final touch to secure a point.