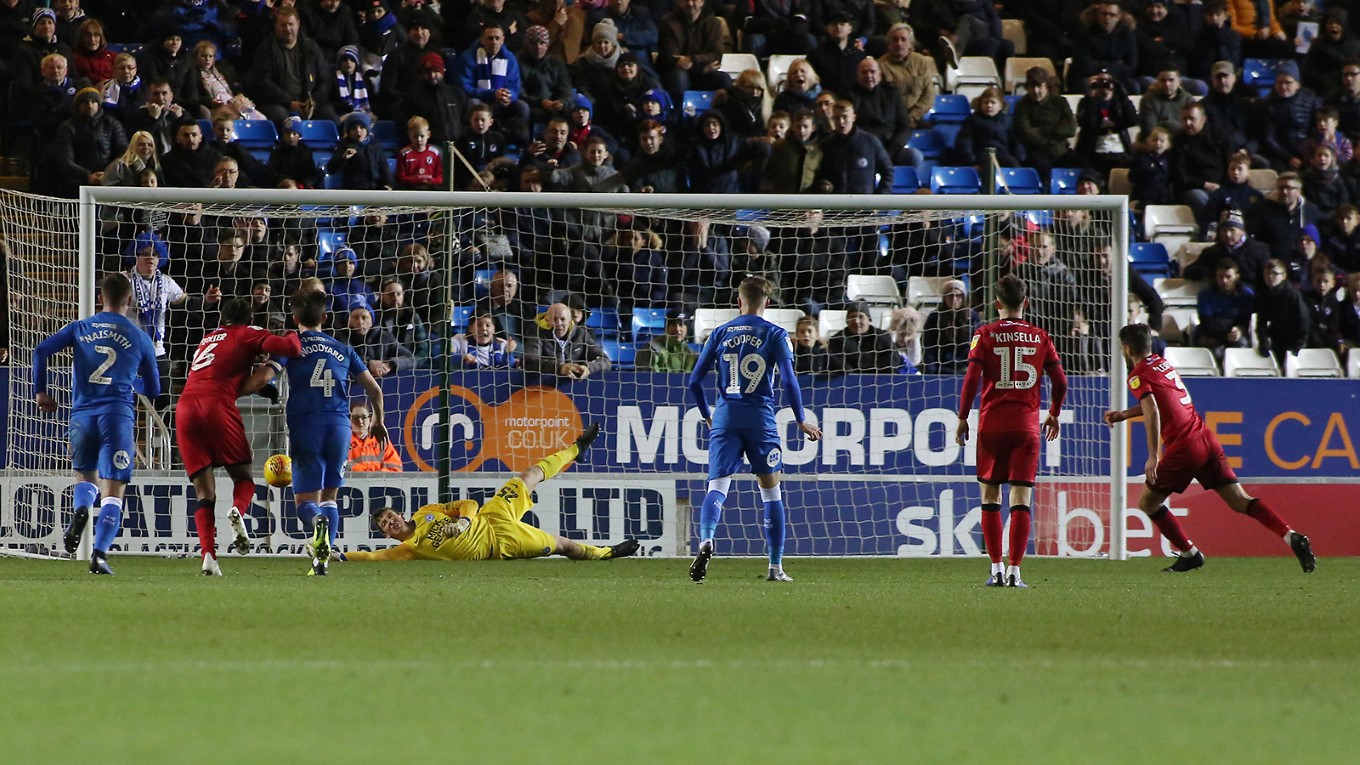 Match report for Peterborough United vs Walsall on 22 Dec 18

Posh boss Steve Evans was left disappointed after his side were held to a 1-1 draw.

Peterborough United goalkeeper Conor O’Malley kept up his penalty heroics as he kept out a late Luke Leahy spot-kick to preserve a point for Steve Evans’ men as Walsall claimed a 1-1 draw at the ABAX Stadium.

Posh were fortunate inside the opening few minutes of the contest as an in-swinging corner kick was nodded towards goal by Jon Guthrie, somehow goalkeeper Conor O’Malley kept it out with the aid of his team-mates just in front of him as the visitors tried to scramble the ball home.

Ivan Toney saw a free-kick deflected behind for a corner kick on 27 minutes after Woodyard was pushed to the floor following a half cleared set-piece. Toney then tested Liam Roberts with a low drive from 25-yards after good work from right back by Ward.

Posh created a good chance for Toney after an excellent bit of football with Dembele at the heart of it, the striker eventually guiding his shot on the volley wide with his left-foot. Andy Cook was cautioned for leading with his elbow into the face of Bennett on 38 minutes.

In first half stoppage time, Walsall got their noses in front as Posh struggled to clear and Isaah OSBOURNE nodded home from close-range. Posh levelled within 60 seconds of the re-start, a fine corner from Marcus Maddison was nodded home by the in-form Ivan TONEY. Posh made a change on the hour mark with Matt Stevens replacing Matt Godden.

Cook saw a free header blocked from a corner kick as the Saddlers came close to re-taking the lead. Maddison was cautioned for a foul on 71 minutes by referee Mr Marsden. O’Malley produced a fine stop to keep out Cook with the rebound somehow bundled wide by Gordon.

Maddison sent a low shot from distance just wide of the post on 86 minutes as Posh pushed for a winning goal. On 88 minutes, Walsall were awarded a spot-kick as Devlin was brought down by O’Malley. Leahy stepped up to take the spot-kick but O’Malley kept it out with a fine save diving to his right.

O’Malley produced heroics again deep into stoppage time, somehow keeping out Ferrier and Cook as Posh were pegged back but despite some more nervy moments, the contest ended in a 1-1 draw.