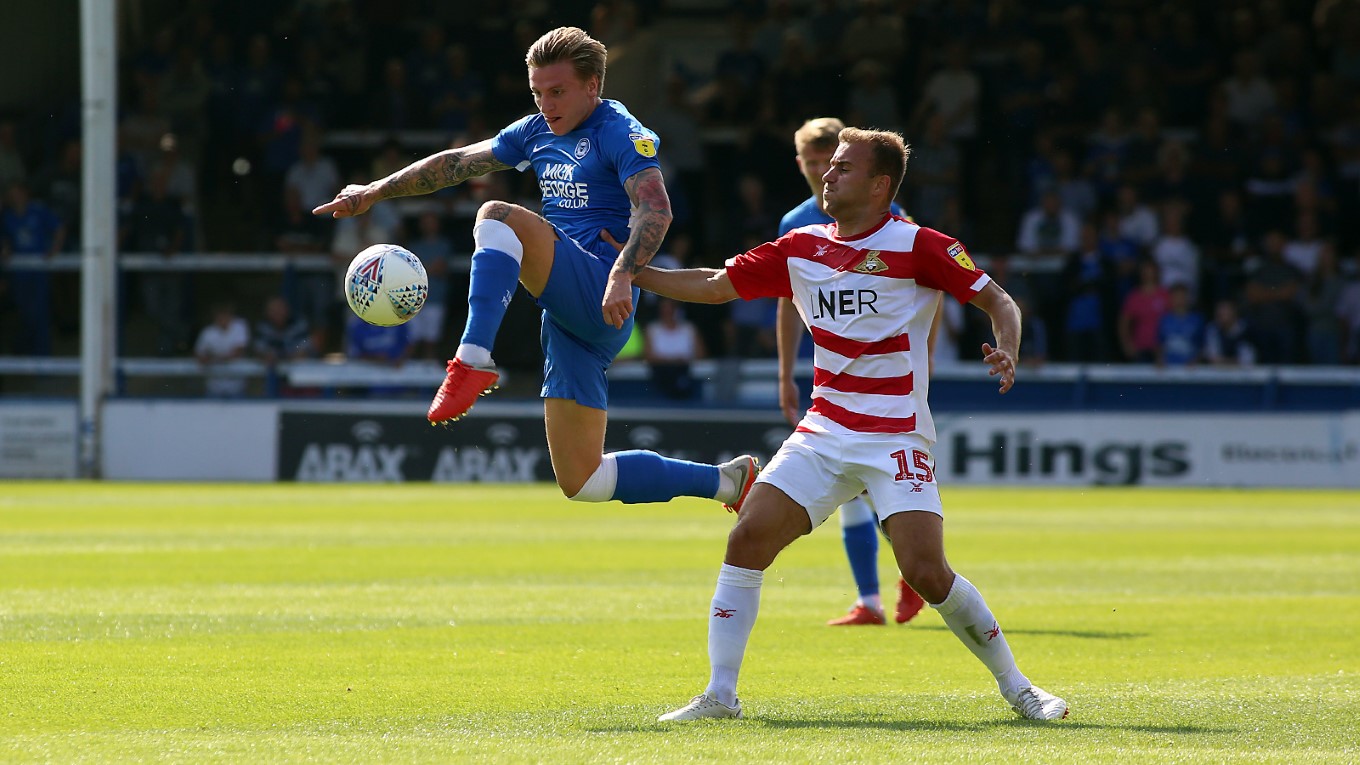 The Posh reserves recorded a 3-2 victory over strong Doncaster

The Peterborough United reserves came back from 2-0 down to secure a 3-2 victory over Doncaster Rovers at the Mick George Training Academy following an eventful Central League cup-tie on Tuesday afternoon.

The visitors, who included former Posh players Tommy Rowe and Paul Taylor in their starting line-up, made a positive start and opened the scoring with Matty Blair converting from close-range after good work from striker Alfie May.

It was Taylor who doubled the lead with a fine finish from distance but despite the score-line, Posh were creating opportunities in front of goal. They got their reward in the second half when George Cooper finished well after a good move.

Striker Matty Stevens continued his fine 2018 with the equaliser from close-range before Jason Cummings completed the turnaround from the penalty spot in the final 10 minutes of the contest after Mark O’Hara was felled in the box. Cummings had created both goals for Cooper and Stevens. Taylor was dismissed for Doncaster late on for foul and abusive language towards the match official.