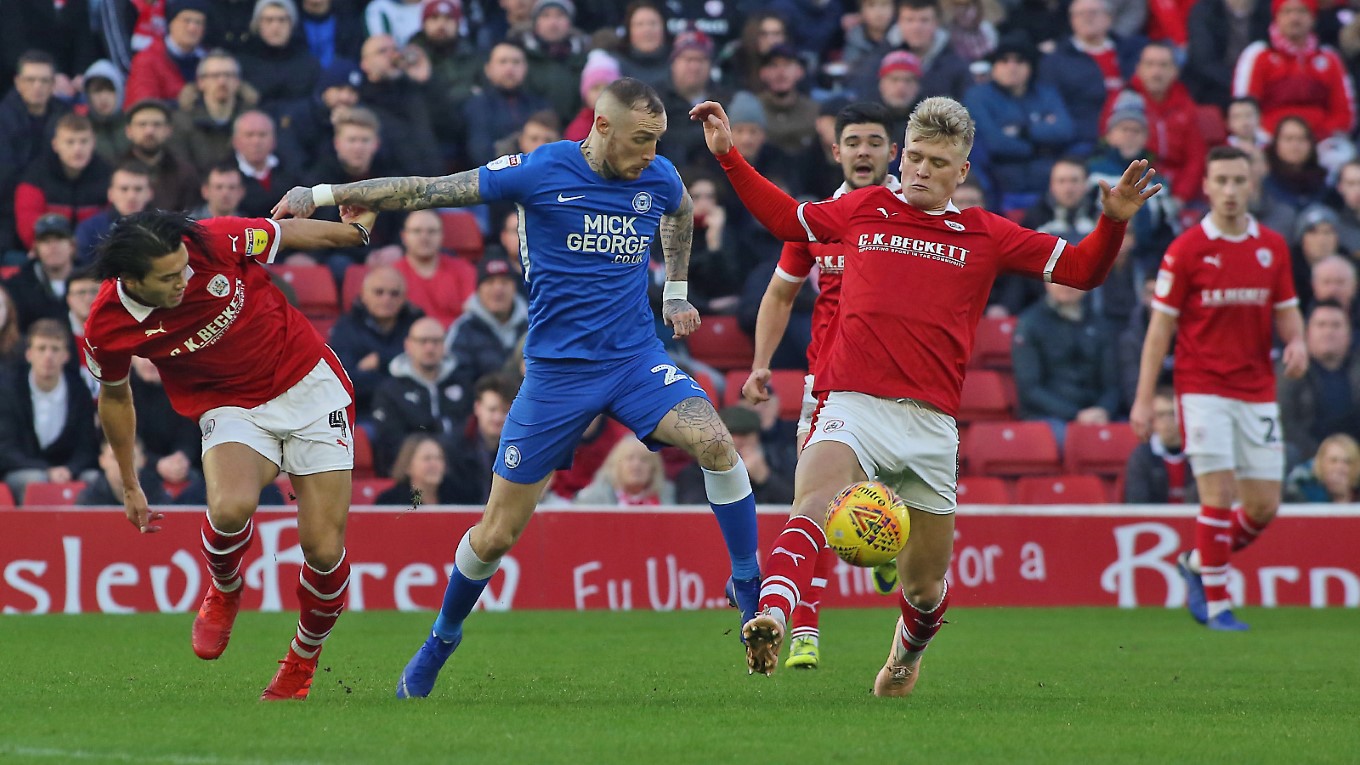 Match report for Barnsley vs Peterborough United on 26 Dec 18

A goal in either half saw Barnsley record a 2-0 victory over Posh.

Peterborough United slipped to their first defeat since the beginning of November as Barnsley recorded a comfortable 2-0 victory at Oakwell with a goal in each half condemning Steve Evans’ men to defeat.

The Posh boss will point to a penalty not given in the first half as Mark O’Hara appeared to be felled in the box and in the second half when the officials inexplicably gave a free-kick to the home side when Ivan Toney was hauled down as he raced towards goal.

Marcus Maddison saw an ambitious half volley fly over the crossbar on four minutes after a good aerial duel which was won by Ivan Toney. Mark O’Hara wanted a spot-kick on nine minutes after taking a tumble in the box but the referee Carl Boyeson waved away the protests.

O’Malley was well placed to keep out a curling effort from Kenny Dougall on the quarter hour mark after a patient bit of play from the hosts. Bahre then skied a difficult opportunity over the bar from just inside the penalty area.

On 22 minutes, the Tykes got their noses in front as a low centre from the right was turned in at the near post by Alex MOWATT. Godden was not far away from a leveller on 33 minutes following a fine run and right-footed cross from Maddison.

Cauley Woodrow glanced a corner from Mowatt well wide on 42 minutes as Barnsley pushed for a second before the interval. McGeehan was a whisker away from doubling the lead two minutes after the re-start after timing his run into the box to perfection but he guided his shot wide of the near post.

The hosts did double their advantage a minute later and it was an absolute belter from Cauley WOODROW who rocketed a shot into the top corner from 30-yards leaving keeper Conor O’Malley with absolutely no chance.

Woodrow was denied by O’Malley in fine style before Davies kept out Godden at the near post with an excellent stop after Maddison and Toney linked well to create the opportunity. Posh made a double change just before the hour mark with Siriki Dembele and Jason Cummings replacing Daniel and Godden.

Potts whistled a shot wide while Cavare did the same after a strong run from right back. O’Malley did well to smother at the feet of McGeehan on 82 minutes as Barnsley came close to a third goal.