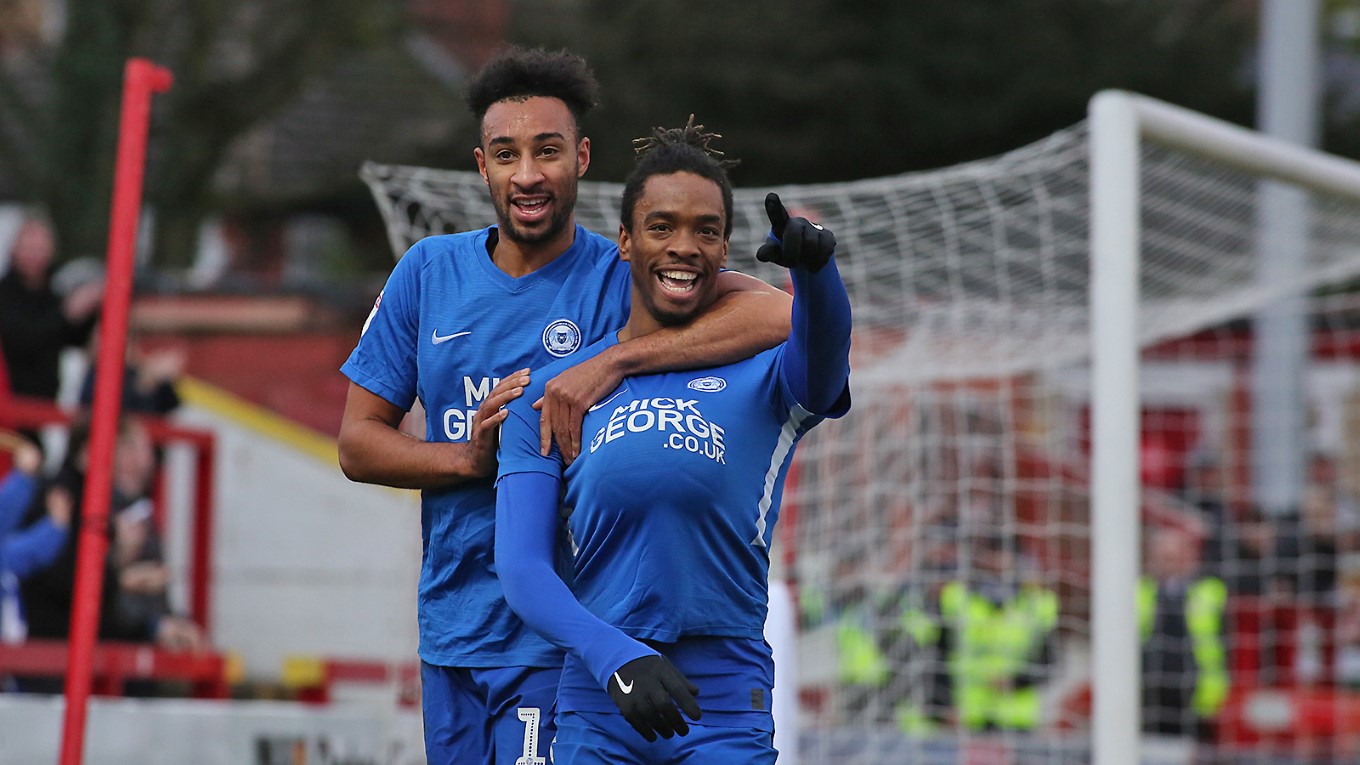 In-Form Ivan Toney bags a hat-trick in Posh romp at the Wham Stadium.

Peterborough United bounced back from the Boxing Day defeat to Barnsley in fine style with a convincing 4-0 victory at Accrington Stanley with Ivan Toney netting his second hat-trick in 19 days, taking his tally to 16 for the campaign.

Posh created a glorious opening inside the first two minutes of the contest, Ivan Toney doing superbly well to nutmeg the defender and square for the onrushing Joe Ward, but he side-footed wide with his right-foot.

Siriki Dembele then tricked his way past two defenders only to see his low strike from just outside of the box claimed at the second attempt by Connor Ripley. It was the other Conor who was next to be worked, pushing a low Sean McConville effort around the post.

O’Malley did well to keep out a low Kee effort on 17 minutes but Clark should have done better with the rebound, the winger stabbing a close-range shot wide. Posh opened the scoring on 18 minutes and it was no surprise that it was Ivan TONEY with it, heading home an in-swinging Marcus Maddison free-kick for his 14th goal of the campaign.

Maddison was cautioned for a shirt tug on 22 minutes after a good run from McConville was ended at the expense of a free-kick. McConville sent the resulting free-kick wide of the near post. Dembele was then somehow kept out by a fine Ripley fingertip stop after he linked superbly with the goalscorer Toney.

Clark saw a downward header go wide on the half hour mark after timing his run into the box to perfection. Moments later and Maddison picked out Toney again in space, but this time Ripley kept out the effort at the near post.

Posh doubled the lead on 41 minutes as a long ball forward from Reed was judged perfectly by TONEY who evaded the offside trap and a rather frantic keeper who raced from his line and misjudged the bounce allowing the striker to roll the ball into the net.

Toney was denied a hat-trick by a stunning stop from Ripley who somehow diverted the fierce volley onto the post and bar with a wonderful display of reflexes. Reed was cautioned for a cynical trip in stoppage time and from the resulting set-piece, O’Malley did well to push a curling effort from McConville around the post.

Maddison saw a shot from 25-yards go wide of the post on 49 minutes after a good switch of play from Reed. The home side made a change a minute later with Zanzala replacing the skipper Conneely.

O’Malley did well to adjust his feet and keep out substitute Zanzala’s low effort from the angle moments later. Posh broke at pace on 55 minutes with Dembele and Maddison both involved but Woodyard cut inside and saw his shot gathered by Ripley.

O’Malley did well to deny Zanzala again on 59 minutes after the powerful front man brushed aside Bennett. Hughes was then cautioned for felling Toney at the other end but the striker saw his effort go well wide from the set-piece.

Toney then fired over after a swift Posh counter attack led by Dembele, Ward was the provider but the front man couldn’t keep his effort down. Posh made it 3-0 on 68 minutes as a free-kick from Maddison crashed against the crossbar and defender Rhys BENNETT was there to nod home the rebound from close-range.

Barlaser sent an effort over the bar after Zanzala had seen an effort blocked on 71 minutes. Posh made their first change on 78 minutes with Matt Godden replacing the excellent Dembele. Toney fired over on 80 minutes after a Maddison corner was only half cleared.

On 85 minutes, Posh made it 4-0 and it was a second hat-trick in six weeks for TONEY who stooped to head home from close-range after a poor defensive header from Hughes. It was the second hat-trick in 19 days for Toney as he moved onto 16 goals for the campaign.