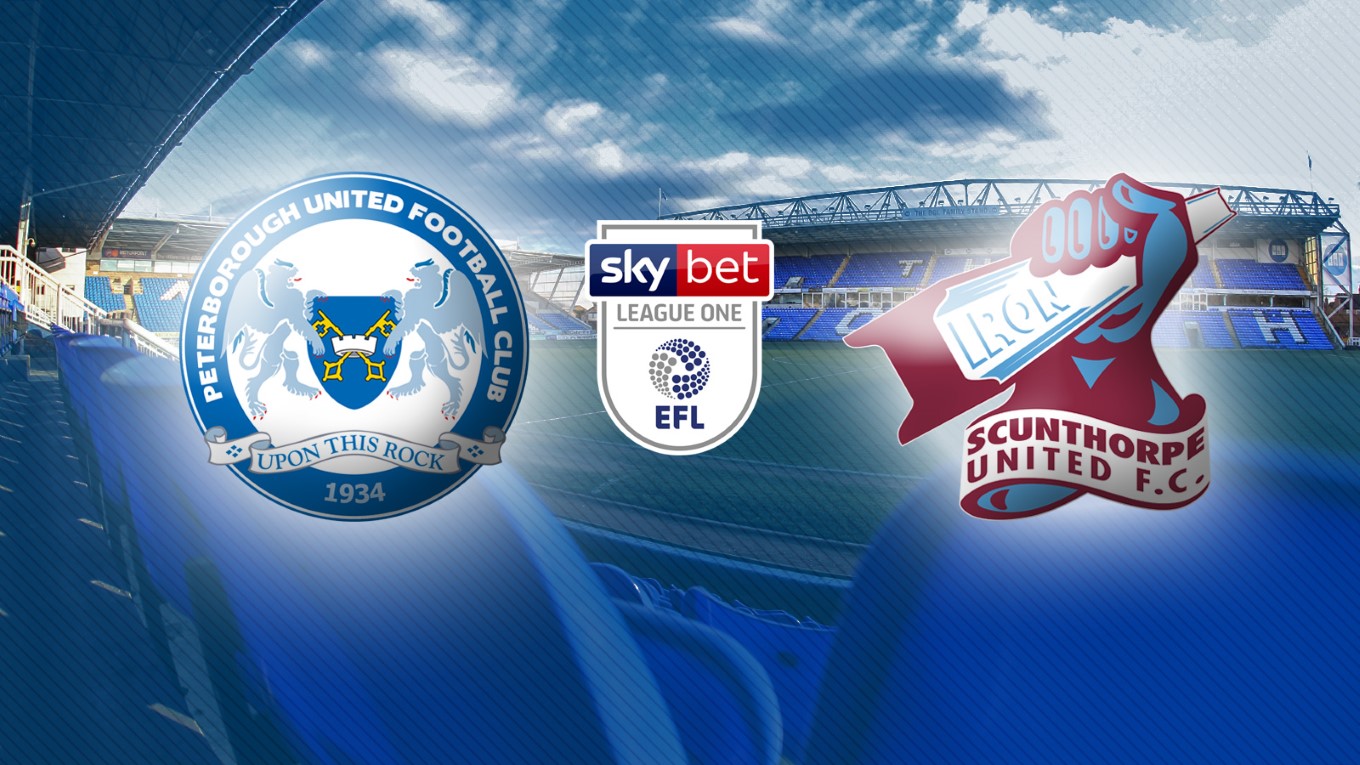 Posh return to action on New Year’s Day with a home clash with Scunthorpe United at the ABAX Stadium.

Peterborough United kick-off 2019 with a home fixture against Scunthorpe United at the ABAX Stadium on New Year’s Day (3pm) looking to build on an impressive 4-0 victory at Accrington Stanley in the final Sky Bet League One fixture of 2018.

The Iron, who have been out of form of late, did record a much needed 1-0 victory over Wycombe Wanderers at Glanford Park a few days ago but will be looking for a much better 2019 with 2018 filed as ‘forgettable’ for supporters in north Lincolnshire.

Posh boss Steve Evans has confirmed that there are no fresh injury worries for his side to contend with ahead of the clash with Scunthorpe with only Seb Bassong (calf) and Jamie Walker (gashed knee) currently in the treatment room.

Andy Dales was a substitute against Wycombe but came off soon after entering the pitch due to a neck injury, so will be assessed ahead of the clash. Josh Morris faces two months out with a fractured fibula and strained ankle ligaments. Elsewhere, Matt Gilks (knee) and Rory Watson (arm) continue to miss out.

“Scunthorpe got a win against Wycombe at the weekend and they won’t finish where they are in the table now, but I don’t want to spend too much time talking about the opposition, maybe that is what I have done too much. It is about how we impact on the game with the players that we have. We ended 2018 in fine style and we want to start 2019 in a positive manner too,” Steve Evans said.

Scunthorpe are working hard to bring at least two new faces into the squad ahead of the fixture on New Years’ Day but neither are set to feature at the ABAX Stadium. The Iron have been beset by injury problems which has affected their form but reinforcements are expected throughout the month.

Tickets are on sale at www.theposhtickets.com, via the Ticketmaster hotline 0844 847 1934 (calls cost 7ppm plus your network access fee) and in person at the ABAX Stadium Box Office. The Box Office is open until 5pm on New Years’ Eve and from 10am until kick-off on New Years’ Day.

The inflatables will be back in the Fan Zone with the Smyth’s Toys Game Stations also allowing supporters to play FIFA19. The Mobile Bar will also be open for those fans that wish to continue to celebrate the turn of the year.