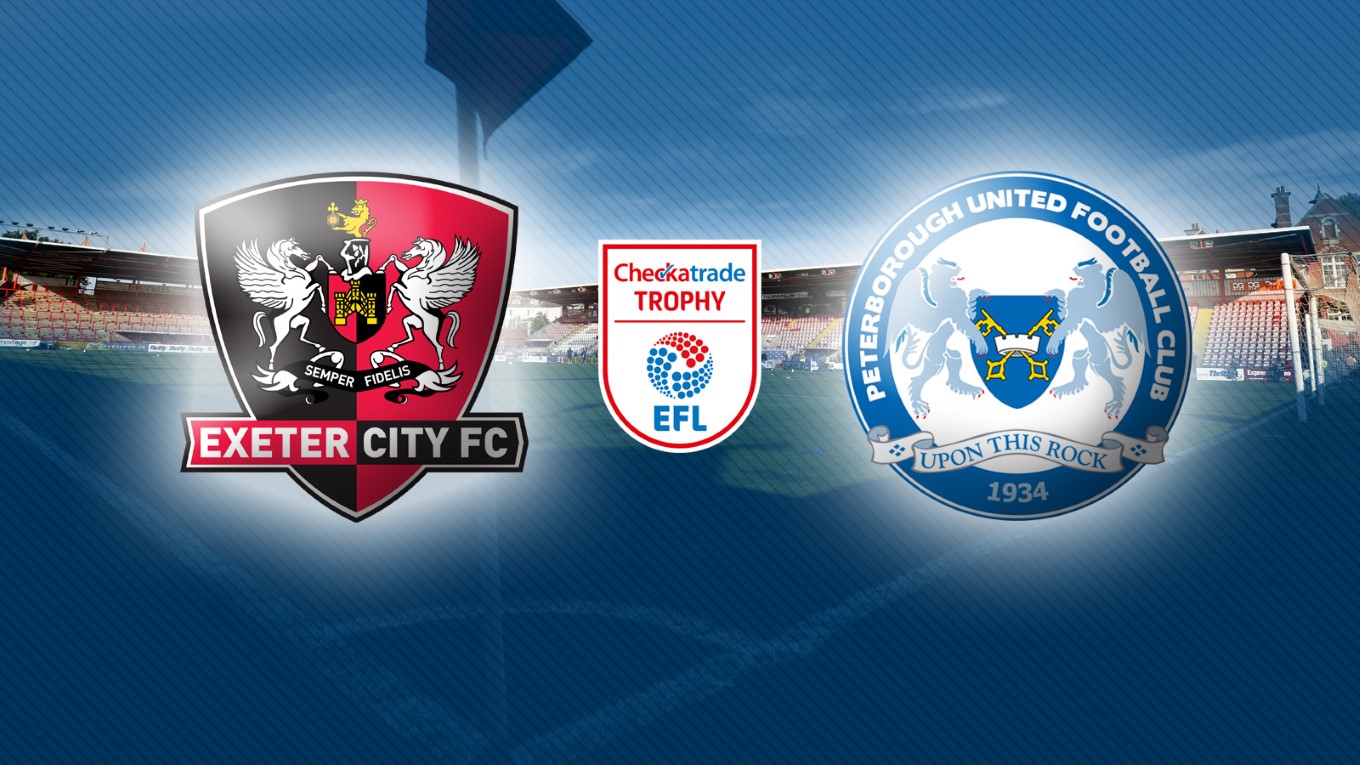 A look ahead to tonight's Checkatrade Trophy second round tie.

Peterborough United make the long journey to the south-west to face Exeter City at St James Park on Tuesday evening as the Checkatrade Trophy reaches the knockout stages, with this second round tie pitting League Two with League One (7.15pm).

The Grecians, managed by Matt Taylor, enjoyed a fine group stage of the competition with wins against Yeovil Town, West Ham United under 21s and Bristol Rovers, while Posh negotiated a group with MK Dons, Brighton and Hove Albion under 21s and Luton Town.

Posh have no fresh injury worries to contend with ahead of the tie, but boss Steve Evans has hinted he may well make changes to his starting line-up with goalkeeper Conor O’Malley, Sebastien Bassong and Mark O’Hara all pushing for starts.

Exeter have used this competition to give their fringe and younger players a run-out and boss Taylor has confirmed that will continue against Posh.

“It will be strange not having a nice glass of wine post match with Paul Tisdale and Steve Perryman but in fairness they are having a great season under the guidance of Matt Taylor. They have a number of quality players so it is no surprise to see them fighting for promotion this season. Whatever team I select we know it will be a difficult game. We will as we always do, we will look at all our squad options when it comes to selecting the team,” Evans said.

“Those lads that have played in the competition so far have earned the right to play in the next round. Peterborough are doing really well in League One so we know it will be a difficult test for us but we are looking forward to it,” Taylor said.

Tickets will be on sale until 11am on Tuesday ahead of the cup-tie. Just over 50 tickets have been sold in advance. Tickets can be purchased on the night at St. James Park. The game is not all-ticket.

Alan Young is the match official.

If the tie is level after 90 minutes, the game will go straight to penalty kicks.