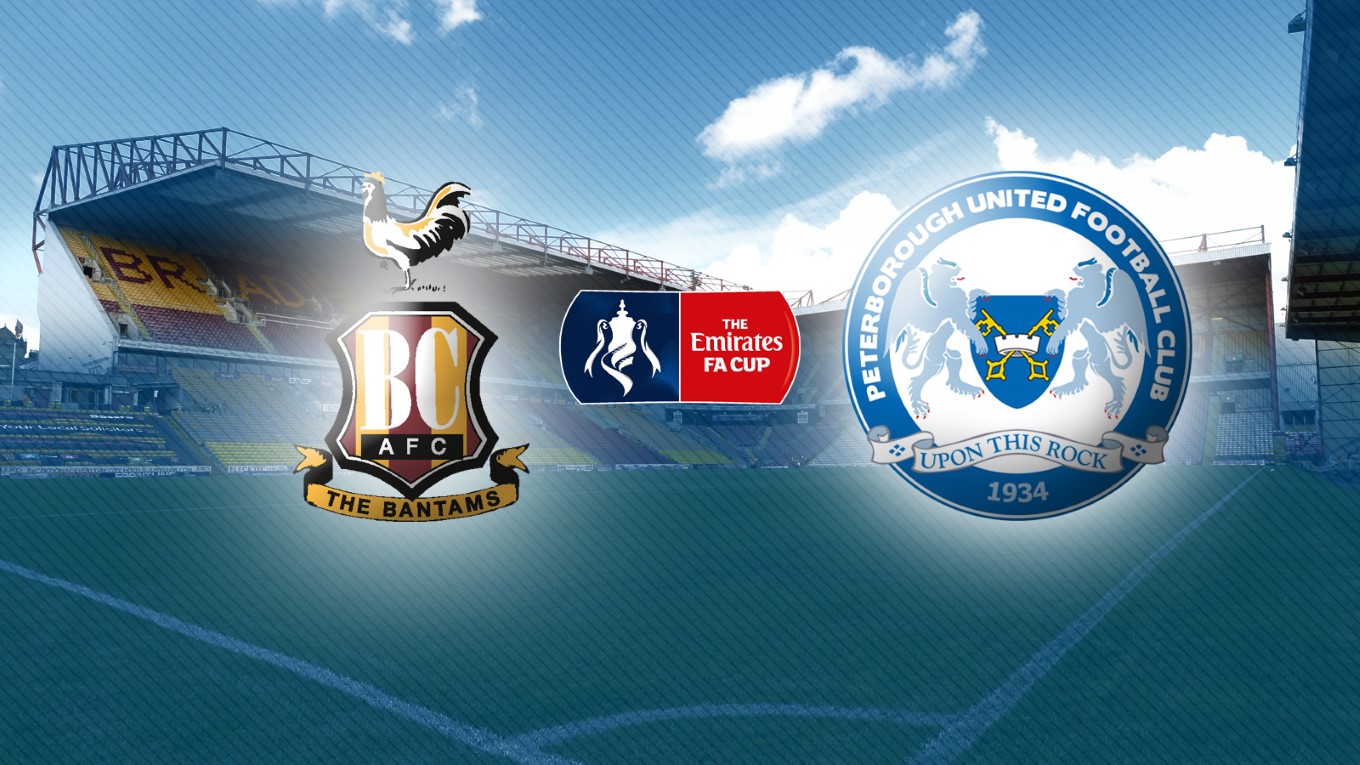 Middlesbrough await the winners of Tuesday night's second round replay.

Peterborough United travel to Valley Parade on Tuesday night for the Emirates FA Cup second round replay against Bradford City (7.45pm) with Sky Bet Championship side Middlesbrough awaiting the winners in the third round at the Riverside Stadium.

The two sides played out a 2-2 draw at the ABAX Stadium with the Bantams scoring twice in the final 10 minutes to earn a second crack of the tie. At the weekend, Bradford drew 3-3 at Plymouth Argyle in Sky Bet League One.

Posh are without the services of striker Mathew Stevens who is cup-tied after appearing in the competition for Slough Town during his loan stint. Goalkeeper Conor O’Malley could start in between the sticks after a clean sheet in the Checkatrade Trophy against Exeter City.

The Bantams have made a number of notable additions to their squad in recent weeks with Paul Caddis and Karl Henry both featuring in their starting line-up. Jack Payne is the man in form, he scored a superb goal in that draw at Home Park on Saturday.

“It is a bit like the Scottish Premier League at the minute playing the same team every other week, but Bradford are improving all of the time. They had the chances to win their game at the weekend and they will be backed by a noisy crowd I am sure. It is always a tough place to go and we will make changes, but we want to progress in the competition, there is no doubt about that,” Steve Evans said.

“We’ll see how the players are and who’s fit and ready. There were a few that were unlucky not to start on Saturday.  But I felt it was the right team to get a result and we scored three goals. We just need to take a wee bit more responsibility,” Bradford boss David Hopkin said after the 3-3 draw on Saturday.

Tickets are available at www.theposhtickets.com, via the Ticketmaster hotline 0844 847 1934 (calls cost 7ppm plus your network access fee) and in person at the ABAX Stadium Box Office until 12pm on Tuesday. Supporters can purchase tickets on the night at Valley Parade.

If the tie is level at the end of the 90 minutes, extra time and penalties will be required.