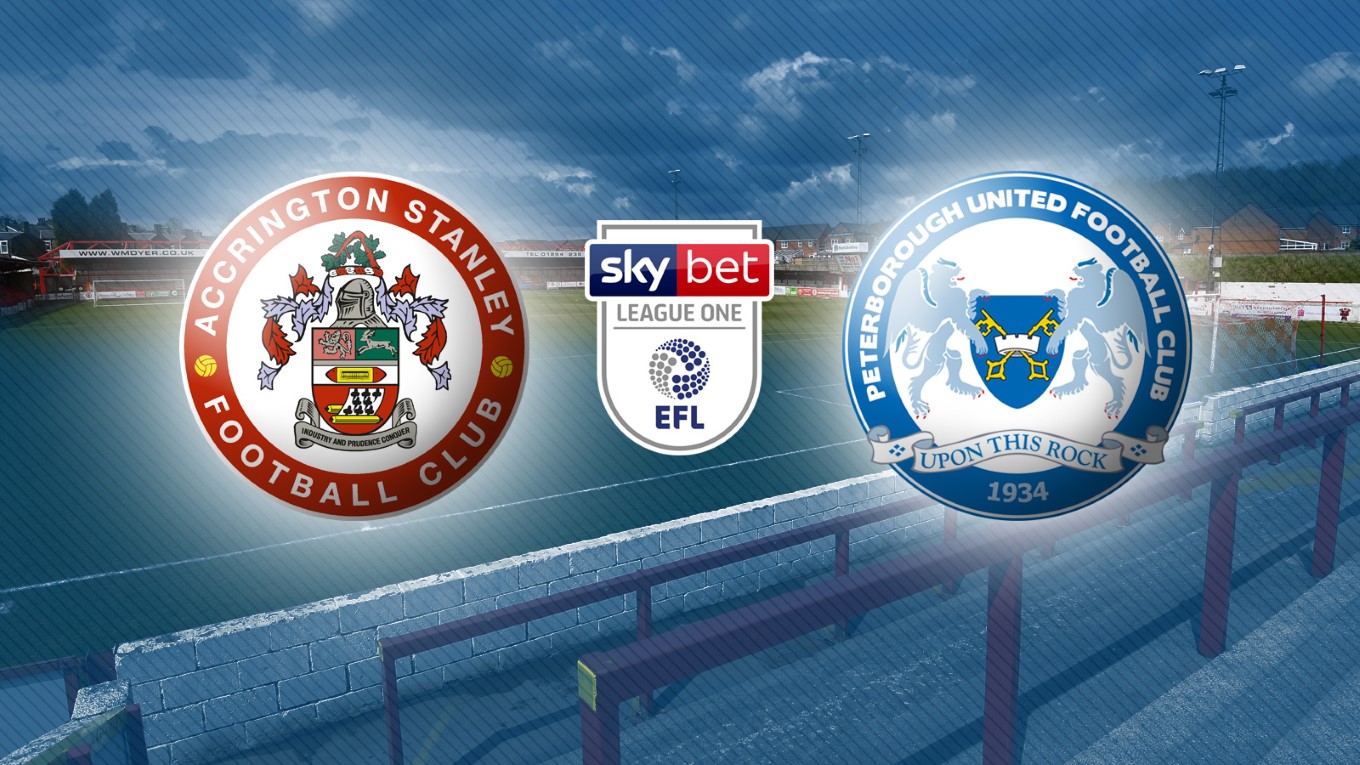 Posh travel to the Wham Stadium to face Accrington Stanley this weekend.

Peterborough United make the trip to the Wham Stadium to face Accrington Stanley on Saturday in Sky Bet League One action knowing that a victory could lift the club back into fourth position in the table ahead of the turn of the year.

Posh suffered only their fifth defeat of the campaign on Boxing Day as one of the promotion favourites, Barnsley, recorded a 2-0 victory at Oakwell. Accrington have had an excellent first half of the campaign and will be looking to do the double over Posh after a 1-0 win at the ABAX Stadium earlier in the season.

Posh are sweating on the fitness of defender Jason Naismith who limped out of the defeat to Barnsley in the second half. Ryan Tafazolli is also being monitored while Seb Bassong, Callum Cooke and Jamie Walker are all sidelined.

Accrington boss John Coleman must again decide whether to tinker with a winning side when they host Peterborough on Saturday. Coleman made one change to his side for the Boxing Day win over Shrewsbury, with Connor Hall replacing Seamus Conneely who is only recently back from injury. Scott Brown and Ross Sykes will be keen to get their chance after further bench duty on Wednesday.

“Accrington is a tough place to go. They have good wingers as they demonstrated in the game at the ABAX Stadium earlier in the season. We have players who are playing with niggles at the minute and we are just getting through as we can. We have one or two fresh concerns but we have prepared well,” Steve Evans said.

“Peterborough are above us in the league so it’ll be tough but we’ve won our last two now so we’re feeling confident and we know we can beat anyone on our day.  We’re at home again so that’s always good. The crowd will play a big factor like they always do. When you need a little push as a player, it’s always good to hear your fans backing you,” Accrington midfielder Jordan Clark said.

Posh fans can pay on the turnstiles at the Wham Stadium. Just over 230 tickets had been sold in advance. There is no price rise on the day.

Posh will be in all blue for the contest.