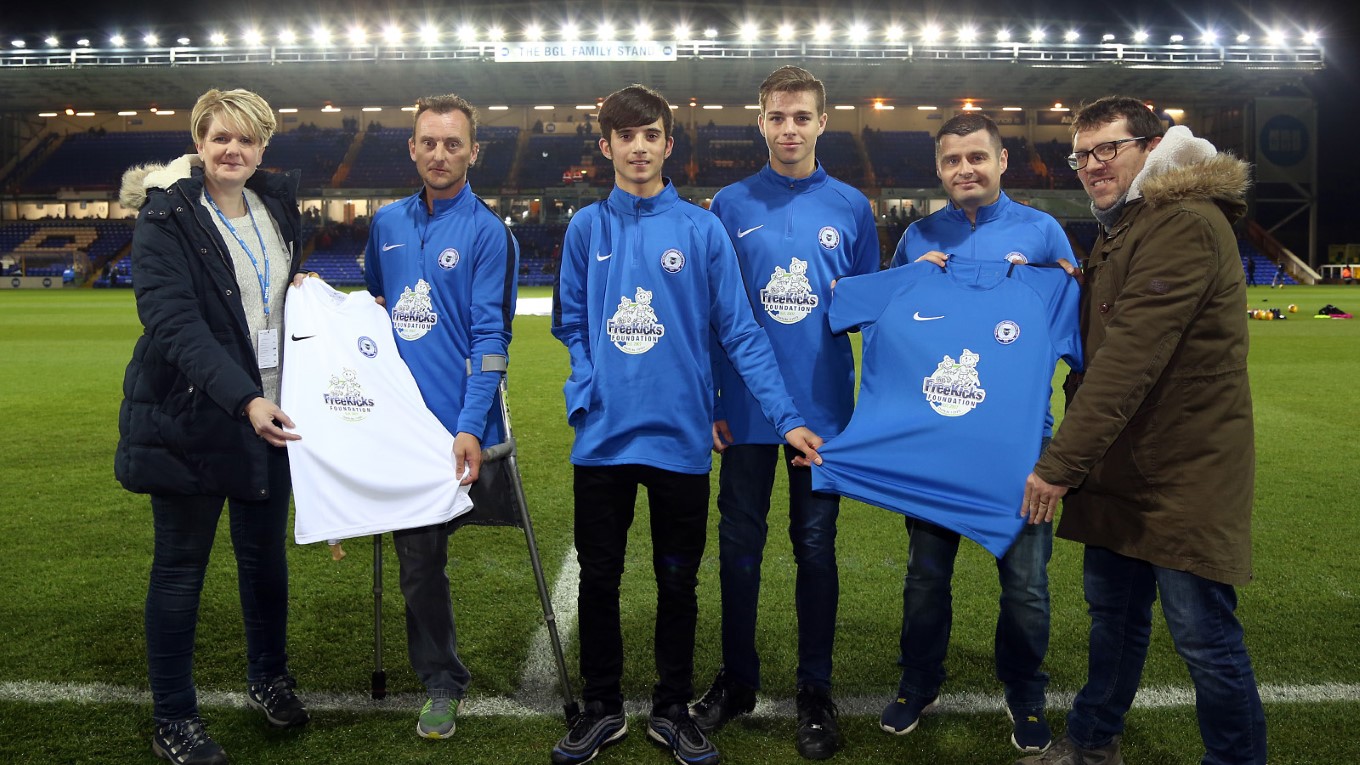 Prior to last Tuesday night’s victory against AFC Wimbledon, the Posh Foundation were delighted to welcome pitch side members of Peterborough United’s amputee team.  The team, along with non-playing manager Teilo Pearce, were joined by Steve Thorpe and Sam Downing from the Free Kicks Foundation, who have kindly sponsored the new playing kit and training wear.  The Free Kicks Foundation raise money to give deserving children and adults days out at football. (www.freekicksfoundation.org)

The kit was recently worn at the Amputee Preseason Cup, held at Manchester City on the 17th November.   A young and inexperienced side in Manchester made an encouraging start before finishing the day in 4th position out of eight sides.  The team play in the English Amputee Football League Southern Section, playing rotational tournaments at and against Arsenal, Brighton & Hove Albion and Portsmouth.  The first round of fixtures are due to take place at Arsenal in January.

The squad would be delighted to hear from any persons interested in joining the team, contact is by emailing foundation@theposh.com