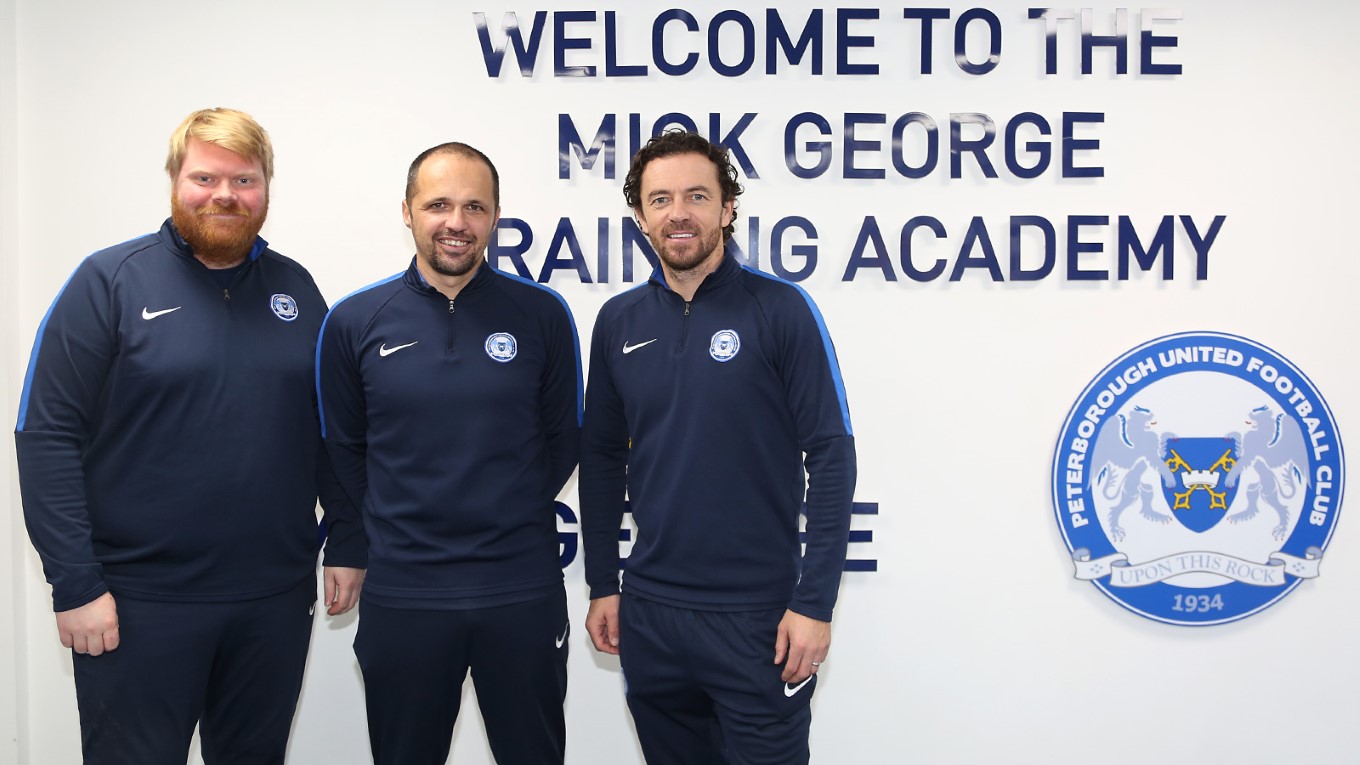 Peterborough United are pleased to announce the addition of former player Simon Davies to the coaching set-up within the Academy at the football club.

Davies will work alongside former team-mate and graduate of the youth set-up Matthew Etherington to help nurture and develop the next batch of youngsters coming through at the Mick George Training Academy.

Davies will join Etherington at Wednesday night’s FA Youth Cup third round tie at Huddersfield Town before taking on the role full-time from January 2019. Academy Manager Nick Sheppard was delighted with the appointment.

“It’s great to have Simon on board, we all know what an incredible playing career he had, coming through the academy here and going on to play hundreds of games at the very top. Not only does he bring a wealth of playing experience but more recently, Simon has been working with our own under 13s and the U18s at Fulham. I am very much looking forward to working with Simon.”

Davies admitted it was a ‘proud moment’ to wear the Posh crest once again nearly 18 years after he left the ABAX Stadium alongside Matthew Etherington to join Premier League side Tottenham Hotspur. Davies went on to play over 100 games for Spurs before spells at Everton and Fulham. He scored six goals in 58 appearances for Wales after making 10 appearances at under 21 level for his country.

“I must admit when I put the training wear on with the Posh badge, it was a proud moment. It has all happened so quickly. I spoke to Matt at the weekend after a departure within the set-up and it is a great opportunity for me and one I am really looking forward too. Myself and Matt get on very well and hopefully we can work well together and help the youngsters at the football club.

“I, alongside Matt, started my career at Peterborough United within the Academy. I enjoyed my time here, I spent a long time at the club and it is great to be back. I can’t wait to get started,” Davies said in an interview with the club’s iFollow service.

Manager Steve Evans added: “This news confirms that Posh continues to strengthen in all areas. I am delighted that Simon has joined us and will work closely with Matthew with our under 18s. This will be his first coaching position and will, as Matthew does, get all my support and help.”

Simon replaces Sam Darlow who has moved onto pastures new. Sam finished at the club on Thursday after nine years at the club doing various roles within the Peterborough United Foundation and the Academy. We would like to wish Sam well in his new challenge and thank him for all of his work during his time at the club.