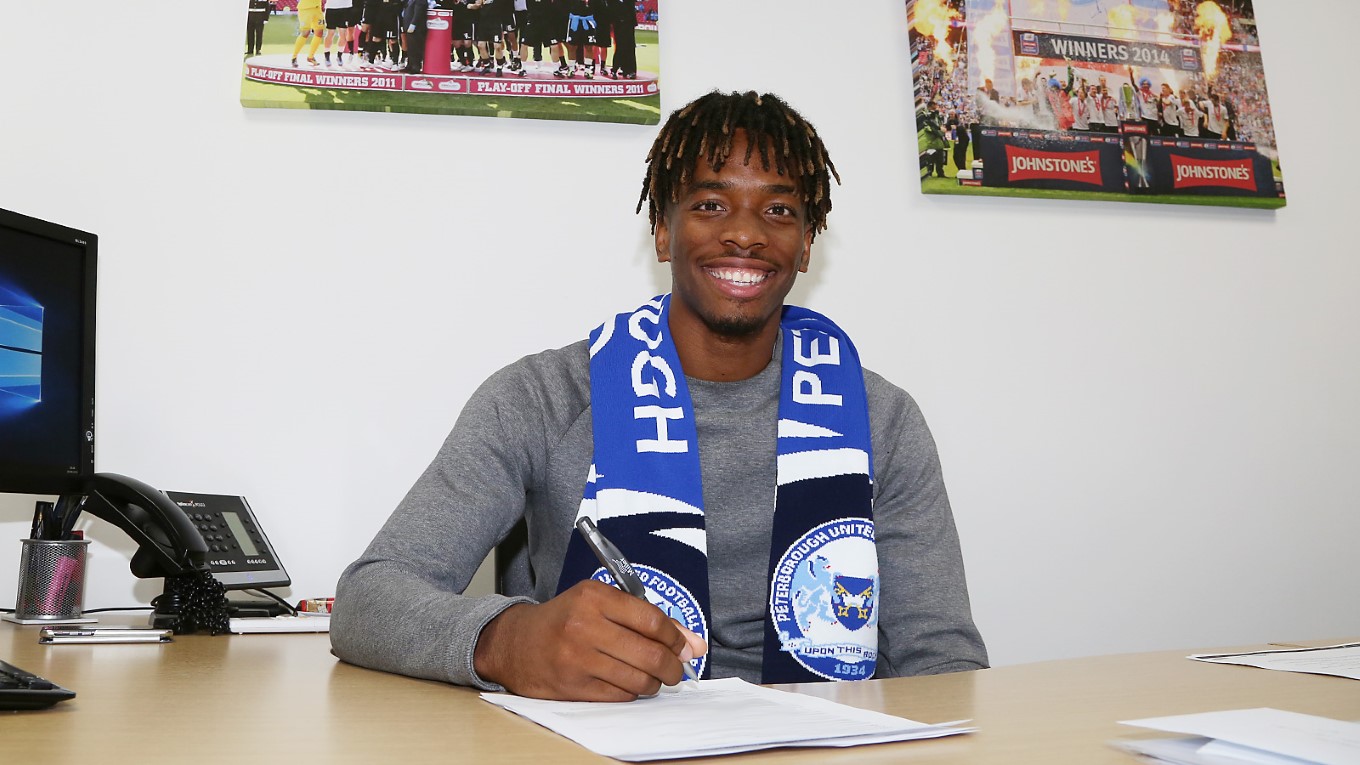 Peterborough United have bolstered their strike-force ahead of the transfer deadline by securing the signature of highly-rated Newcastle United striker Ivan Toney for an undisclosed fee with the 22-year-old penning a three-year contract at the ABAX Stadium.

Toney, who completed the formalities late on Wednesday evening, has enjoyed a fine recent scoring record at League One level with spells at Scunthorpe United and Wigan Athletic after coming through the youth ranks at Northampton Town.

Manager Steve Evans was delighted to secure the signature of the highly-rated front man with interest from a host of clubs.

“It goes without saying that I am obviously delighted to land the signature of Ivan Toney. He is a young man who is coming from a great football club but has predominantly in the last few seasons been around a number of clubs on-loan and it has to be said, he has been successful at each of them.

“I personally took up a reference on character on Ivan from most of the manager’s he has worked with because I know enough about him as a player and every one of them said they would want him part of their group this morning, so that is a very positive sign.

“Posh supporters should be aware that this is the first striker that I authorised a bid to be made for and it is the first name on the striker’s list to bring to Peterborough United when I met with the board in America back in May. Our Director of Football Barry made a written offer quite a way back and I have kept in touch with the situation and we eventually got a signature on a contract just after midnight last night.

“It goes without saying that we welcome Ivan, he has added to a strong group and brings competition in the attacking areas. What a wonderful introduction to transfer deadline day! I would like to thank Barry Fry for his perseverance who often gets forgotten in how diligently he works on these matters and of course to our chairman Darragh MacAnthony and the board,” Evans said.