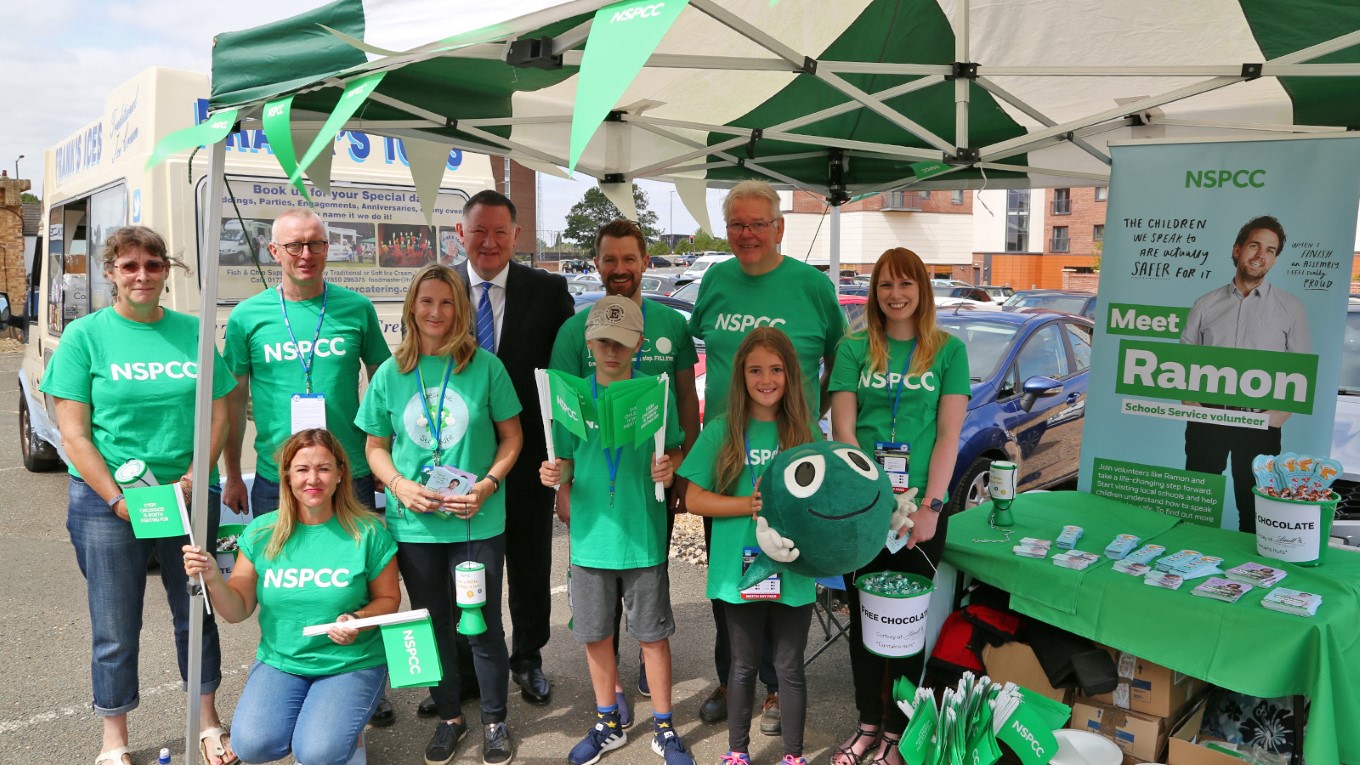 Partnership with the NSPCC officially launched at the ABAX Stadium.

NSPCC volunteers were out in force ahead of Posh’s victory over Luton on Saturday as they celebrated their Charity of the Year partnership with the club.

Peterborough United Chief Executive Bob Symns and Chris Collier from the NSPCC Peterborough Business Support group launched the partnership, which will benefit children in and around Peterborough, at the Abax Stadium.

Meanwhile, young NSPCC and Posh supporters, five-year-old Ruby Markillie and her six-year-old brother Calan, were lucky enough to join the player as mascots as they ran out onto the pitch.

Posh mascot Peter Burrow was also on hand alongside Buddy, the NSPCC speech bubble used to encourage children to speak out about abuse as part of the charity’s Speak Out Stay Safe assemblies.

This season’s partnership will also help the NSPCC Peterborough Service Centre which supports hundreds of young people and their families to help them recover from child abuse and move forward with their lives.

Volunteers from the Peterborough Business Support Group gave out NSPCC flags to fans and distributed bookmarks highlighting the PANTS rule which gives parents the tools to talk about abuse and how to stay safe with their children.

Sarah Lambley, NSPCC Community Fundraising Manager for Peterborough, said: “Thanks to everyone at Peterborough United for hosting us on Saturday, it was great day, a fantastic result and we were very well received by the fans.

“The volunteers all enjoyed themselves and were happy to receive free tickets to the match to watch Posh continue their brilliant start to the league season.

“We look forward to continuing the partnership in the coming weeks and months which will help us reach more children and young people in the city and raise awareness about preventing abuse and neglect.”