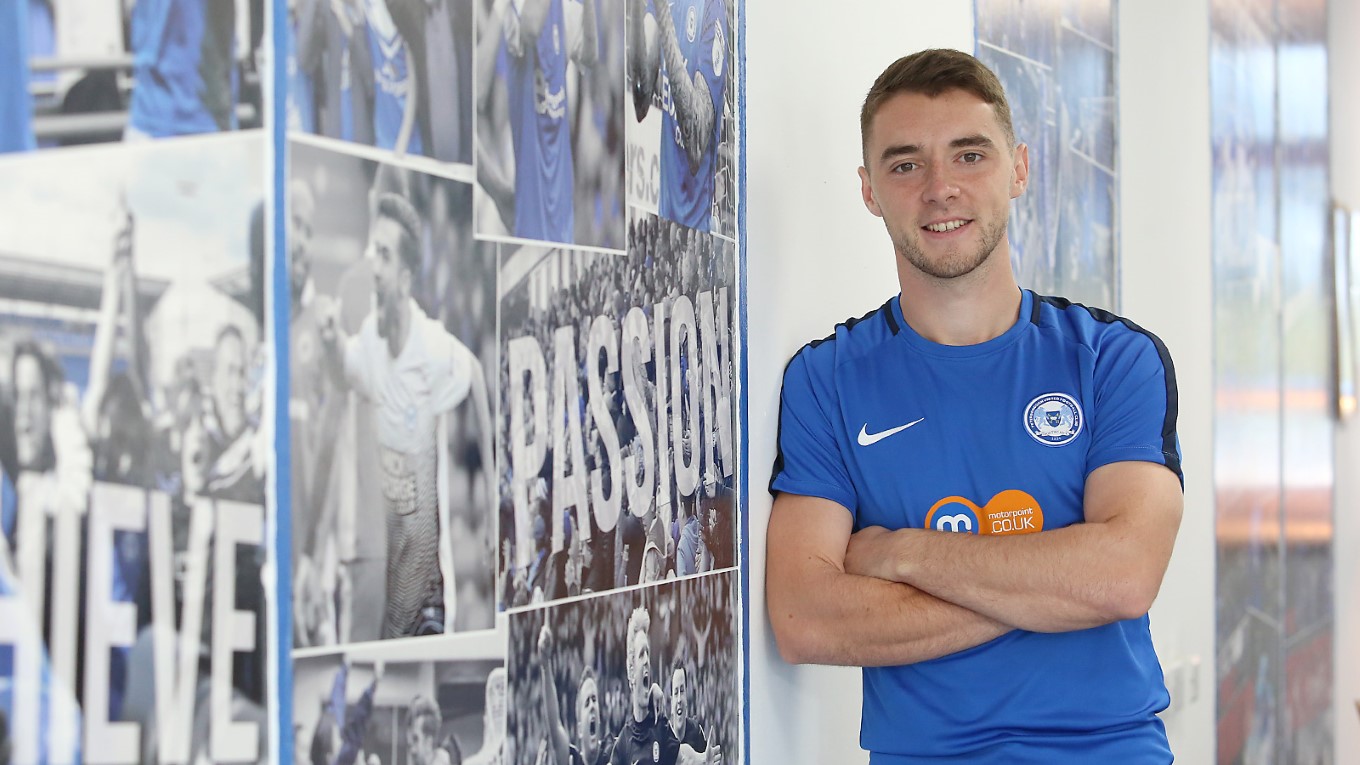 Posh boost defensive options with the arrival of Scottish right back.

Peterborough United have strengthened their squad with the signing of former Hamilton Academicals defender Darren Lyon on a deal until the end of the season, subject to international clearance.

The 23-year-old, who has been training with the club over the last week, will provide competition for places at right-back but can also operate in midfield. He helped Hamilton to promotion from the Scottish Championship and has a goal against Glasgow Rangers on his CV.

Manager Steve Evans told theposh.com: “He is a young man who came to my attention when he was part of the youth set-up at Glasgow Rangers but he wasn’t able to break into the first team at Ibrox and signed for Hamilton. He was part of that group that got promoted into the Scottish Premier League and last season I saw him play four or five times when I travelled north of the border to watch other targeted players.

“Darren is full of energy, he put in some good performances and is very comfortable at right-back or right wing back and those are his premier positions, but he can also operate as a midfielder. I can remember him scoring a goal against Rangers at Ibrox when he ran 60-yards to get on the end of a cross into the box.

“He is young, we have had him with us for a week, assessed him with the group and when we played a practice game at the training ground, he set up a couple of goals from right back and was generally outstanding. It was very important that we covered that right back and right hand side of the pitch with a bit of depth.

“We have players who can play there. Rhys Bennett played 20 games at right-back for me at Mansfield, but he is doing very well at centre back. We wanted to have good options for key areas of the pitch and right back is something we have been looking at ever since Adam King went back to Swansea City.

“Darren chose to leave Hamilton even though he had two years left to run at the club, he wasn’t happy with how he was developing and progressing at the club. He knows one or two of our lads and when we heard he was available, we invited him down and he has settled down already within the squad and the group,” Evans said.

Lyon added: "I believe this is the perfect club for me. It is a good time to be signing after such a good start to the season. The lads have been great with me. I know a few of them already from my time in Scotland. I feel this is the right time to come down to England and I am looking forward to it."