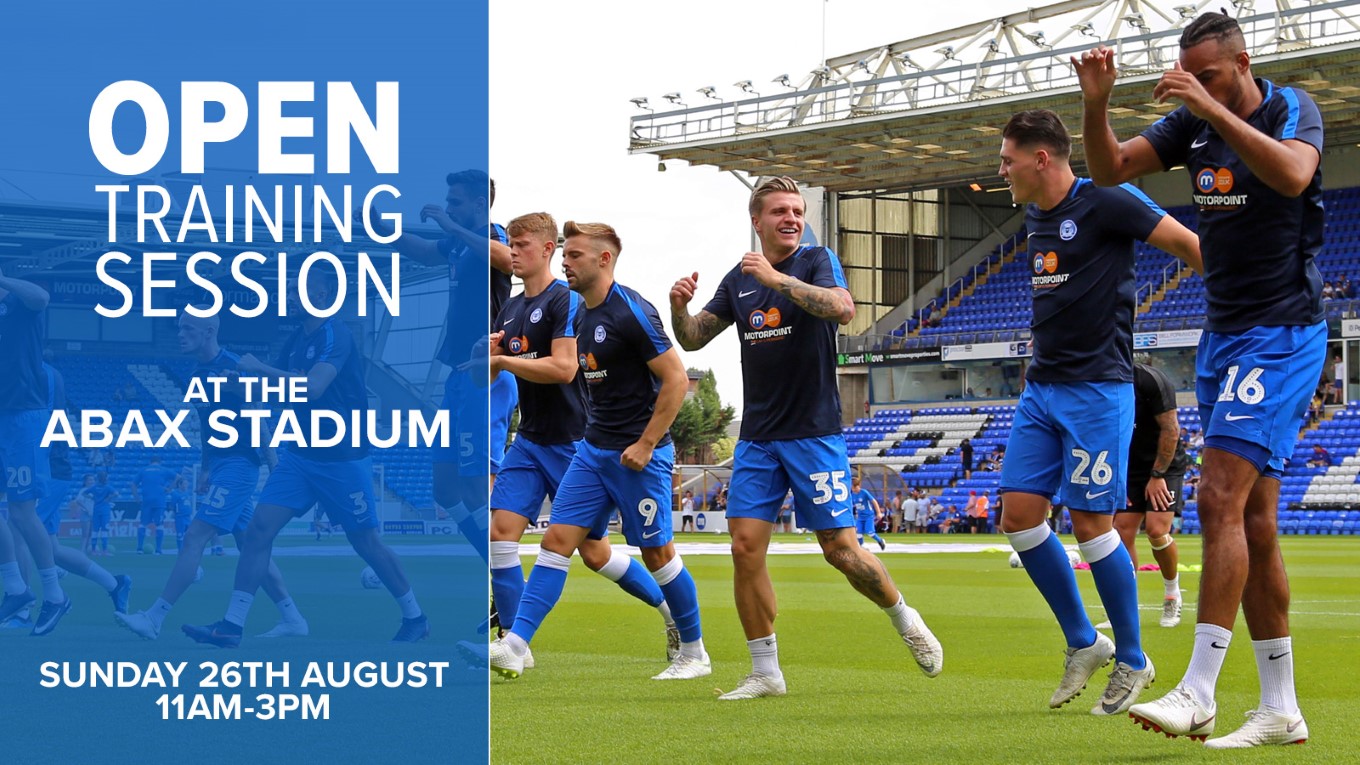 Meet the players at the ABAX Stadium on Sunday 26th August.

Peterborough United are delighted to announce a FREE open training session and a ‘Meet the Players’ event at the ABAX Stadium on Sunday 26th August.

The event will allow supporters to watch training 24 hours after the Sky Bet League One clash against Plymouth Argyle at Home Park from the North Stand at the stadium. Supporters will then be invited into the Caroline Hand Executive Suite to meet the outfield playing squad with goalkeepers Aaron Chapman, Conor O’Malley and Goalkeeping Coach Mark Tyler available in the Posh Club Shop.

The Ticket Office and Club Shop will open from 11am with training set to commence at 12pm. The signing session is due to begin just after 1pm with the Ticket Office and Shop closing at 3pm. Manager Steve Evans, who came up with the idea for the event, is looking forward to meeting supporters at the stadium.

“Putting on an open training session is something that has been discussed previously and this presents a good opportunity for fans to come down to the stadium and watch us but not only that, but get to spend some time with the players afterwards. The whole squad will be available for photographs and autographs and we are all looking forward to meeting our wonderful supporters.”

This event is not a ticketed affair, supporters can just turn up on the day and gain access to the stadium through the gate close to the Ticket Office. Supporters will then be advised how to obtain access into the Executive Suite to meet the players following the conclusion of the training session.