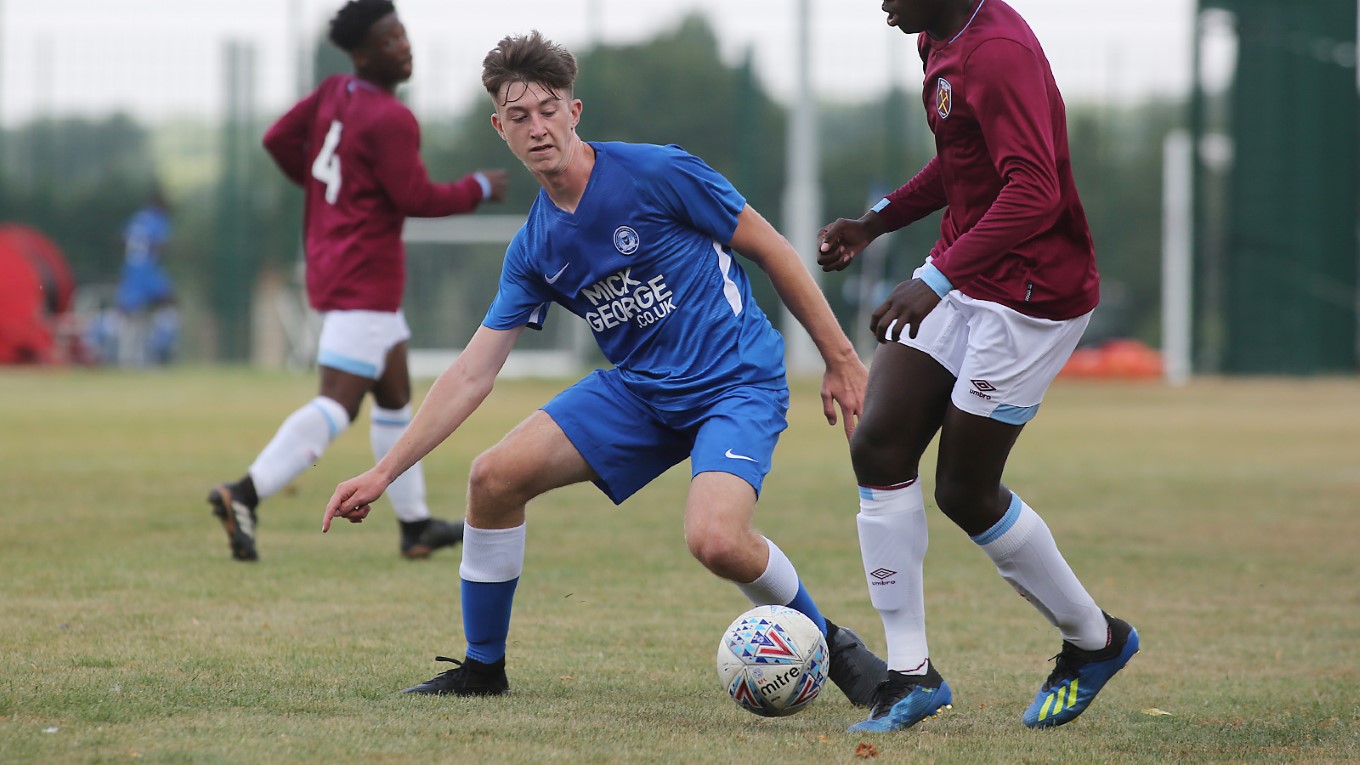 The Peterborough United under 18s began their campaign with a 2-2 draw against Stevenage at the weekend and the youngsters were left frustrated with just a point after conceding a late controversial goal to the hosts.

Posh opened the scoring early on in the game through Bradley Rolt and had chances to double the lead but Stevenage equalised before the break. However, Posh were given the chance to re-take the lead from the penalty spot, but the effort was saved. Luke Strachan did make it 2-1 two minutes after the break, but the hosts levelled the scores two minutes from time through a dubious goal.

Professional Development Phase Coach Sam Darlow said: “I thought, as a group, for our first game in the league, we played very well, certainly in possession we created lots of opportunities. We spoke at half-time about where their threats were and where we could improve and we scored inside the opening two minutes of the second half. We kept probing for a third goal, but the final touch was not quite there to get us into a comfortable position.

“Two minutes from time, we conceded an equaliser. Watching it back, there is a bit of frustration about the nature of the goal, but we have to defend a little bit better. We had chances to win the game but we come away a little disappointed we didn’t take all three points.

“Their goalkeeper made some really good saves. We have set ourselves some goals and targets from the opening set of fixtures and we are on the board ahead of our fixture with AFC Wimbledon at the weekend.”