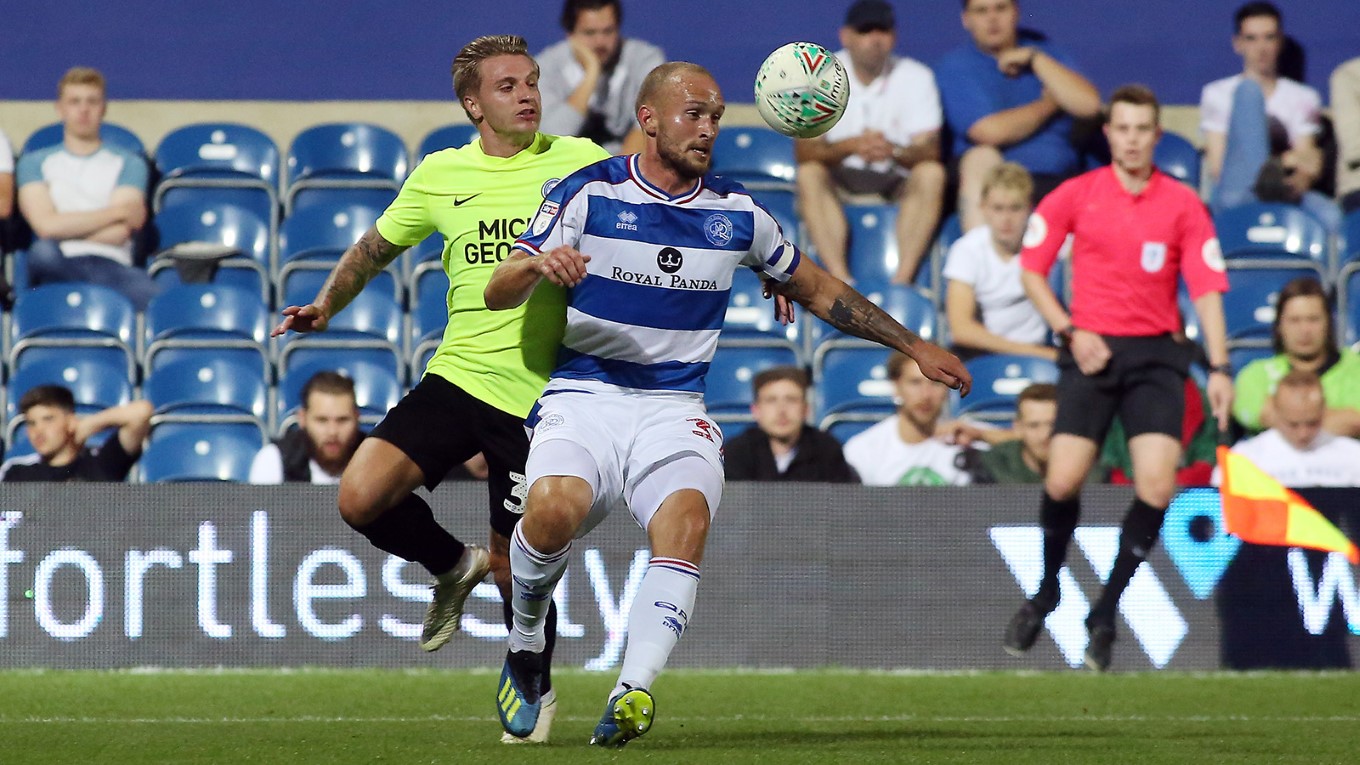 Posh beaten by slick Championship outfit in the first round of the Carabao Cup.

Peterborough United were knocked out of the Carabao Cup at the first round stage as Championship side Queens Park Rangers scored twice inside the opening five minutes at Loftus Road to condemn Steve Evans’ men to their first defeat of the campaign.

The deadlock was broken inside the opening two minutes at Loftus Road as a cross into the box from Conor Washington was parried by goalkeeper Aaron Chapman into the path of the onrushing Luke FREEMAN who made no mistake from six-yards.

The lead was doubled on five minutes as a ball into the penalty area was controlled superbly by the midfield runner WSZOLEK and he took advantage of the space to roll the ball past the onrushing Chapman and into the back of the net.

Dembele fired wide from long-range after exchanging passes with Toney on 10 minutes as Posh tried to get themselves back into the game after a disastrous opening five minutes. O’Hara sent a shot wide of the target as the first half drew to a close with the Hoops in firm control, dominating possession and causing problems in the final third.

Posh made a change at the break with Jason Cummings replacing Cooke. O’Hara was soon needing treatment following an aerial duel, but thankfully he was back on his feet and reintroduced into the action.

Scowen curled a free-kick inches wide of the near post on 50 minutes after Woodyard was penalised for a foul. Toney fired over moments later after good hold up play from Cummings. Keeper Lumley was forced to punch clear as a long throw caused a bit of panic in the QPR backline before Osayi-Samuel dragged a shot wide on the counter attack.

Dembele was a whisker away from reducing the arrears on 58 minutes, catching a volley superbly on the full, but the effort flew just past the far upright. Scowen fired over from 30-yards on 63 minutes after finding a bit of space in midfield.

Tafazolli and Toney both saw headers from a corner kick cause a bit of panic, the latter forcing keeper Lumley into a smart stop.  George Cooper made his first appearance of the season on 72 minutes, replacing Joe Ward.

Posh had a chance to set up a tense finale on 82 minutes, Cummings picking out Dembele, but his low shot is saved by the legs of keeper Lumley before Denton fired wide from long-range. Cummings should have done better moments later after a wonderful cross from Godden, the Forest loanee failing to control and the chance was gone.