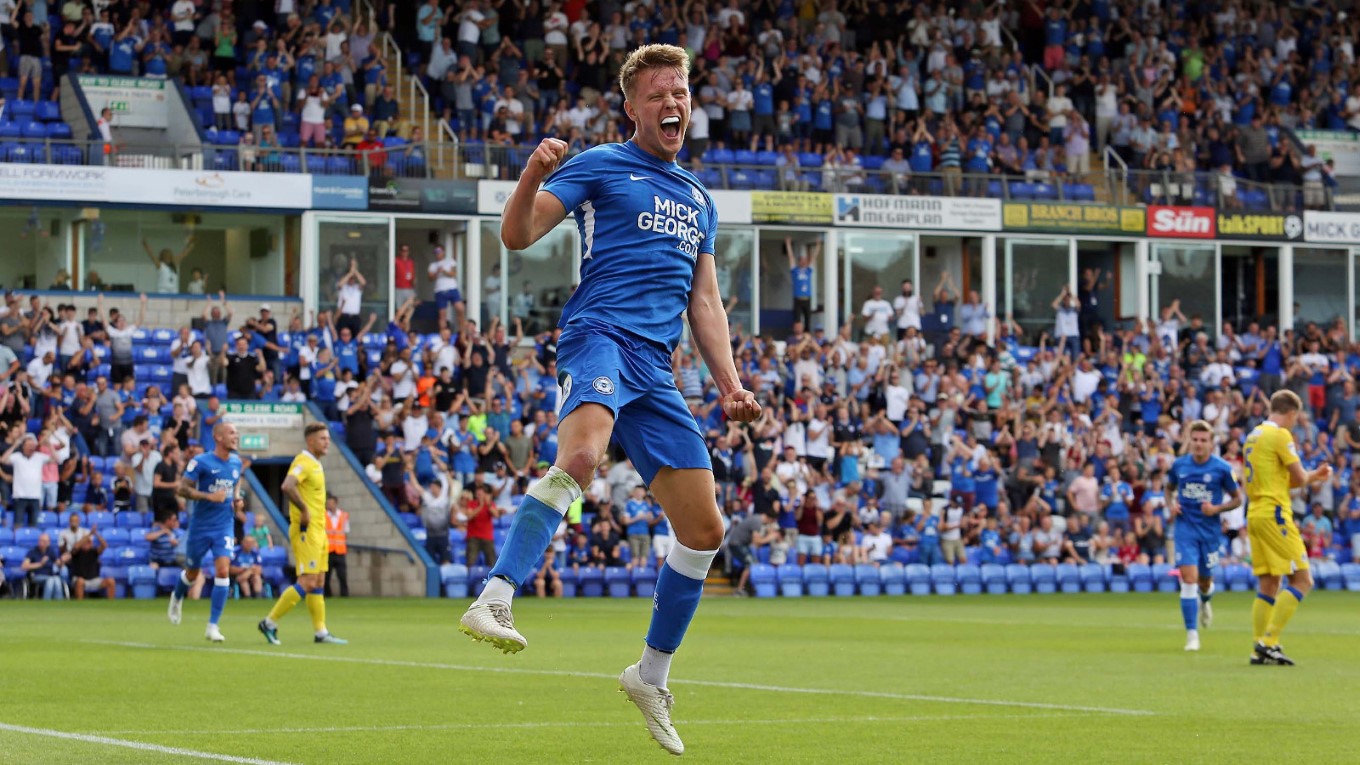 Steve Evans' men open with a 2-1 victory over Bristol Rovers at a sweltering ABAX Stadium.

Peterborough United withstood a late fightback from Bristol Rovers to open the Sky Bet League One campaign with three points as first half goals from Matty Godden and Mark O’Hara secured a 2-1 victory at the ABAX Stadium.

The deadlock was broken inside the opening two minutes as a wonderful cross from Jason Naismith was met by a perfect downward header from Matty GODDEN to give Posh the perfect start.  Mark O’Hara was cautioned for a foul in the Rovers half on nine minutes by referee John Busby.

Siriki Dembele was catching the eye with some stylish ability on the ball and from the resulting free-kick from a foul on the Grimsby man, Ward tested Slocombe with a well delivered set-piece. O’Hara headed wide from the angle on 18 minutes before referee Mr Busby called for a drinks break with temperatures rocketing.

Posh doubled the lead on 27 minutes and it was picture-book stuff from Evans’ men, Dembele caused plenty of problems on the left and picked out Daniel, the rampaging left-back, he took a touch and delivered a wonderful cross onto the head of Mark O’HARA who powered home a superb header past the flying Slocombe.

Aaron Chapman was on hand to make a good stop from a Lines header moments later as the visitors tried to shake themselves from the shock of falling two behind. Ed Upson sent a volley inches past the post on 32 minutes after doing superbly well to control a difficult cross to the edge of the box.

Nichols was cautioned for a late foul on Woodyard on 38 minutes as the midfielder went to clear the danger. Tafazoll made a fine block to deny Rodman moments after the re-start and then Bennett fired wide of the near post as Rovers made a lively start to the second period.

Both sides made a change just after the hour mark with Callum Cooke replacing Cummings for Posh and Gavin Reilly replacing Leadbitter for the visitors. Mensah headed a corner kick wide of the target before Mathew Stevens replaced Matty Godden in attack for Posh.

Chapman tipped an Upson effort over the bar deep in stoppage time and from the resulting corner kick, he was powerless to prevent a downward LOCKYER header after he had initially done well to deny Lines.