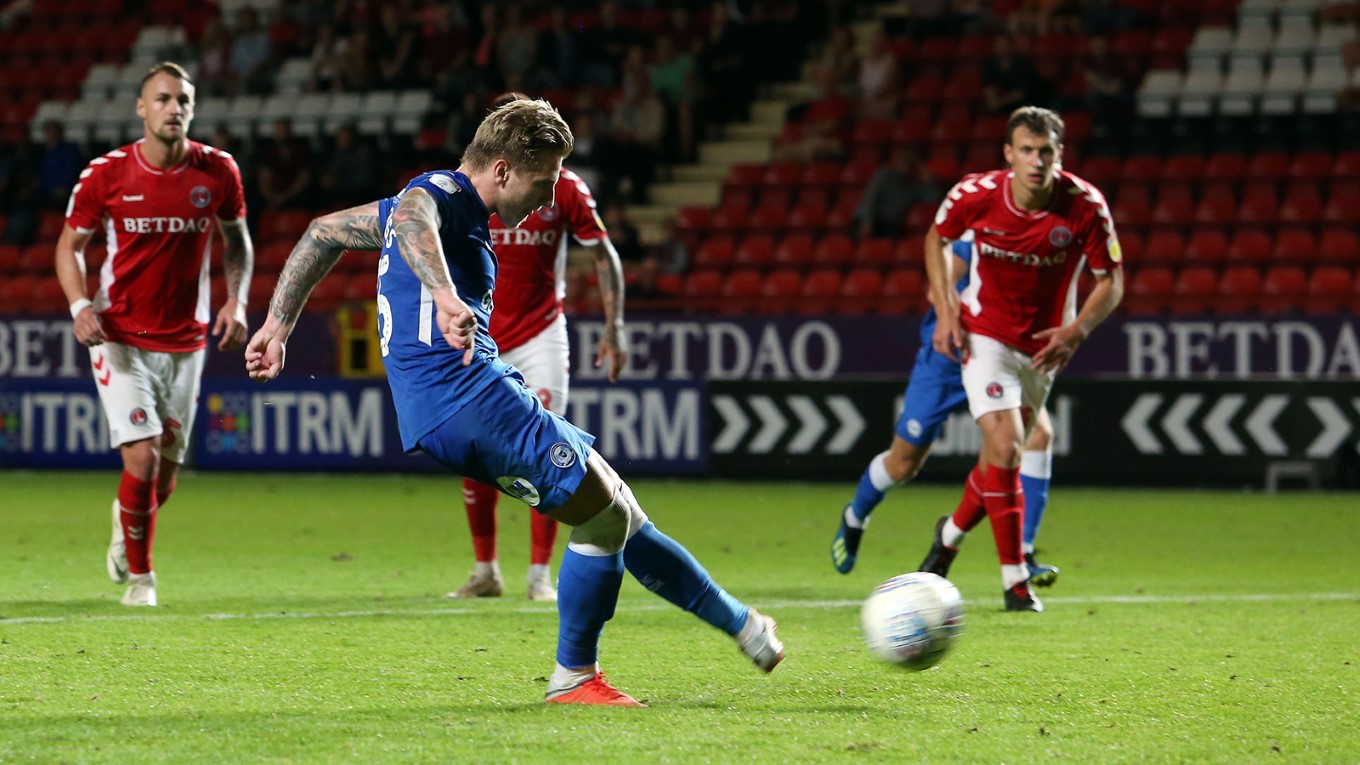 Peterborough United secured a fourth Sky Bet League One victory in a row with a 1-0 victory at the Valley against Charlton Athletic on Tuesday evening with Jason Cummings netting an 88th minute spot-kick in front of over 700 ecstatic Posh fans.

Cummings converted from 12-yards after Ivan Toney was bundled over in the penalty box following a superb left-footed cross from fellow substitute Marcus Maddison. Posh dominated for long spells, particularly in the first period with Rhys Bennett’s powerful header striking the outside of the upright.

Bennett also saw a powerful header go over the bar from another set-piece while Jason Naismith also went close although his effort would have been chalked off for offside. Goalkeeper Aaron Chapman was only called upon to deny Lyle Taylor’s deflected shot before the break.

Both managers were cautioned for dissent by the official with Steve Evans bemoaning the treatment handed out to Siriki Dembele who was chopped down twice in the opening five minutes of the contest, drawing bookings from the referee.

Dembele wasted a golden chance to give Posh a deserved lead when he raced onto a Toney flick in the second period, but his low shot was saved by the keeper. Maddison was cautioned for dissent with Taylor also getting booked for tossing the ball away in anger.

George Cooper, Toney and Maddison all came on as Posh pressed for a breakthrough and they got the reward when Toney was shoved in the back in the box. CUMMINGS sent the keeper the wrong way from the spot before celebrating with the Posh fans.

Colin Daniel produced a superb last gasp block while the entire back four produced a fine display of defending, protecting Chapman who wasn’t called upon to make a serious save in the entire 90 minutes.