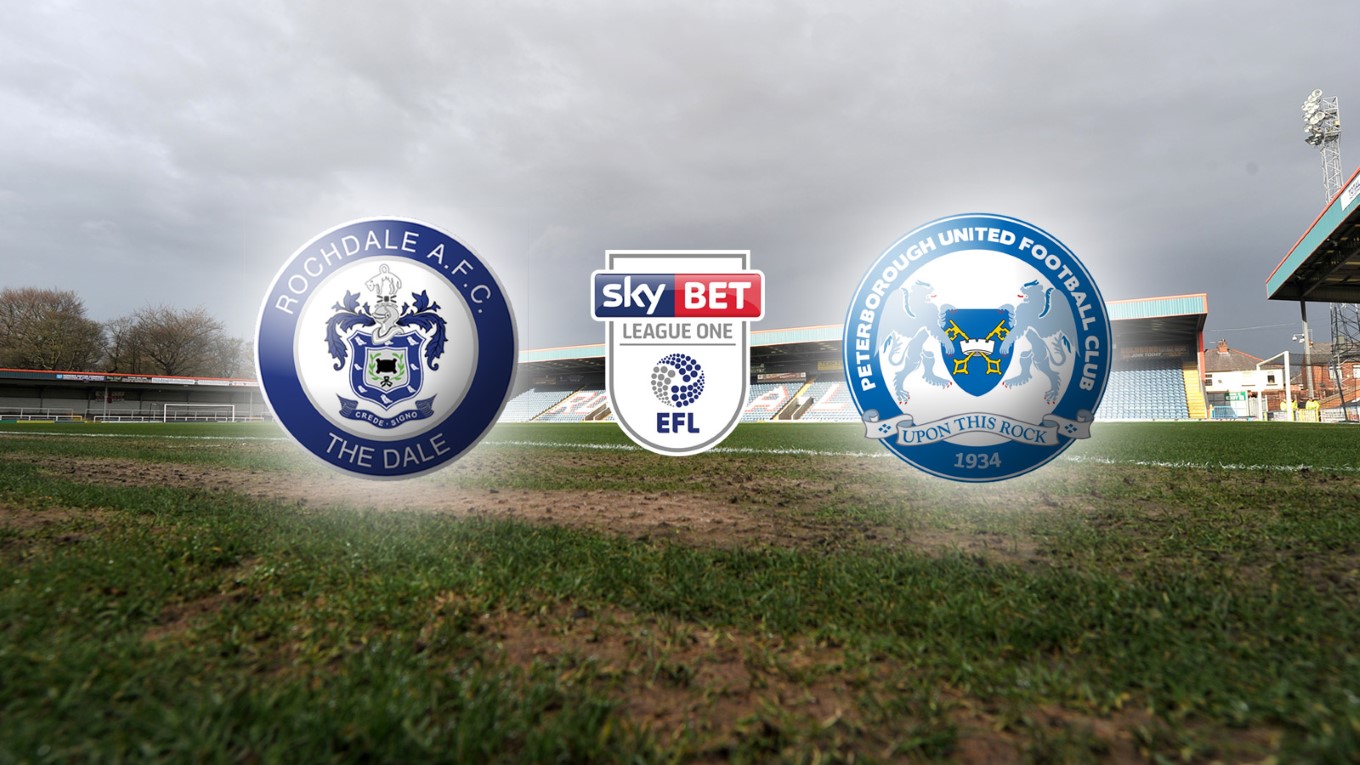 Match preview for Rochdale vs Peterborough United on 11 Aug 18

Posh travel to Rochdale on Saturday in Sky Bet League One action.

Peterborough United look to build on the opening day success over Bristol Rovers when they travel to the Crown Oil Arena to face Keith Hill’s Rochdale on Saturday afternoon (3pm) in Sky Bet League One action.

Both sides go into the fixture off the back of victories last week with Dale securing an eye-catching 2-1 victory at Burton Albion thanks to a brace of goals from former Peterborough United midfielder Brad Inman.

“Keith Hill is someone that I get on with and someone that I admire. People may say he is an under-rated manager, but not by me, I know what a talented manager he is. He has done a wonderful job at Rochdale and personally I feel he was extremely unlucky to lose his job at Barnsley. They had an excellent win on the opening day and have some good players.

“Brad Inman scored twice on the opening day and we know that he has quality. We just felt we didn’t really have too much time to see him at close quarters so that is why the move to Rochdale was good for both parties. We will be going to Rochdale to get the three points. That is how we will set up,” Evans said.

Posh midfielder Adam King has been recalled to parent club Swansea City after picking up an injury in pre-season during the friendly victory over Bedford Town. Boss Steve Evans has confirmed that he would have been side-lined until at least October/November. New signing Ivan Toney goes straight into the Posh squad after joining from Newcastle United on transfer deadline day.

The game is not all-ticket for Posh supporters and there is no price rise on the day. As at 9am on Friday morning, a total of 305 tickets had been sold for the fixture.

The match referee for the game is Anthony Backhouse.

Posh will be wearing the brand new away strip for the game. The white kit is available to purchase in the Club Shop which is open from 9am until 5pm on Friday and from 9am until 3pm on Saturday.