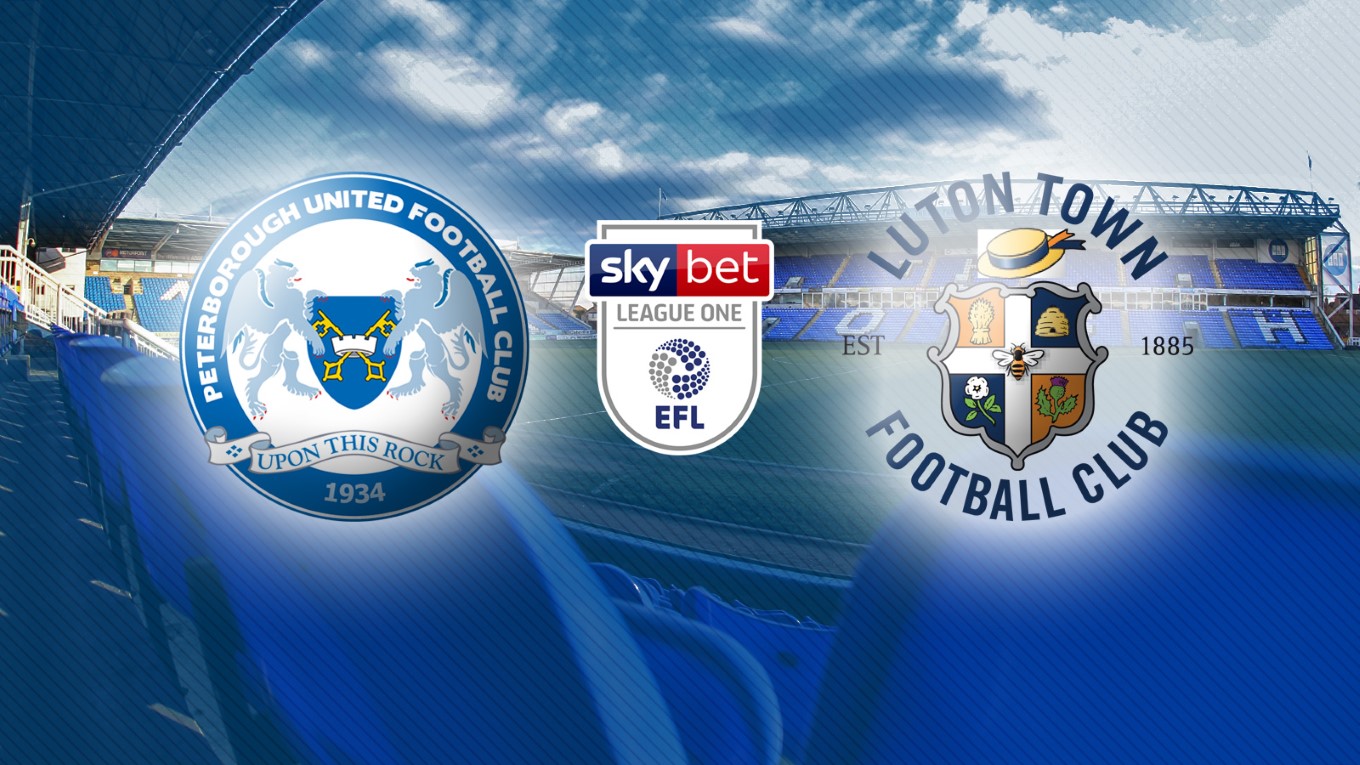 Peterborough United entertain newly-promoted Luton Town in Sky Bet League One action at the ABAX Stadium on Saturday afternoon (3pm) looking to make it three wins from three in league action following a 2-1 victory over Bristol Rovers and a comprehensive 4-1 away success at Rochdale.

The Hatters have had a difficult start to the campaign with a narrow defeat at Portsmouth and a hard fought draw against Sunderland and, like Posh, they were knocked out of the Carabao Cup at the first round stage with Championship side West Bromwich Albion winning 1-0 at the Hawthorns on Tuesday evening.

Manager Steve Evans has confirmed in his weekly press briefing that Mark O’Hara and Siriki Dembele are major doubts for the clash with Town. Both missed training on Thursday and Evans is not confident they will be involved on Saturday. Aside from those two, there are no other players currently struggling with injury.

Luton boss Nathan Jones is hopeful that striker Danny Hylton will be fit and available for selection after missing the Carabao Cup defeat with a thigh strain. Midfield man Elliott Lee could be pushed further forward to partner James Collins if he fails a fitness test.

“We have got a couple of players who are really struggling with injuries ahead of the game with Luton. Sirki and Mark O’Hara have both missed training and we have to listen to the medical personnel at the club and seek advice on them because we don’t want to make them any worse. I would say they are serious doubts though at this stage.

“Luton are a good side, they have a lot of quality but so have we. They have had two difficult matches in the league in terms of the sides that they have faced. I expect Portsmouth and Sunderland to be challenging and they have played them already. They will be backed by a large support at the ABAX and I am sure our supporters will rise to that challenge. They can really play their part this weekend,” Steve Evans said.

Tickets are available for Saturday’s game at www.theposhtickets.com, via the Ticketmaster hotline 0844 847 1934 and in person at the ABAX Stadium Box Office. Remember, it is cheaper to buy in advance. Luton have sold over 2,150 tickets for the game and will be accommodated in the Motorpoint Stand. It is all-ticket for Luton fans.

Situated close to the ticket office and outside of the Posh Venue, the fan zone opens at 1pm and features the Foot-Dart board, Foot-Pool and the Princebuild Speed-Kick inflatable. With the warmer weather set to return, we can also confirm that Frank’s Ices (ice cream van) will be in attendance and we are pleased to say that our popular face painter Hayley also returns so everyone can be sporting the blue and white colours ahead of kick-off. The mobile bar will be open and we are also pleased to confirm that Reed’s Events will be providing a DJ to get everyone in the mood for kick-off.