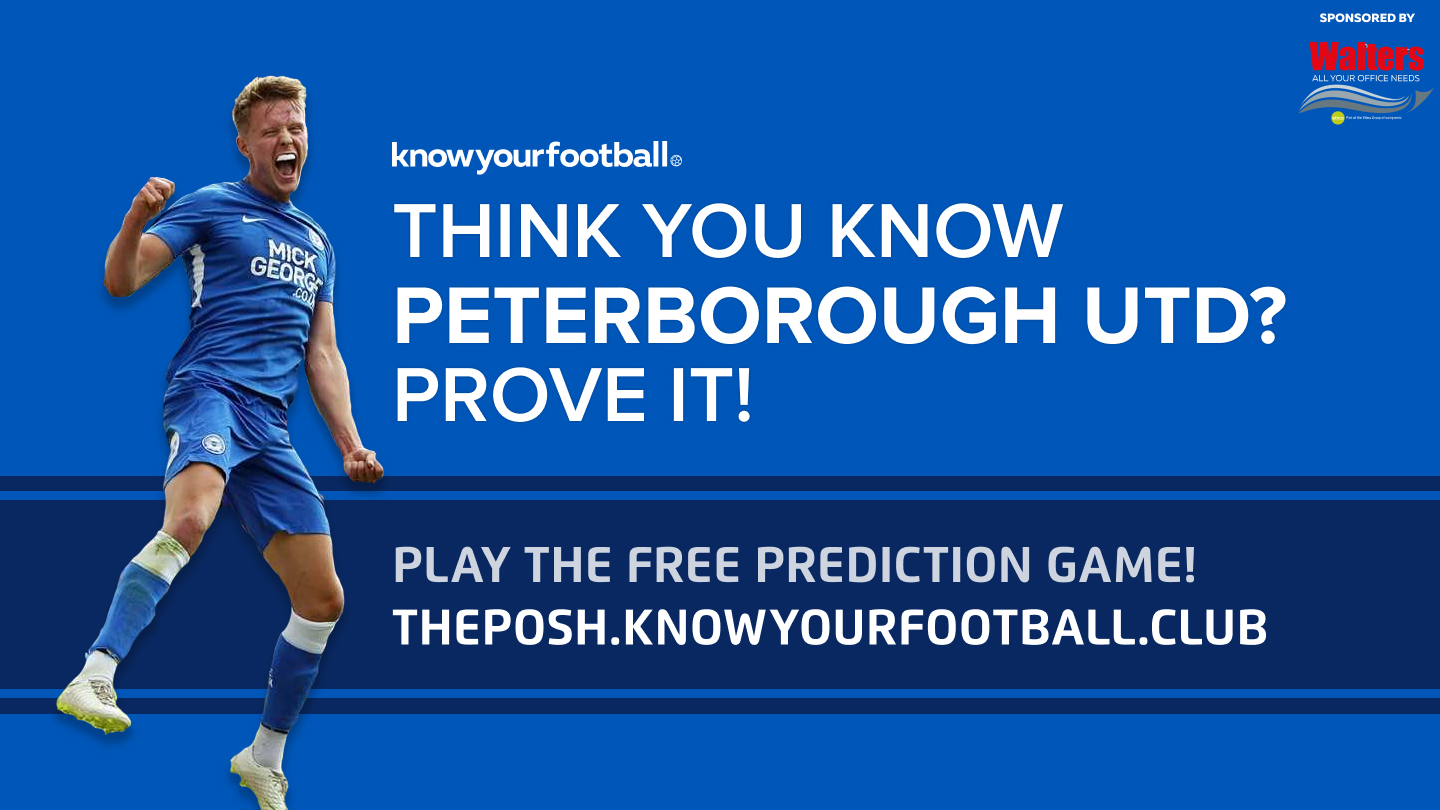 Test yourself against other Posh fans in our brand new Prediction game!

It gives you the chance to compete against other Posh fans to prove you are the most knowledgeable supporter around.

You predict the score, a Posh scorer and the time of the first goal in the game by either team through an easy-to-use website.

For a correct score you collect five points, with three points for correctly predicting whether Steve Evans’ men win, lose or draw.

There is also one point for every goal bagged by your selected scorer and a point for picking the 15-minute period of the first goal.

Players are ranked in both monthly and seasonal league tables with other fans.

The player that scores the most points each month wins an exclusive Posh prize.

The tables are reset at the start of each month and there’s a new chance to win, so if you get off to a slow start or if your form drops over the busy festive period, you don’t have to wait long to be in the running again.

Prizes over the course of the season will include match tickets, signed memorabilia, Posh kits and a matchday hospitality package.

The prize for topping the table at the end of August will be a Posh home shirt, signed by the first team squad.

The highest scoring player over the season will win the chance to appear in the team photo for the 2019/20 season.

There is also the chance to win Posh bragging rights among your friends and family. Set up your own mini-leagues to confirm once and for all you know the most about your club.

Walters are the proud sponsors of the Know Your Football prediction game. Founded nearly 60 years ago, Walters is now one of East Anglia’s largest providers of office supplies, office furniture, printing and LED lighting products.