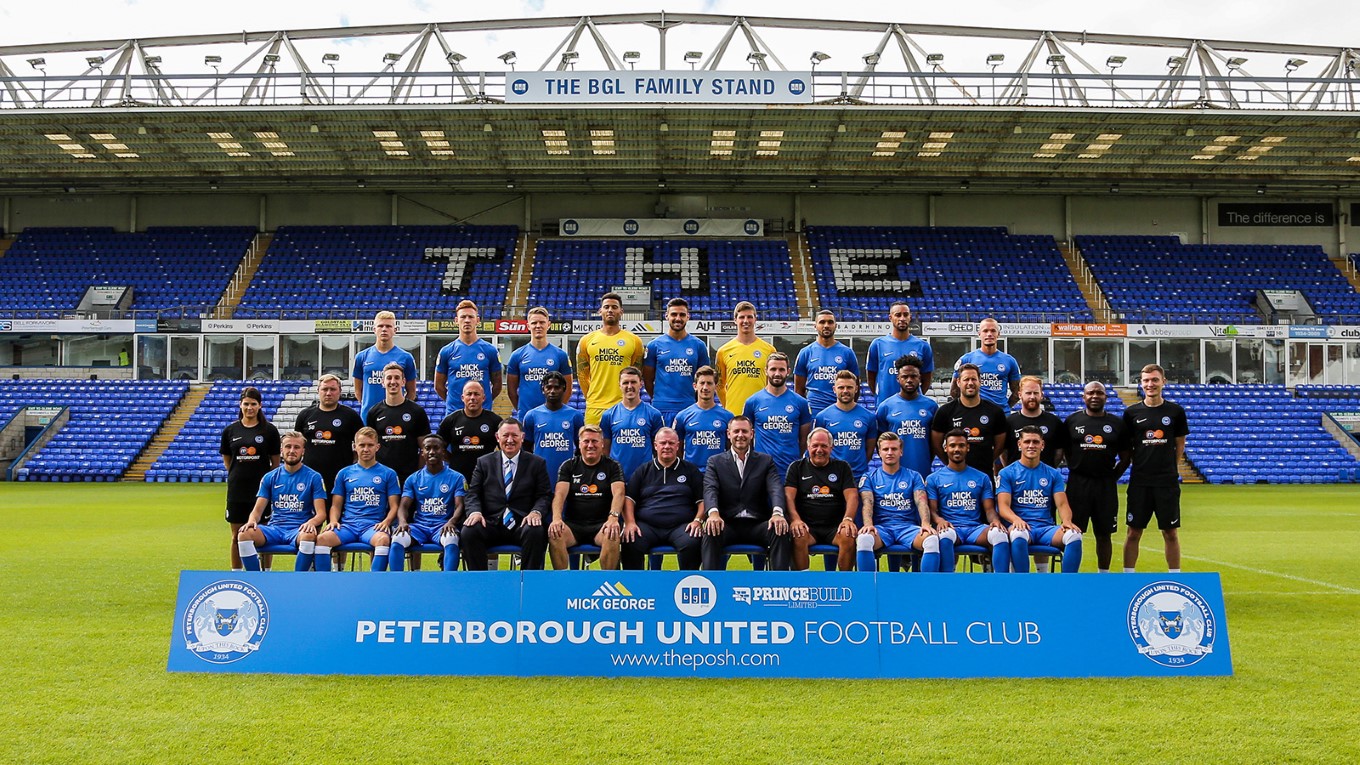 The squad photograph ahead of the new campaign has been released.

We are pleased to present the 2018-2019 Peterborough United first team squad! Manager Steve Evans was joined by chairman Darragh MacAnthony, members of the board of directors and the players for the official photograph at the ABAX Stadium ahead of the new campaign.

This official team photograph is now available to download for desktop and mobile wallpapers and will also feature in the match day programme for the Sky Bet League One fixture with Luton Town.

The photograph features a new look-look Posh squad containing 14 arrivals as well new arrivals behind the scenes including Kit Man and Hall of Famer Trevor Quow.