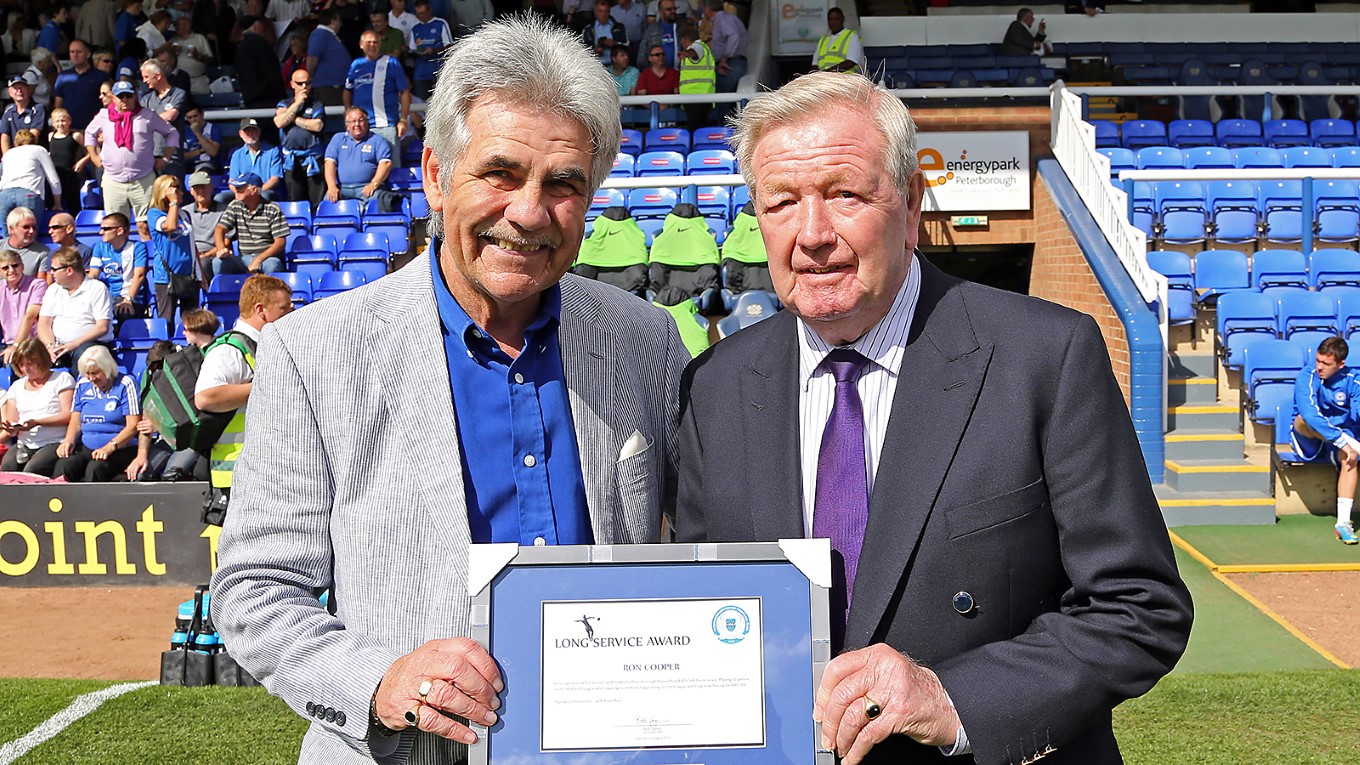 Ron played from 1958 to 1960 Midland League playing 13 games. Then went on to appear for Posh Reserves in the Football Combination before finally making his football league debut from 1963/64 season up to 1967/68 making a total appearance of 150 games.

Ron played mainly as a full back and for his long and loyal service to the Club he was granted a benefit match against Derby County in 1968, where Derby’s manager was Brian Clough who actually made an appearance for his side and scored a goal for their 4-2 win.  Ron was a very strong and determined player who always gave 100%.

There are still some Posh connections with Ron’s grandson Sam Edwards, who provides the BBC Cambridgeshire match day commentaries. Ron will be sadly missed by his family and all who knew him RIP Ron.