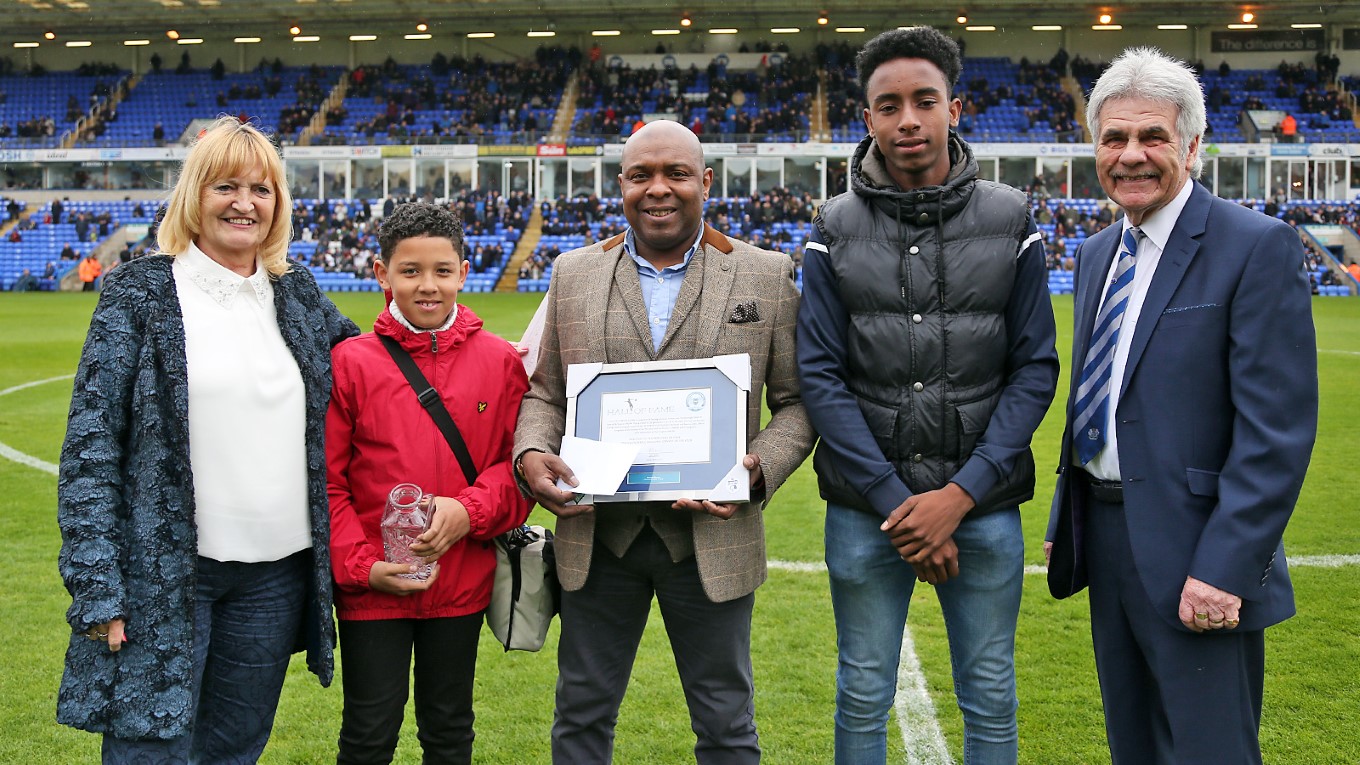 Quow Inducted Into Hall Of Fame

Former Posh star is the latest inductee into the football club's Hall of Fame.

Ahead of the final Sky Bet League One fixture of the season at the ABAX Stadium, the football club were pleased to induct Trevor Quow into the Hall of Fame, with the presentation taking place before the 2-0 victory over Fleetwood Town.

Club Historian Peter Lane and his wife Sandee made the presentation with Sandee also handing over a cheque for just over £1,000 to Trevor. The money raised during a fundraising evening with the management team earlier in the year to help Trevor and his daughter.

His daughter was born eight years ago with a chromosome disorder so rare only one other youngster has ever received the same diagnosis and life expectancy is not long. His house needs renovating to provide better care prompting the Posh boss Steve Evans to put on the question and answer session to raise funds.