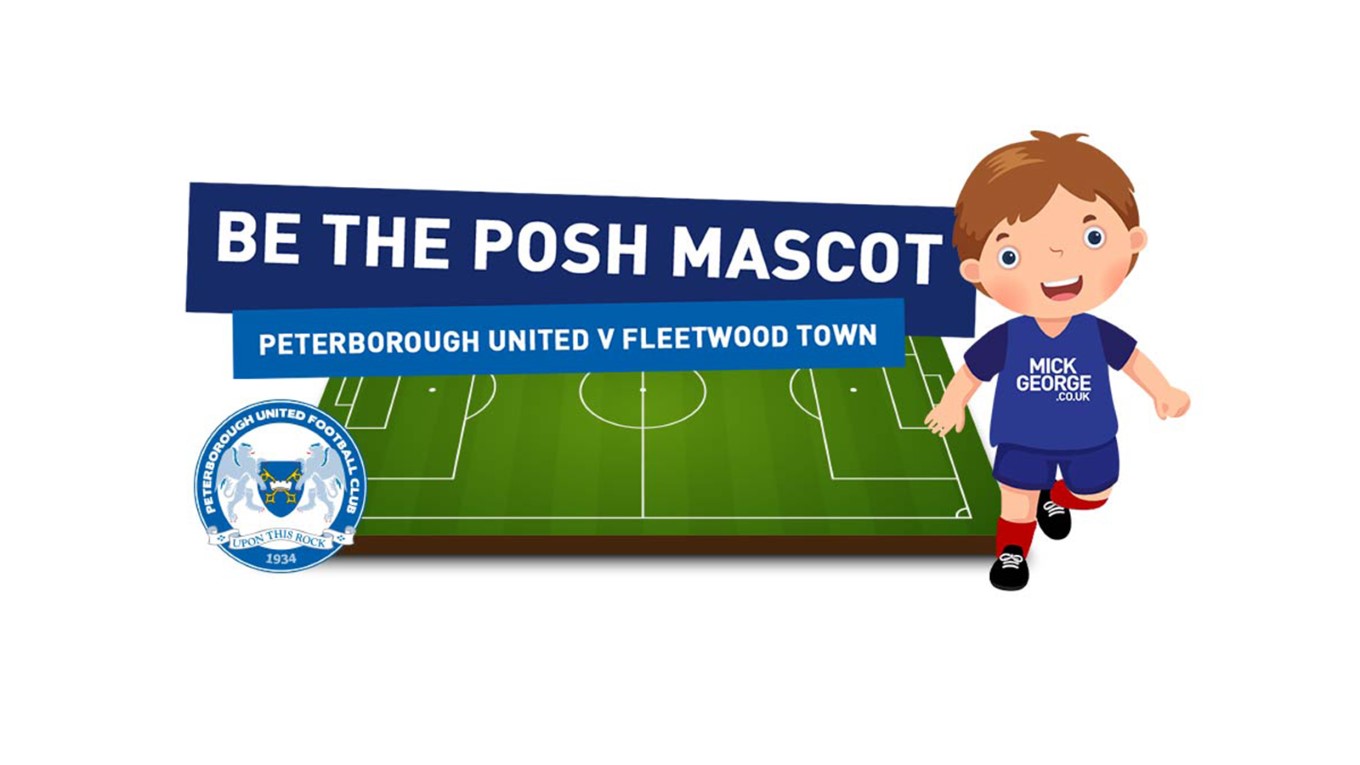 It’s been a frenetic season with lots of twists and turns, but since the new managerial team arrived at Peterborough United FC the mood surrounding the ABAX Stadium has certainly improved and has consequently contributed to the upturn in results on the pitch, setting up an exciting finale to the end of the campaign.

The club is well positioned in the table but if they are to secure one of the available playoff positions, then they are going to need the continued support of the Posh faithful through to the very end.

Official kit-sponsor Mick George Ltd will be sponsoring the last home league fixture against Fleetwood Town - Saturday 28th April, kick-off 3pm, and the local business is pulling out all the stops to ensure it is a memorable occasion for the club’s supporters.

Two lucky youngsters can be mascots for the match. The selected mascot will join the team for a warm up and then lead the team out onto the pitch ahead of kick-off. Other highlights will include meeting the players, having a tour of the changing rooms and collecting autographs and photographs. To register, please visit www.mickgeorge.co.uk/poshmascot before 19th April, 2018.

While the more ‘mature’ fans also have a chance to get in on the action. A special hospitality package is available for two people, which includes a full-stadium tour, three-course-meal, half-time refreshments, the opportunity to meet the Man of the Match, as well as enhanced seating throughout the game. To register, please visit www.mickgeorge.co.uk/poshhospitality before 19th April, 2018.

Jon Stump, Finance Director at Mick George Ltd commented: ‘’The club has put itself in a favorable position but there is still plenty of points to play for. Everyone connected with the club is hoping that they can achieve the season-long goal of promotion, but first and foremost it’s about cementing that playoff position.’’

Stump continued: ‘’Only last month we run the VIP experience for nine fortunate supporters who travelled to Oxford United FC in luxurious style, and that was most certainly received very well. I’m sure that the packages being offered in this instance will be equally well received for the fortunate recipients.’’