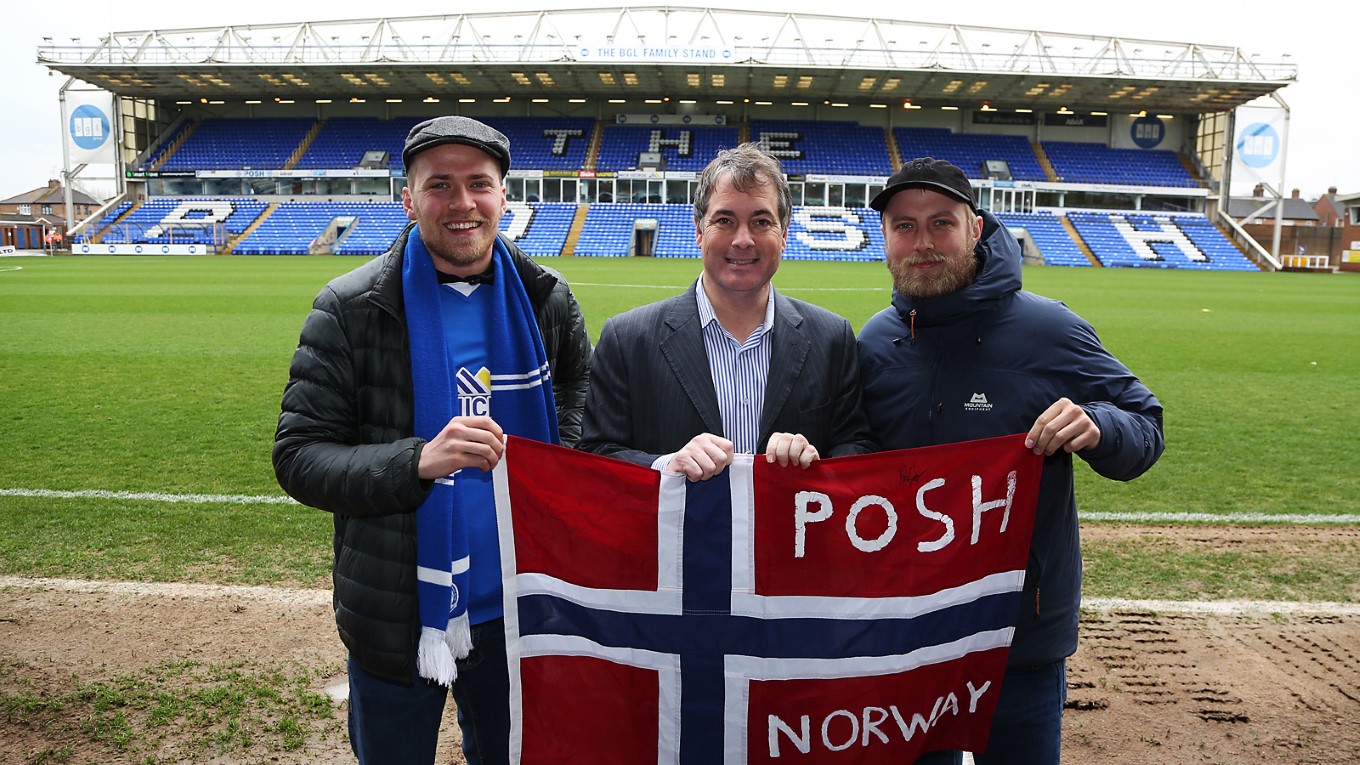 Posh Fans Around The World

Social media has proved to be a great way for supporters around the world to keep in touch and following another visit from Norway, the football club a are today launching an attempt to find out where other Peterborough United fans are based across the globe.

With new co-owners Jason Neale and Stewart Thompson based in Canada and chairman Darragh MacAnthony spending the majority of his time in the United States, the love for the football club is no different whether you are 10 miles from the ABAX Stadium, or 10,000.

Our friends from the ‘PeterboroughNorway’ group were present at the recent local derby victory over Northampton Town and as a thank you for their continued support, we are delighted to officially recognise them as a supporters’ group.

Håkon Rolstad Nilsen, the leader of the group, said: “We currently have nine members of our group and we try to get over as many times as is possible. It all started in 2010-2011 when Vegar Kleivdal, who I lived with during my studies, saw Posh play on television and we decided to create the group. A few other Norwegians starting following us on Twitter and now they are Posh fans too. Some of them I have never met, they are based across Norway, but it is great to see the support grow.”

The group, who bring a Norwegian flag with them to the games they watch, are growing all of the time and they have already confirmed they will be heading back to Peterborough should the club reach the play-offs.

Club Press Officer Phil Adlam said: “The ‘PeterboroughNorway’ group is a great example of how a supporters’ group can grow regardless of the location. They are wonderful supporters of the club and we always look forward to them visiting the ABAX Stadium. Hopefully we can see them again in May for the play-offs.

“It got us thinking about where other Posh fans are based around the world. We know through iFollow that a lot of subscribers are based out of this country and we want to find out exactly where, so we have created a map that we will update every time a supporter contacts us with their location.”

If you are based overseas (not just on holiday) email aroundtheworld@theposh.com with a selfie of you in your home village/town/city next to a landmark or road sign and a brief overview of your support for the football club and we will highlight you on our map which will be available to see on the website soon.

You can also get involved if you are based around the UK so please send your photos in!