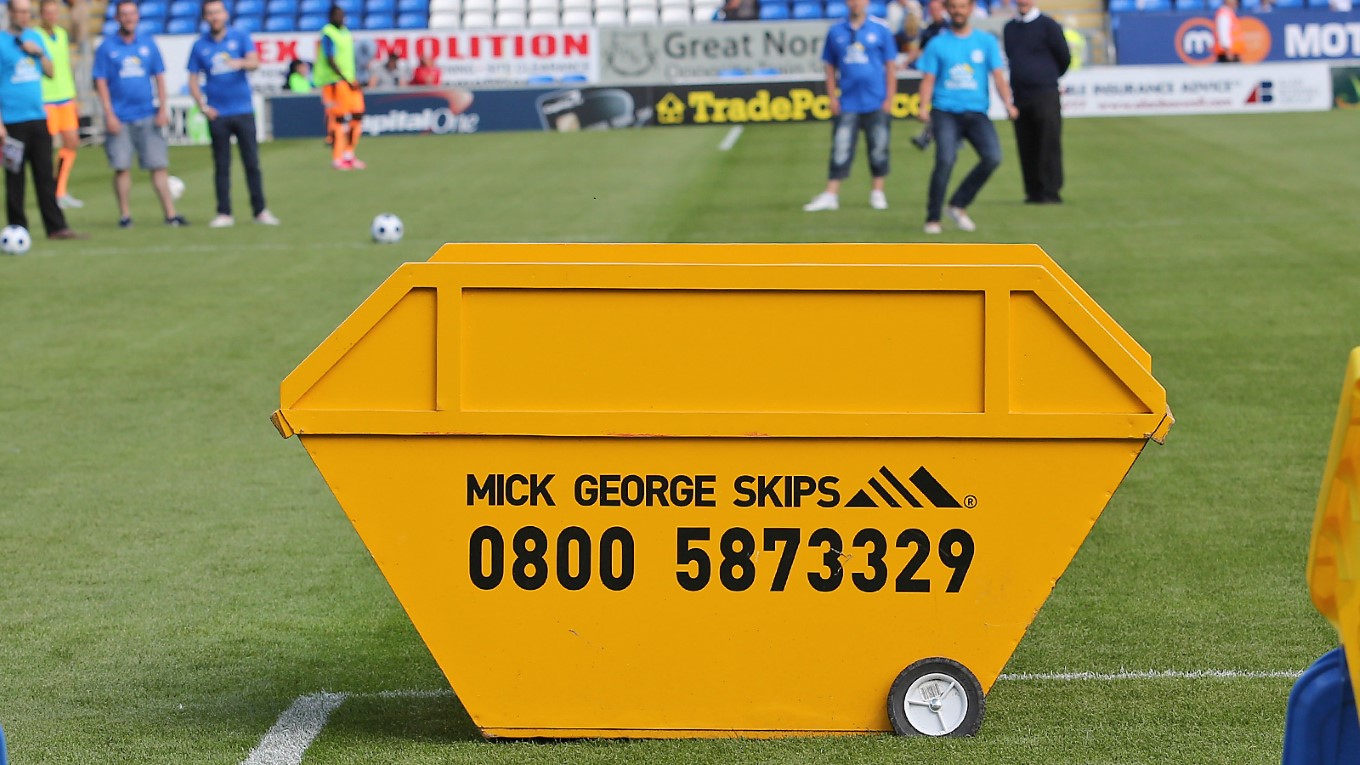 It’s been a frenetic season with lots of twists and turns. Despite falling just shy of the playoff positions, everyone connected with the Club is determined to finish the campaign on a high, signaling intent for the season ahead with the new managerial team in place.

As well as providing two lucky youngsters with the opportunity to be mascots for the match, hospitality offerings have also been provided for some of the more ‘mature’ supporters.

And that’s not all. Throughout the season, Club fans have been participating in the Skip Challenge during the half-time interval all geared towards a showdown between the two spectators who top the leaderboard. The two-people going head-to-head for the £500 prize fund this weekend, will be Owen Garfoot and Andy Cornwell.

Jon Stump, Finance Director at Mick George Ltd commented: ‘’The last home game of the season is traditionally a joyful experience and we’re keen to ensure that is the case this time around. We’ve engaged in various supporter activities of late that have all been well received, so it would be good to sign of the season in the same manner.’’