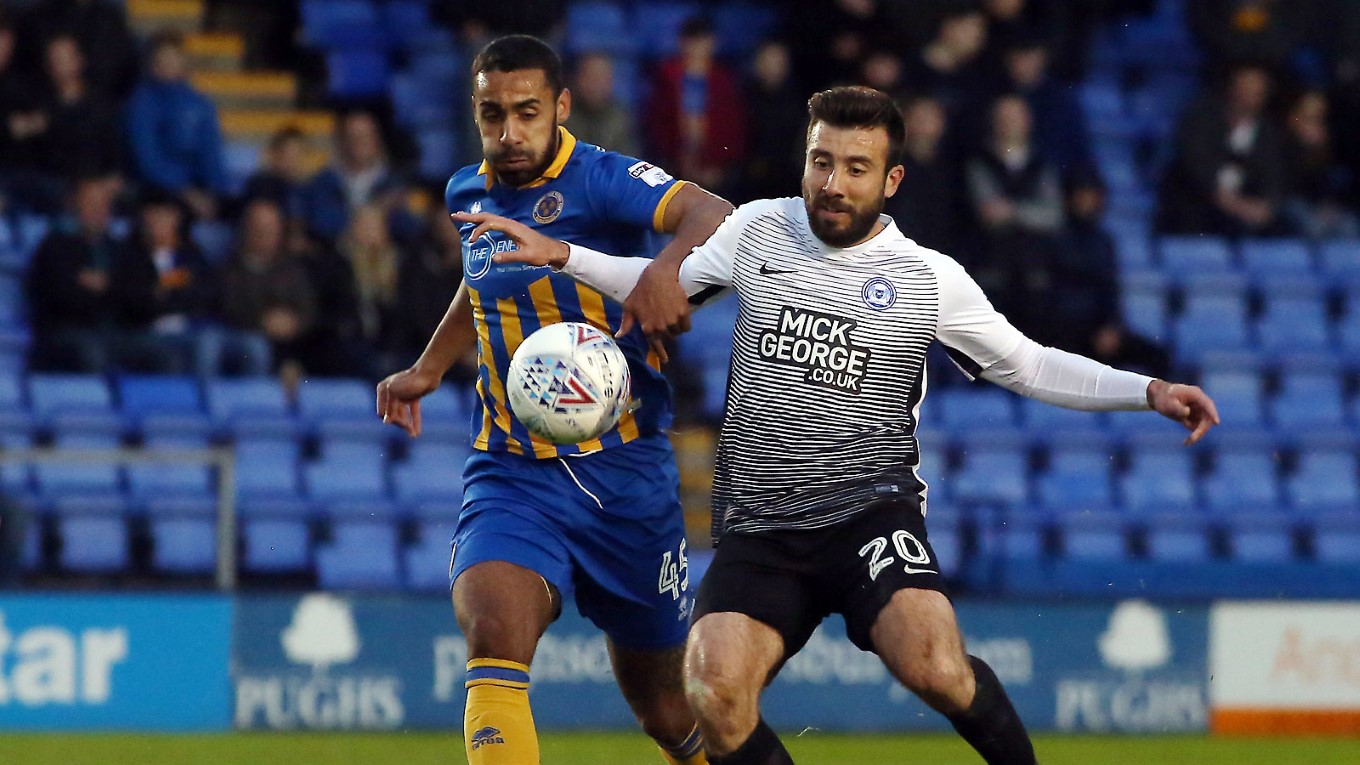 Posh slip to 3-1 defeat to Shrewsbury Town in Sky Bet League One action.

Peterborough United threw away a 1-0 lead to lose 3-1 at Shrewsbury Town in Sky Bet League One action with Gwion Edwards' goal wiped out by three second half goals at the Montgomery Waters Meadow.

The first effort on goal came inside the opening two minutes for Ben Godfrey, but he saw a powerful side-foot go wide of the far post. Anthony Grant received a yellow card moments later for a foul on the far side of the pitch.

Thomas sent a curler over the top on nine minutes from just outside the box as the hosts went close to the breakthrough. Ward saw a low shot go wide of the target at the other end on 12 minutes after a good knock down by Cooper.

On 14 minutes, Posh made the breakthrough and it was Gwion EDWARDS\with it, the Welshman allowed time and space to cut inside on to his right-foot and from 25-yards, he fired low past goalkeeper MacGillivray.

Lloyd was denied by the keeper on 20 minutes, his toe poke on the stretch well smothered from the keeper who dashed from his line. Edwards saw a goalbound shot blocked before Cooper sent a curler from 25-yards inches wide of the far post.

Bond was called upon to make his first save of the evening on 41 minutes to deny Beckles as Posh struggled to clear a free-kick. Two minutes of injury time was signalled by the match official and Steve Evans' men controlled that period without any issues.

Bond did well to deal with a deflected Morris effort moments after the re-start as the hosts came out of the traps quickly. Posh had a great chance to double the lead on 53 minutes, Cooper racing clear and picking out Da Silva Lopes in a wonderful position, his fierce drive was superbly stopped by the keeper and then Ward fired a second chance wide from 10-yards.

The home side got themselves level from a set-piece, the third corner in a row, it was low, Posh failed to clear and BECKLES stabbed the ball home from close-range. Moments later and somehow Posh missed a plethora of chances, Lloyd saw a shot cleared off the line by Beckles, the keeper then denied Ward before Hughes fired low and wide of the target from 10-yards.

Morris sent a low shot wide of the target on 66 minutes after dancing through the Posh midfield, Cooper sent a similar effort wide at the other end after Grant led a counter attack charge. On 73 minutes, a terrible error from Baldwin gifted the home side a second goal, PAYNE'S shot takes a deflection and nestles in the corner.

It was 3-1 deep into stoppage time as substitute JOHN-LEWIS fired low into the back of the net as Posh failed to clear an aerial ball.