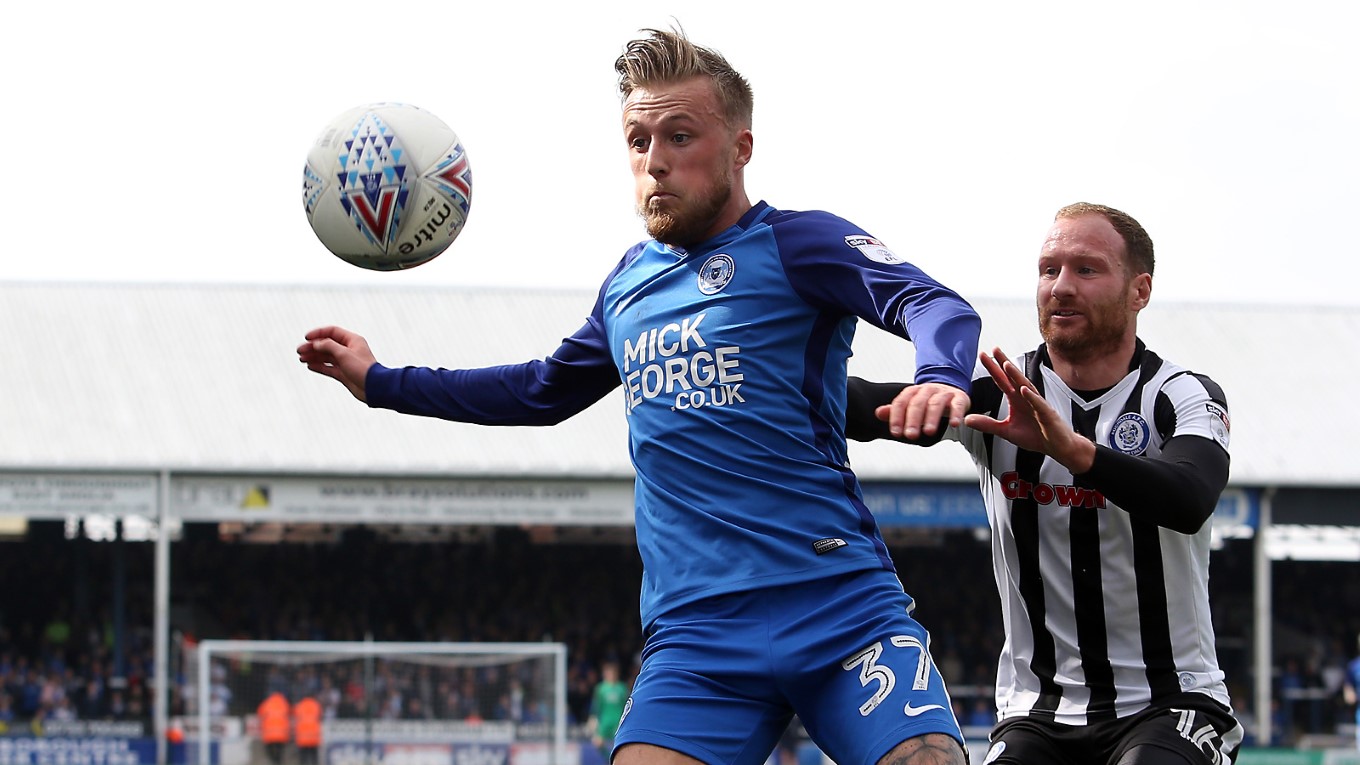 Match report for Peterborough United vs Rochdale on 14 Apr 18

A goal from Ian Henderson secured Rochdale all three points at the ABAX Stadium in Sky Bet League One action.

Peterborough United suffered a 1-0 defeat to Rochdale at the ABAX Stadium as the club’s play-off hopes took a huge hit on an afternoon of frustration with Steve Evans’ men failing to take advantage of a numerical advantage for the final half an hour.

Posh appealed in vain for a penalty on four minutes as Jack Marriott’s acrobatic volley was blocked by a Rochdale defender, the home faithful and the Posh players close to the action believing the block to have been made by the hands of McNulty.

The deadlock was broken on the quarter mark and it was a scrappy goal for Posh to concede, HENDERSON eventually scooping the ball into the roof of the net with his right-foot as the hosts wasted a number of chances to clear with O’Malley doing well to deny Andrew.

Morias fired wide from distance after linking with Jack Marriott on 20 minutes following a long clearance from O’Malley as Posh tried to get back into the contest. Kitching saw a low shot go wide of the target on 26 minutes as Dale found some room in midfield.

Henderson sent an acrobatic overhead kick wide of the target on 32 minutes after O’Malley was blocked off at a corner kick. Camps was cautioned by referee Mr Coggins for a blatant obstruction on Edwards on 35 minutes.

Kitching was cautioned for a dive moments later after throwing himself to the floor under a non-challenge from Cooper. Cooper then saw a curler from 30-yards drift just wide of the far post with the ex-Crewe man not far away from levelling the scores.

Three minutes of injury time was signalled before the referee brought an end to the first period. There were no changes at the interval and Posh started the second half keen to get themselves on level terms, Freestone not far away from getting on the end of a low Morias cross.

Rochdale were reduced to 10-men on 51 minutes as Henderson was shown a straight red card for a shocking lunge on Edwards. Lillis then produced a fine stop to tip a deflected Hughes header around the post before Baldwin powered a header straight into the keeper’s arms.

Lillis was then able to stretch and reach a deflected Morias volley on 55 minutes. Edwards saw a downward header somehow kept out by the body of Lillis and then Hughes headed wide as Posh piled on the pressure.

Rochdale boss Keith Hill used all three substitutes to try and shore up the game, Kgosi Ntlhe one of the players introduced. Danny Lloyd replaced Morias as Steve Evans tried to find a formula to find an equaliser.

Posh had the ball in the back of the net on 73 minutes as Lloyd’s piledriver was parried by Lillis into the path of Edwards who nodded the ball over the line but the offside flag curtailed Posh celebrations. Edwards then fired into the side-netting as time ticked by.

O’Malley did well to deny substitute Thompson on 76 minutes after he raced onto an Andrew flick and the Dale striker then struck the top of the bar with a powerful header from the resulting corner kick. On 80 minutes, Edwards sent another curling effort over the crossbar.

Andrew who should have been cautioned earlier for a bad foul on Ward was finally cautioned on 88 minutes. Cooper saw another effort gathered by Lillis moments later after cutting inside onto his left-foot.

Four minutes of added time was indicated as Ward scooped an effort over the crossbar from a short corner kick routine. Marriott saw a shot somehow cleared off the line deep in stoppage time by Rafferty.

Lloyd then saw a looping header tipped around the post by the keeper before the final whistle was blown.