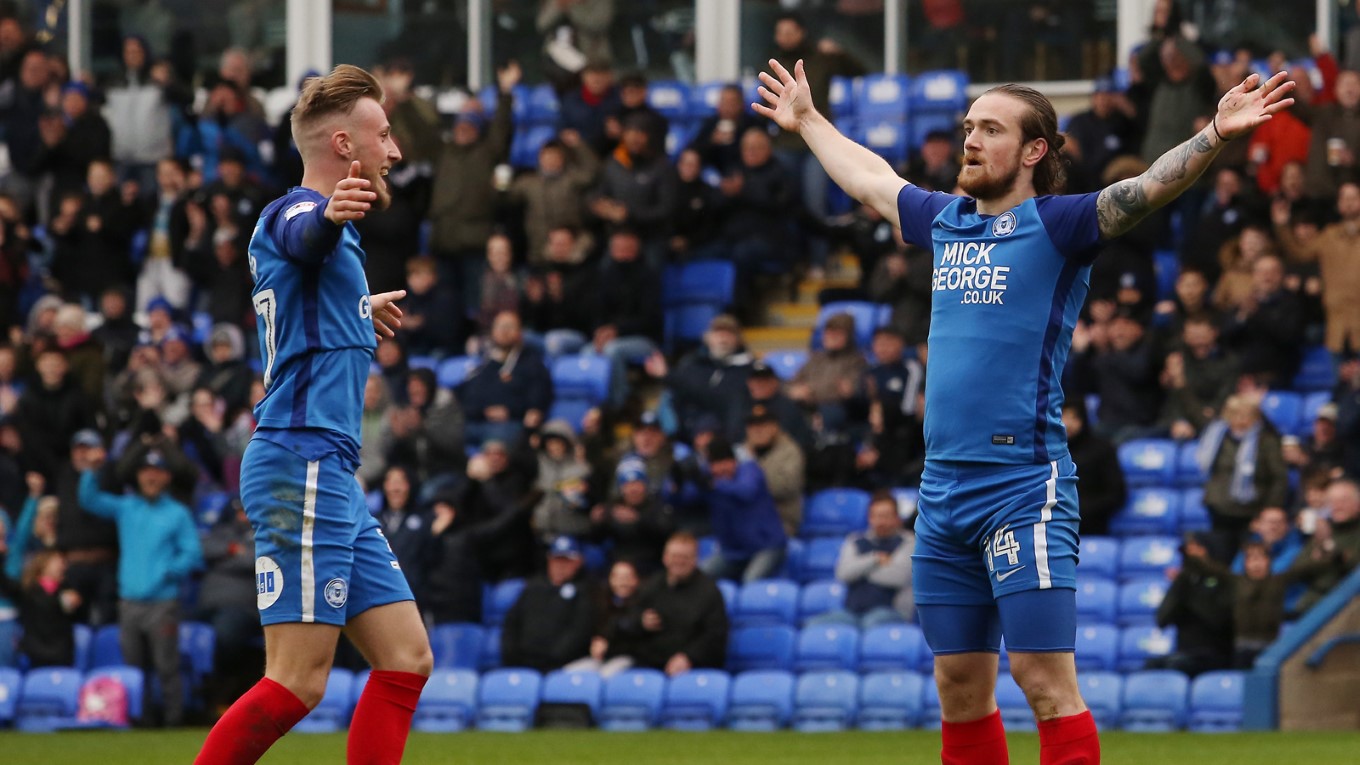 Peterborough United concluded their home Sky Bet League One programme with a comfortable 2-0 victory over Fleetwood Town at the ABAX Stadium with Jack Marriott taking his total for the season to 33 with a typical superb finish.

Goalkeeper Chris Neal was called upon inside the opening 10 minutes to deny the league’s top goalscorer Jack Marriott as he raced onto a fine Marcus Maddison pass, the keeper denying the former Luton Town front man with his legs.

Ashley Eastham fired wide from long-range at the other end as the Cod Army put together a neat period of play. George Cooper saw a low shot well gathered by Neal after an intelligent header from Marriott on the quarter hour mark.

Sowerby had a go from range moments later with his powerful drive just going over the crossbar. Anthony Grant came desperately close to his first goal in a Posh shirt on 21 minutes as his powerful effort from 25-yards smacked the underside of the crossbar before being hacked clear.

Marriott glanced a Maddison free-kick wide on 43 minutes as Posh tried to find the breakthrough before the interval. One minute of added time was indicated by the fourth official but there no action to report.

The deadlock was broken on 52 minutes and it was a trademark lob from striker Jack MARRIOTT who lifted the ball over the advancing goalkeeper with his right-foot for his 33rd goal of the campaign.

Cooper saw a clever lob drift just over the top on 56 minutes as Posh pushed for a second goal in the tricky conditions. Neal diverted a fierce drive from Edwards onto the crossbar moments later, although the keeper would have been relieved to see it hit the woodwork after failing to grab the effort at the first attempt.

Jonathan Bond produced his first save of the afternoon on 67 minutes, beating a curler from Ashley Hunter away from danger. Cooper saw a left-foot shot go wide of the near post at the other end after cutting inside onto his favoured foot.

Posh made a change in the final quarter of the match with Danny Lloyd replacing Maddison who departed to standing ovation. On 76 minutes, Bond managed to keep out an over-hit Coyle cross before parrying a low Dempsey shot away from danger.

Posh doubled the lead on 77 minutes and it was a fine goal in both its creation and its finish – substitute Danny Lloyd with good work on the left and his driven cross was superbly guided home on the volley by George COOPER.

Hiwula was a whisker away from reducing the arrears on 80 minutes, but his side-foot volley somehow rolled the wrong side of the post for the Cod Army. In stoppage time, Coyle cracked the top of the crossbar with a superb curling effort as the visitors came close to a consolation goal.