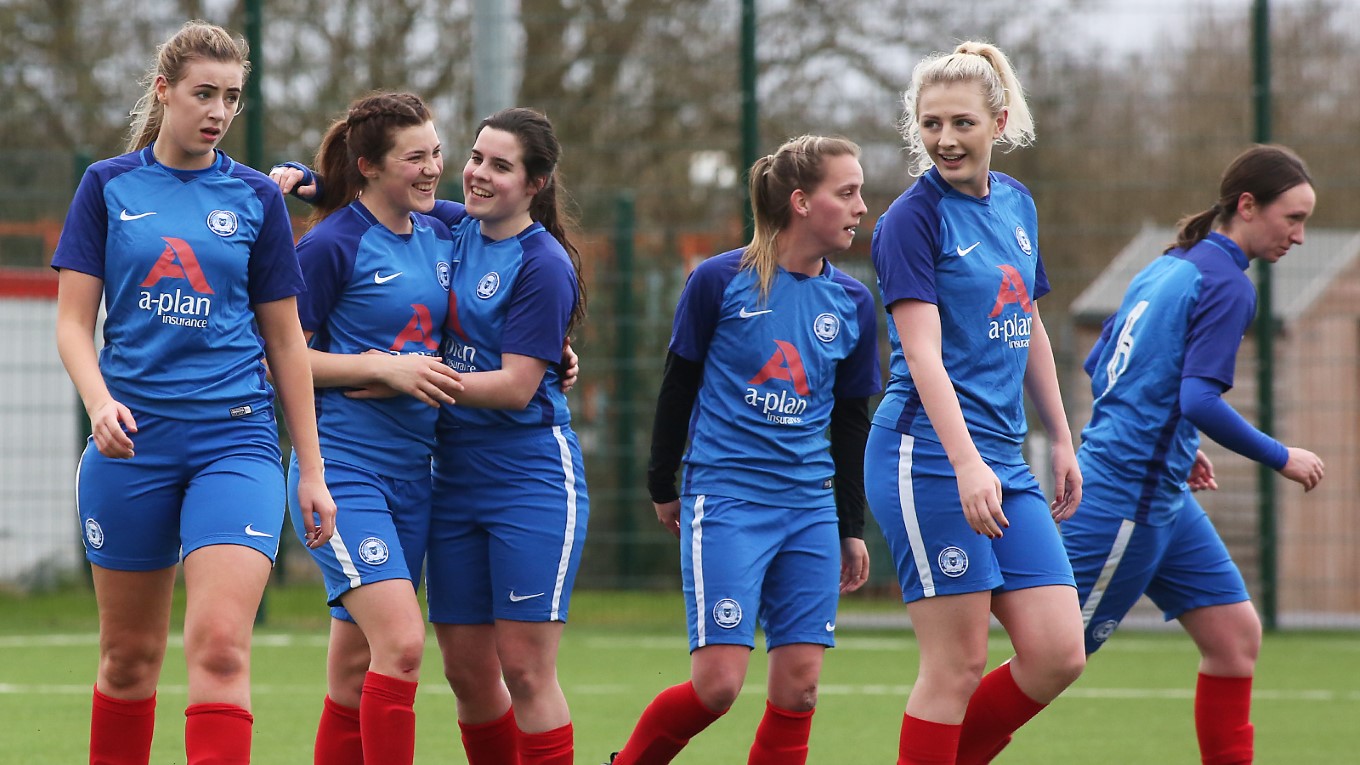 Peterborough United continued their fine league form with a convincing 13-3 away victory against Leicestershire based Heather LFC. Posh went ahead after just four minutes when the ladies top goalscorer Keir Perkins capitalised on an error by the opposition goalkeeper.

Heather bounced straight back after a mix up in the Posh midfield to make it 1-1. Perkins doubled her and Posh's tally for the afternoon to edge Posh back in the lead - 2-1 Posh. Heather once again drew level, winning a penalty which they coolly converted - 2-2.

Heather grew in confidence and took a 3-2 lead thanks to a long range free kick. Not Posh's finest half an hour of football. Posh kicked into gear after going behind though and Perkins grabbed her hat trick and midfielder Jess Driscoll got Posh back on track with a penalty, after Tash Applegate was tripped in the box to make it 4-3.

Amy Gore made it 5-3 after another positive run from Applegate and Perkins bagged her fourth just before half time making it 6-3 at the break.

Posh tightened up defensively in the second half and were not to concede again. Posh and Driscoll started the second half in similar fashion to how they ended the first, when she slotted home on 48 minutes to make it 7-3.

Driscoll secured her hat trick after the hour mark and Perkins scored a further three in the second half (seven in total). Applegate and Emily Smith concluded the rout to make the final score 13-3.