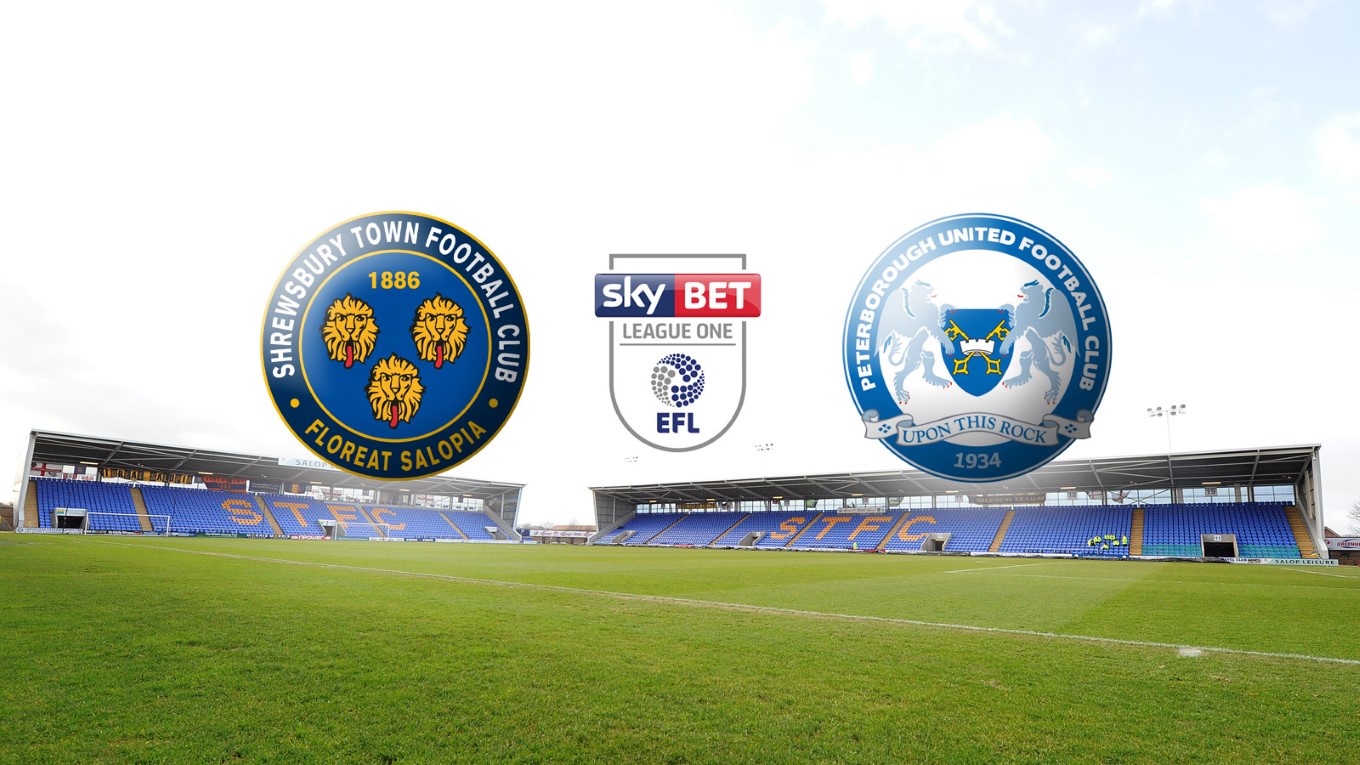 Peterborough United make the trip to promotion contenders Shrewsbury Town on Tuesday evening (7.45pm) in Sky Bet League One action knowing that anything less than three points will make the chances of reaching the play-offs near on impossible with just two games to come following tonight's contest.

Steve Evans' men are currently six points adrift of the play-off pack following the 3-1 defeat to Blackburn Rovers on Thursday evening while the Shrews need to collect three points to stay in the mix for an automatic promotion slot although Blackburn are in pole position and are also in action this evening.

Ryan Tafazolli, Alex Penny and Marcus Maddison are all expected to miss the trip to the Greenhous Meadow although the latter has a sniff of a return as he continues to improve following a spell on the sidelines with an ankle injury.

Town have a number of undisclosed knocks to assess, while Shaun Whalley was absent with an injury sustained against Charlton and could be out again. Forward Stefan Payne (groin) was an unused substitute against the Addicks and missed the game with Bury, while defender Junior Brown and midfielder Abumere Ogogo are long-term absentees.

“I want us to finish as high as we possibly can in the division. We are up against a very good side and the manager of the season in League One in my opinion in Paul Hurst. He has done a wonderful job at Shrewsbury and deserves a lot of credit. We will go there and try and get a result,” Steve Evans said.

“Nearly all we keep going on about – people might not see it that way – but it’s in between the ears and your approach, attitude and mental side of the game that allows you take a better pass or take care of a pass. That’s what we’ve got to try and get from the players. They’ve done fantastically well to finish third in this division. You only have to look at Bury and the money they’ve spent hoping or perhaps expecting to be fighting for play-offs minimum but have been relegated from the league.  It is a good achievement but we all want that ending and I want us to get back to how we played earlier in the season,” Paul Hurst said.

Just over 100 tickets have been sold in advance for the match. The game is not all-ticket and fans can pay on the night.

The match referee is Mark Heywood.